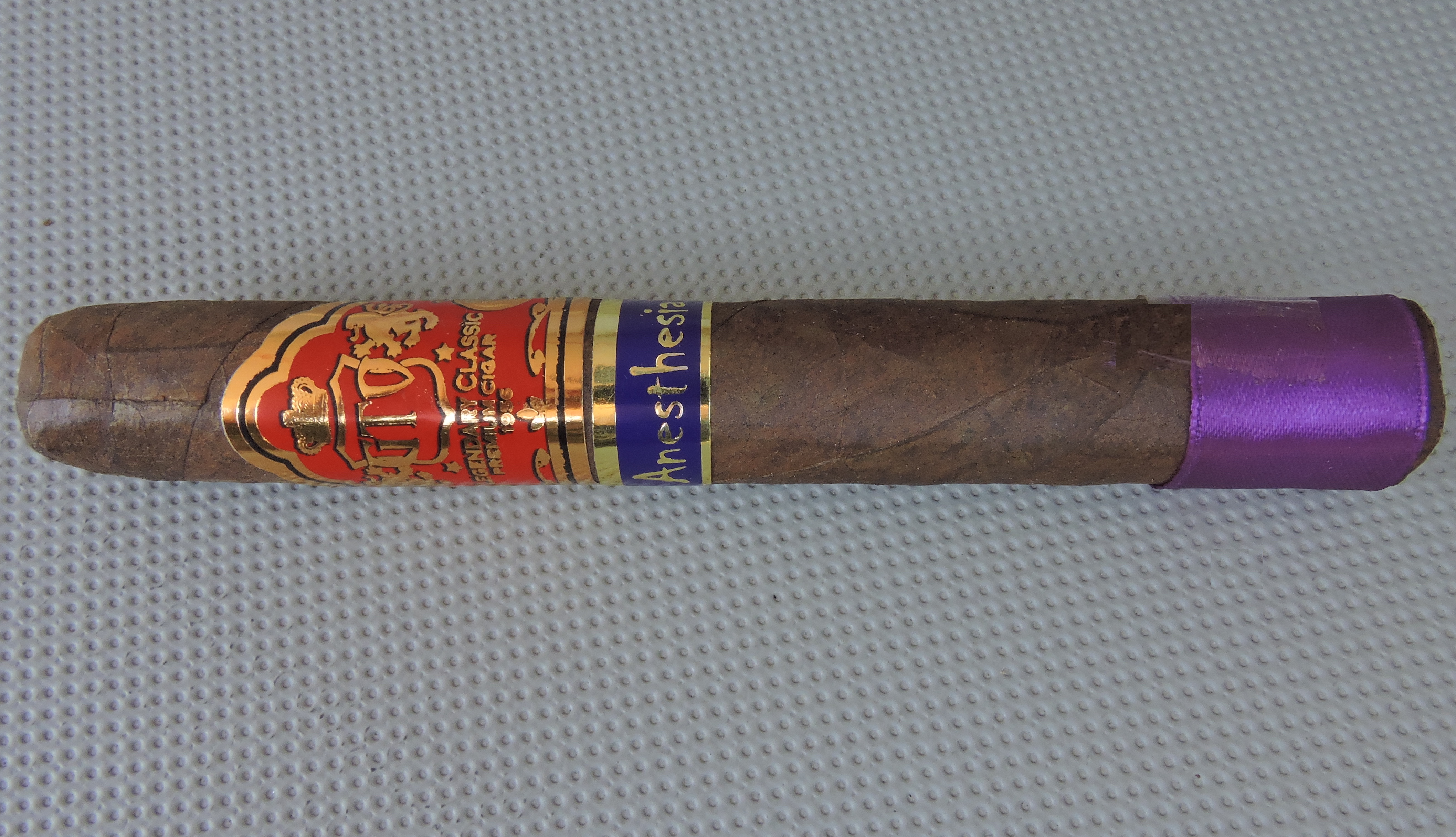 In 2017, GTO Dominican Cigars launched a line known as Anesthésia. GTO Dominican Cigars is a small boutique vertically integrated company owned by Dr. Oscar Rodriguez. The brand has built a solid following in the southeast part of the United States. The GTO Anesthésia release was designed to be the company’s fullest bodied offering to date. Anesthésia is a Dominican puro that comes in two blends – Maduro and Corojo. Both blends are offered in a Toro size and both blends are packaged in 24-count boxes with each box offering 12 cigars of each blend. Today, we turn our attention to the Anesthésia Maduro blend. 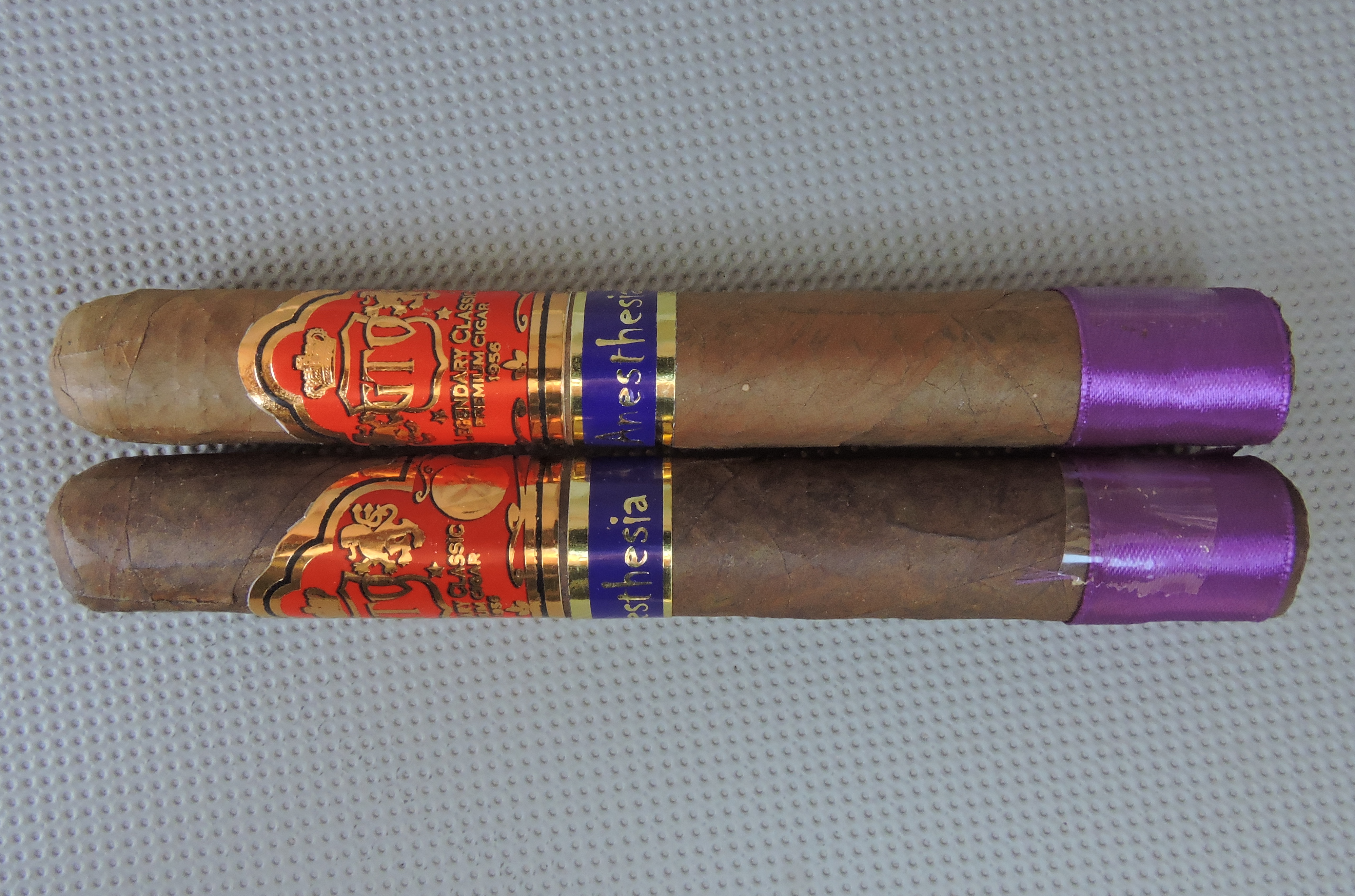 Rodriguez is a doctor who was originally based in the Montgomery, Alabama area. He has roots in the Dominican Republic where his family has been cultivating and growing tobacco for six decades. As mentioned, GTO Dominican Cigars is a small vertically-integrated operation. In addition to growing and cultivating its own tobacco, the company has its own factory, Tabacalera GTO Dominicana – which is also located in the Dominican Republic. Rodriguez has incorporated his medical background into the theme of some of his cigars releasing brands such as Pain Killer, Trankilo, and of course Anesthésia.

Without further ado, let’s break down the GTO Anesthésia Maduro and see what his cigar brings to the table.

The GTO Anesthésia Maduro, as well as its Corojo counterpart, are 100% Dominican puros. 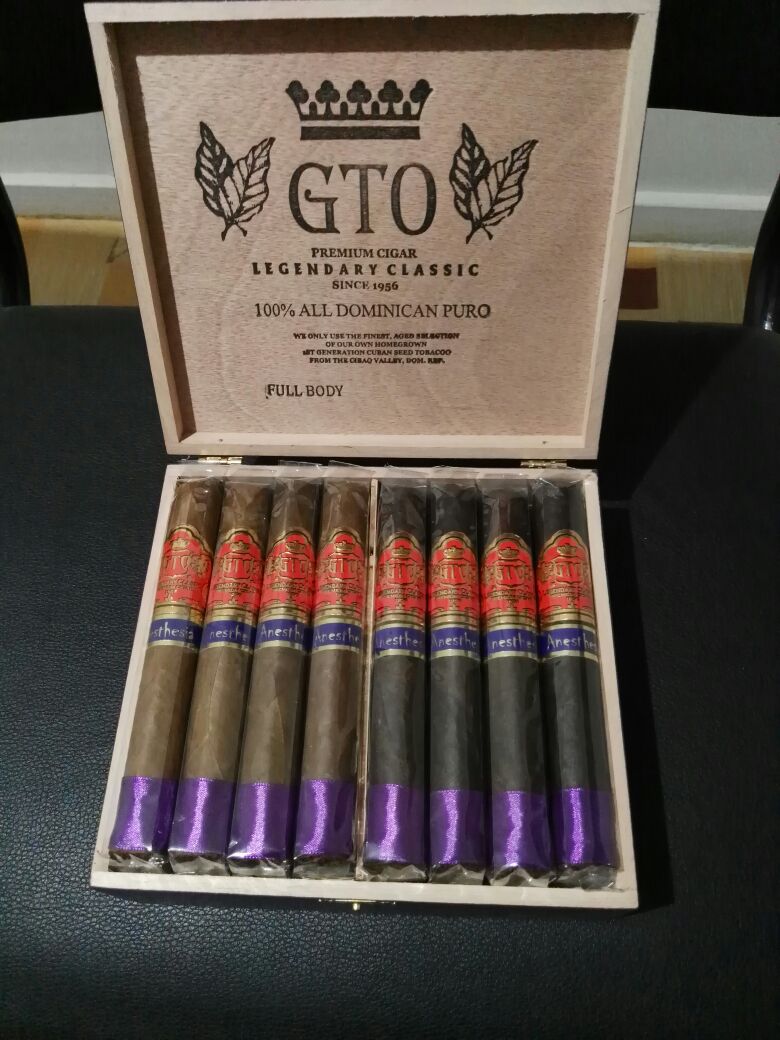 The Dominican wrapper of the GTO Anesthésia Maduro had a chocolate colored dark brown wrapper. Upon closer examination, there was some darker mottling on the wrapper. There also was some oil on the surface. This was a slightly bumpy wrapper. There were some thin visible veins as well as some visible wrapper seams.

There are two bands on the GTO Anesthésia. The banding is identical for both the Maduro and Corojo blends. The primary band is common to what is seen across the various GTO lines. The band has a red background with a gold colored font. On the center of the band is the text “GTO” surrounded by a shield. Above the shield is a crown. Below the shield is the text “LEGENDARY CLASSIC”.  Below that text is the text “PREMIUM CIGAR” in a smaller font. Below that text is the text “1956” in yet a smaller font. There are various gold adornments on the band. Finally, the band is surrounded by a gold and black trim.

The secondary band sits just below the primary band. It is purple in color with thick gold colored trim. The text “Anethesia” sits on the purple background – also in a gold foil-like color in a handwriting style font.

There is also a purple ribbon around the footer. It is bound with a small piece of tape.

I commenced my experience with the GTO Anesthésia Maduro by removing the ribbon around the footer and then placing a straight cut into the head of the cigar to remove the cap. After the cap was removed, I began the pre-light draw phase. The dry draw delivered a mix of cedar and earth. There was a slight chocolate and anise note present. I considered the pre-light draw of this cigar to be satisfactory. At this point, I was ready to light up the GTO Anesthésia Maduro and see what the smoking phase would have in store.

The GTO Anesthésia Maduro continued with the cedar and earth notes I detected on the pre-light draw. There was also a slight licorice sweetness. As the cigar experience moved through the first third, the licorice sweetness increased and became the primary note, pushing the cedar and earth into the background. Meanwhile, there was a layer of black pepper on the retro-hale.

The second third saw the licorice notes remain grounded in the forefront. The cedar and earth remained in the background, but both attributes began to increase in intensity. There also was some black pepper that surfaced on the tongue along with a touch of milk chocolate sweetness.

By the latter part of the second third, the cedar joined the licorice in the forefront. Once into the final third, the cedar notes took control. The licorice receded, joining the earth and black pepper notes in the background. The milk chocolate notes dissipated. This is the way the GTO Anesthésia Maduro came to a close. The resulting nub was firm to the touch and cool in temperature.

For the most part, the GTO Anesthésia Maduro maintained a straight burn path. There were a few points where the burn line needed some touch-ups to remain straight, but overall I didn’t find the number of touch-ups to be excessive. The resulting ash was mostly light gray. The GTO Anesthésia Maduro had a slightly flaky ash from time to time, but again this wasn’t overly problem-some. The burn rate and burn temperature were ideal. 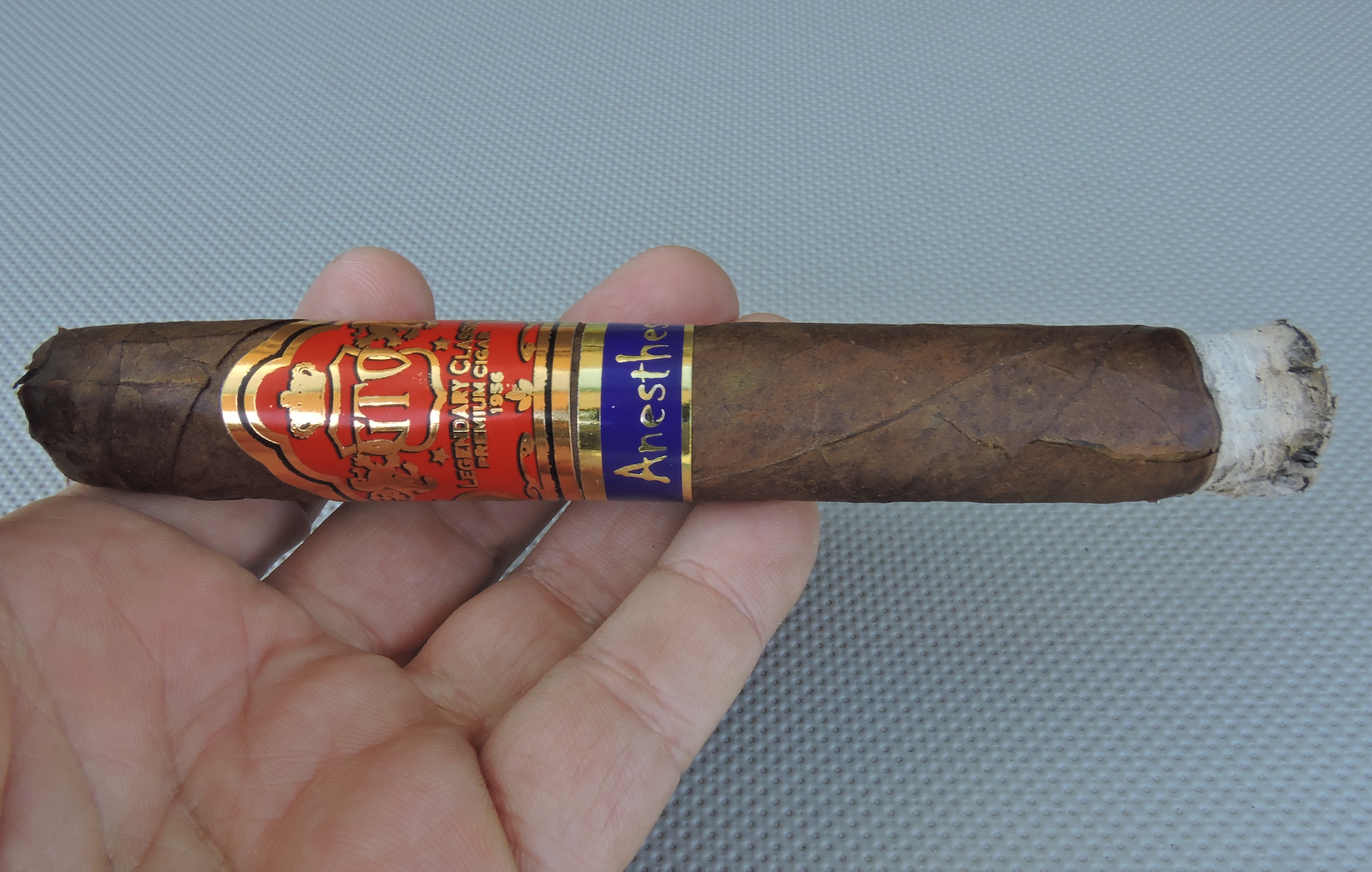 Burn of the GTO Anesthésia Maduro

The draw to the GTO Anesthésia Maduro was slightly more open than I prefer, but it wasn’t a loose draw where the cigar was in danger of having combustion problems. This resulted in a high volume of smoke production throughout the smoking experience.

Strength-wise, I found the GTO Anesthésia Maduro started out at dead-center medium. There was a gradual increase in intensity of the strength and by the midway point, the strength level had progressed into the medium to full range. Meanwhile, I found the body of the GTO Anesthésia Maduro to be medium to full. One must factor in the retro-hale to get the full depth of the body of the flavors here. Like the strength, there is a gradual build-up in intensity, but the cigar doesn’t quite move into full territory.

The GTO Ansethésia Maduro isn’t going to be a cigar that overpowers you with nicotine and heavy flavors on the palate, but I still contend it is one of the boldest cigars in Dr. Oscar Rodriguez’s portfolio. The flavors delivered meshed very well with the cigar’s mostly medium plus profile. At the same time, I found the flavor profile to be balanced – especially among the sweetness and spice components. Overall would recommend the GTO Anesthésia Maduro to a more seasoned cigar enthusiast, but it’s still a nice cigar to have a novice take for a spin looking for something medium plus. As for myself, this is a cigar I would smoke again – and it’s certainly worthy of having multiples in the humidor.