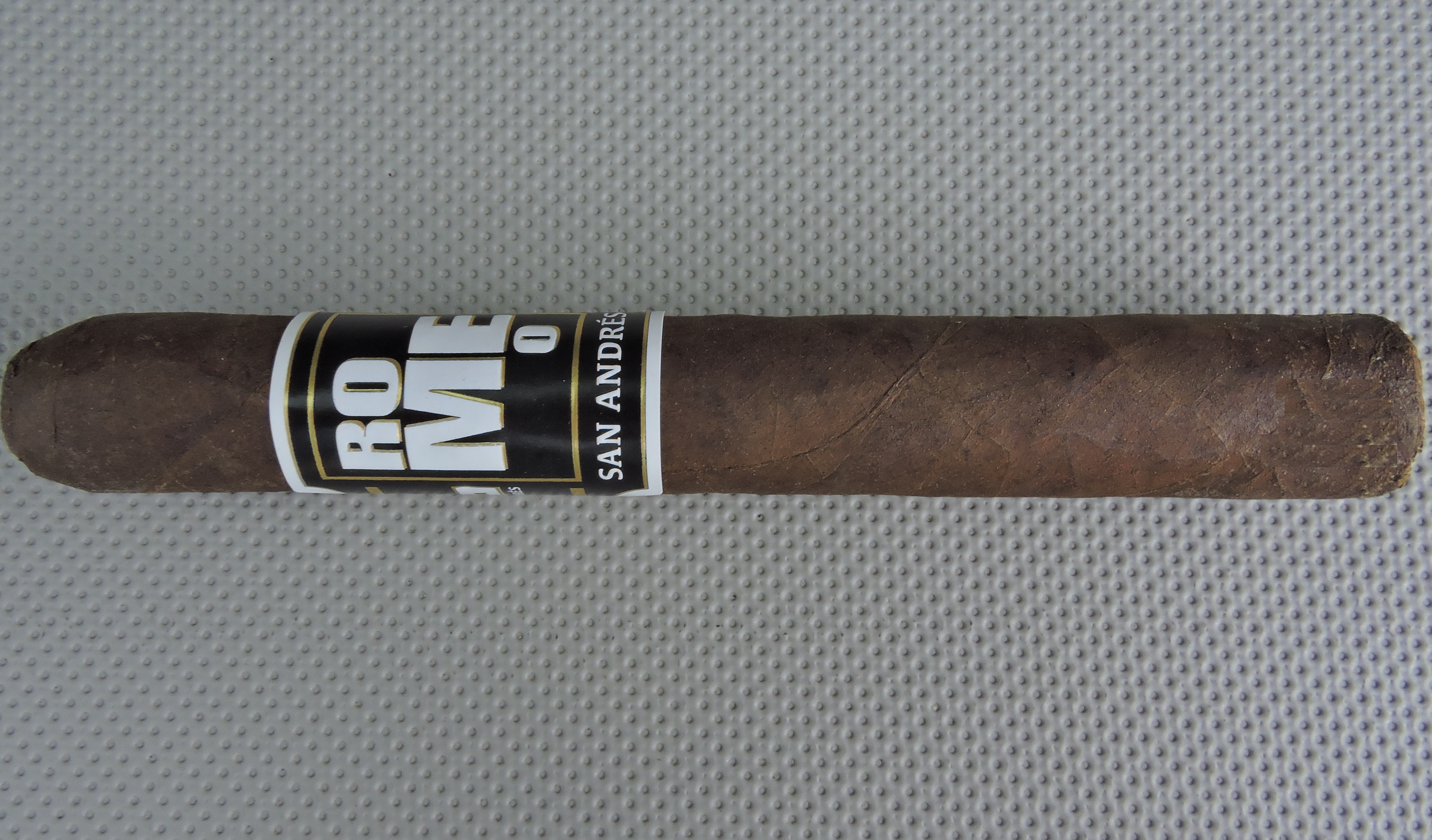 Over the past 18 months, Fernandez has worked on several blends for Altadis U.S.A. and has handled production out of his factory. These blends include:

At the same time, there is a connection to Fernandez with Nodal. He worked with AJ Fernandez on the Aging Room Pelo de Oro that was done for his company Boutique Blends Cigars. At the same time, this isn’t the first time Nodal has worked on a Romeo y Romeo y Julieta project. Before he got to Altadis U.S.A., he collaborated with Altadis and Tabacalera Palma on the Romeo by Romeo y Julieta Aging Room Small Batch F25. This was a cigar distributed and sold by Altadis U.S.A.

Plasencia  is no stranger to Altadis and the factory has worked on several projects for Altadis.

We turn our attention to the Romeo by Romeo y Julieta San Andrés and see what this cigar brings to the table.

In addition oto the San Andrés maduro wrapper, the blend of the Romeo San Andrés by Romeo y Julieta features a Nicaraguan binder and a combination of Nicaraguan and Dominican tobaccos in the filler.

The Romeo San Andrés by Romeo y Julieta is available in four sizes. Each is presented in 20-count boxes.

The band of the Romeo by Romeo y Julieta San Andrés is based on the original Romeo by Romeo y Julieta design. It has a black, white, and gold color scheme.  The band features the text “RO” in large white font with a gold trim.  Under that text is “ME” in larger white font with thin gold trim.  Finally, under that text and offset to the right (just under the “E”) is the text “O” in the smallest white font and gold trim. This text sits on a black near square-shaped field that is surrounded by a thick gold-colored trim. The lower part of the band has the text SAN ANDRÉS in white font. The left and right side of the band is black with gold pinstripes near the top and bottom. Each side consists of a thick white stripe with the text “ROMEO Y JULIETA” in black font. Just below the stripe is the text “SAN ANDRÉS” in small white font. Finally, the outer edges of the band are trimmed in white.

I commenced the cigar experience of the Romeo San Andrés Toro with a straight cut to remove the cap. After the cap was clipped, I moved on to the pre-light draw phase. The dry draw delivered notes of milk chocolate, dried berry, and cedar. Overall I considered this to be a satisfactory pre-light draw. At this point, I was ready to light up the Romeo San Andrés by Romeo y Julieta Toro and see what the smoking phase would have in store.

The Romeo San Andrés by Romeo y Julieta Toro started out with notes of mocha, dried fruit, cedar, and black pepper. Mocha is a term that I use to describe a cross between chocolate and black coffee. Early on the mocha and dried fruit notes moved into the forefront. The mocha demonstrated more of the chocolate qualities early on. Meanwhile, the cedar and black pepper settled in the background. On the retro-hale, there was an addition layer of cedar.

As the Romeo San Andrés Toto moved through the second third, the cedar notes slowly increased in intensity while the dried fruit notes receded into a secondary note. During this phase, the coffee component slowly became more prominent with the mocha notes. Once past the halfway point, the black pepper started to increase on the tongue.

By the final third, the cedar notes were in the forefront. The coffee component was what remained of the mocha notes and was a close secondary note with the black pepper. This is the way the smoking experience of the Romeo San Andrés came to a close. The resulting nub was firm to the touch and cool in temperature.

In terms of the burn, the Romeo San Andrés Toro maintained a straight burn path and a straight burn line. The resulting ash had a mostly light gray color. The ash was slightly loose and at times was prone to some minor flowering and flaking.  Meanwhile, the burn rate and burn temperature were both ideal. 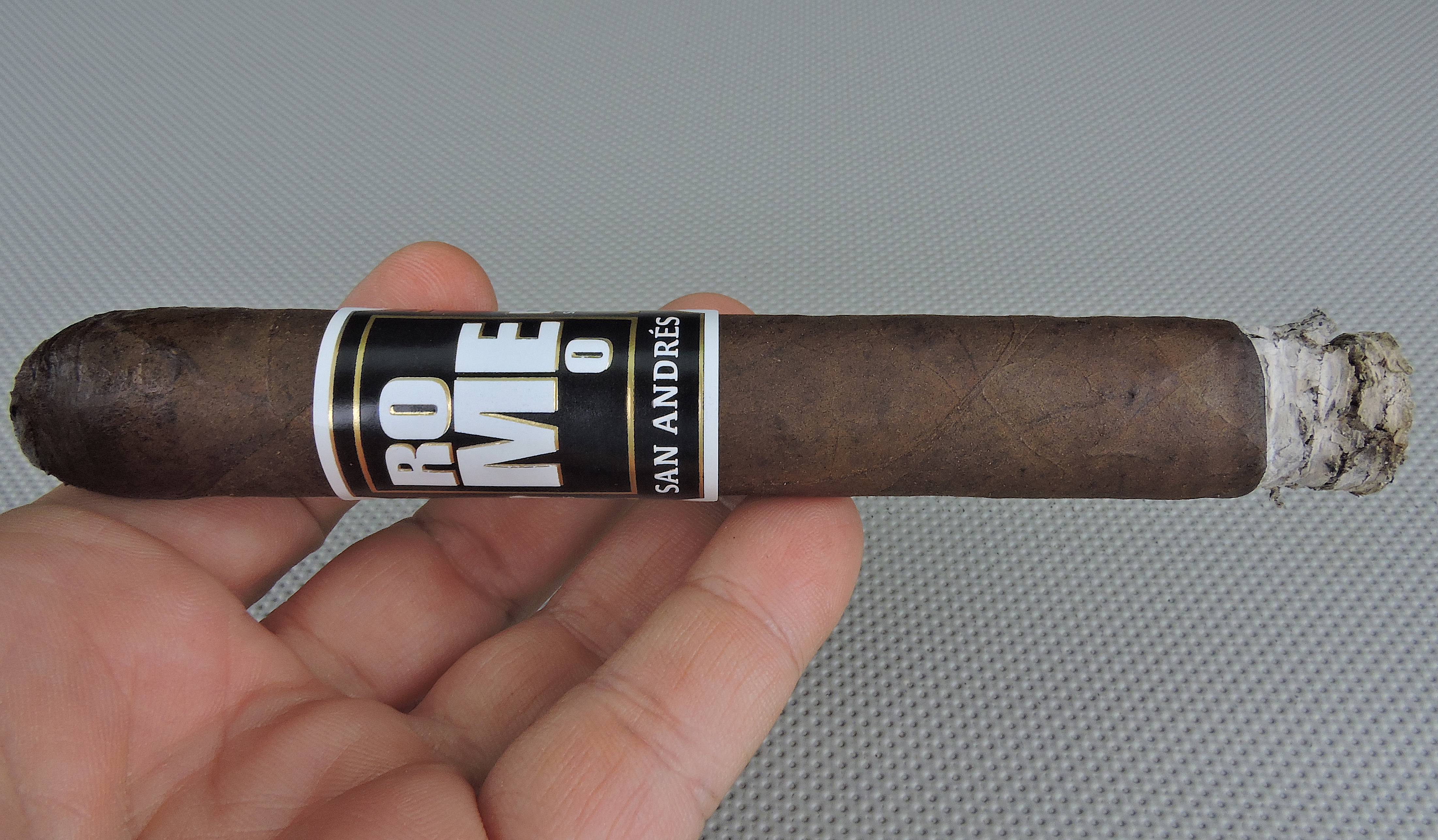 The draw to the Romeo San Andrés Toro performed quite well. It had a touch of resistance to it – which is something that I like. At the same time, this was a cigar that was low maintenance to derive flavor from. This was also a cigar that produced ample amounts of smoke.

The Romeo San Andrés is a cigar that started out medium strength and medium-bodied. Toward the end of the second third, there was an increase in the intensity level of both attributes and by the final third the Romeo San Andrés  was well into medium to full territory. Throughout the smoking experience, I found the strength and body balanced each other very nicely with neither attribute overshadowing the other.

One thing that is going to be abundantly clear – this cigar isn’t going to smoke like a traditional Romeo y Julieta. This is evidenced by the flavor profile and the kick in intensity this cigar has during the last third. Part of me wishes this cigar was outside the Romeo y Julieta line because it’s so different, but if its going to land in an existing brand of the portfolio – the Romeo offshoot is the place it belongs.  Brand positioning aside, I liked the flavors this cigar delivered – and the strength and body level meshed very nicely with those flavors. Overall it’s a cigar I would steer to a more seasoned cigar enthusiast, but it’s not one I would discourage a novice from trying. It’s a cigar I would smoke again – and keep multiples in my humidor.