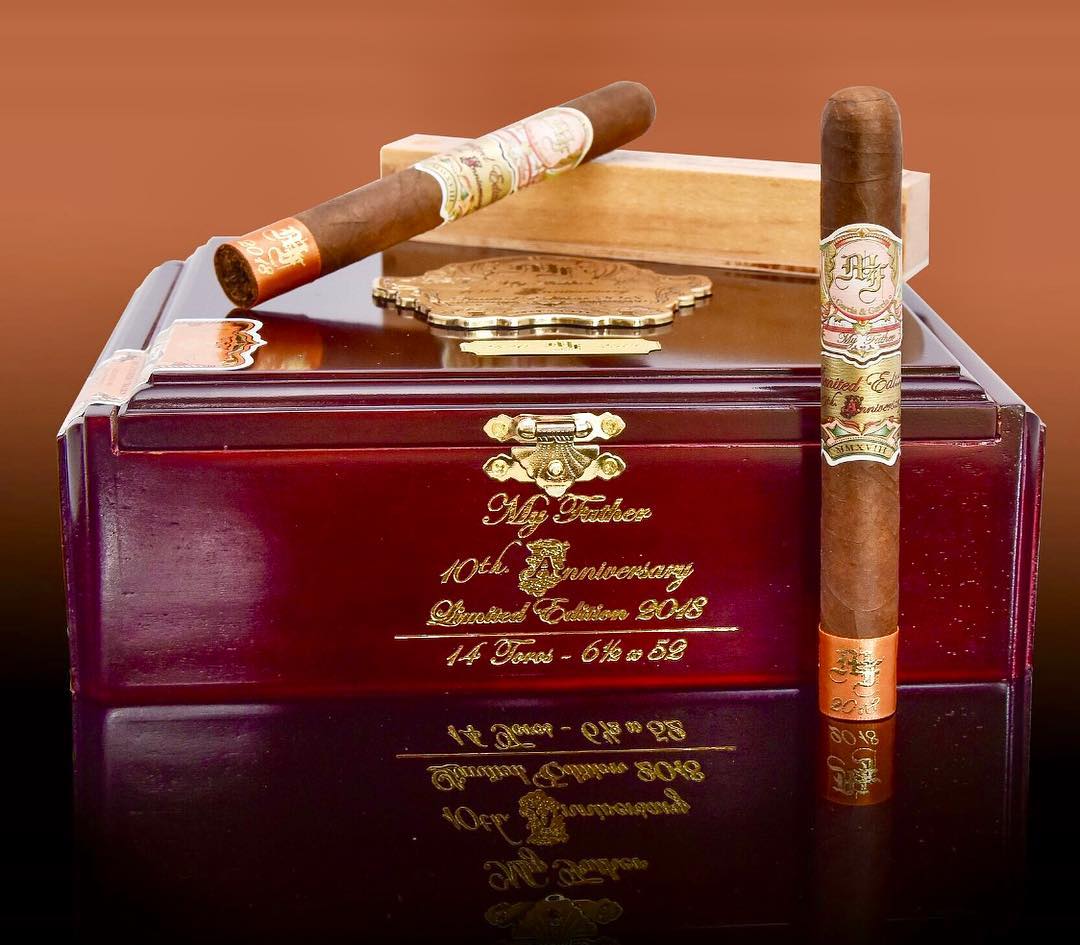 The My Father 10th Anniversary Limited Edition 2018 features an Ecuadorian Habano Rosado wrapper over Nicaraguan binder and filler. As typical with many of the My Father anniversary cigars, the blend incorporates Pelo de Oro tobacco. The cigar is a 6 1/2 x 52 Toro – a size seen across most of the My Father Anniversary releases.

The cigars come in 14-count boxes with each cigar packaged in an individual coffin.

It is also the 15th anniversary of Tatuaje Cigars, a brand that is produced out of My Father Cigars.

For completeness, here is a list of the My Father Limited Editions: