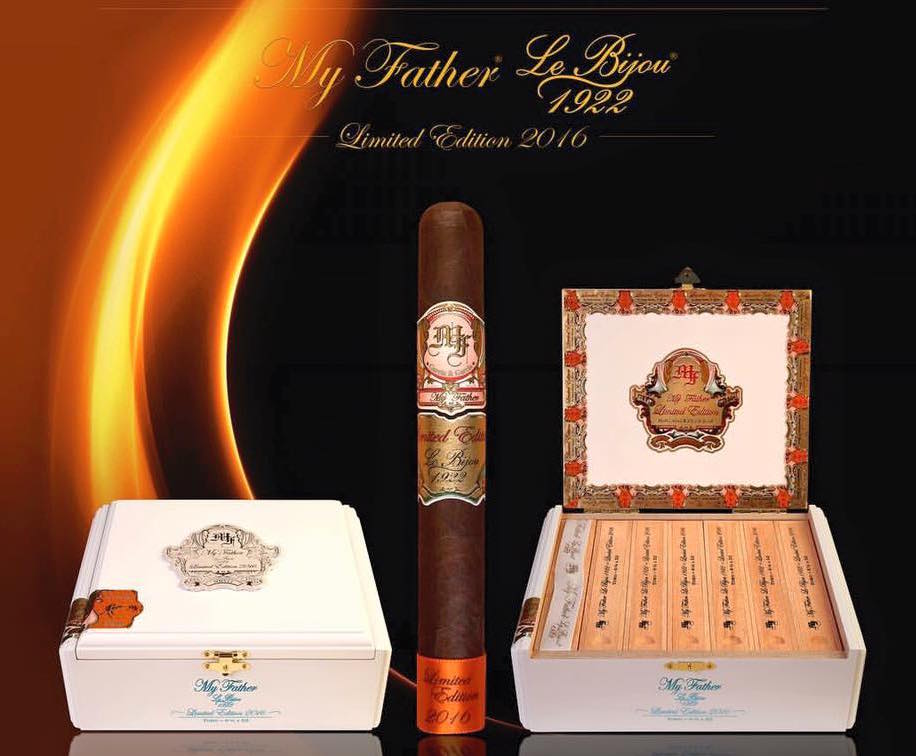 My Father Cigars’ annual limited edition cigar will be based on one of the company’s popular Le Bijou. Last week the company showcased, the My Father Le Bijou 1922 Limited Edition 2016. The cigar is expected to start shipping next week and arrive at retailers before the end of the month. Details of this new limited edition were reported by Cigar Aficionado this past week.

A total of 4,000 fourteen count boxes have been produced. Like several of the other annual limited edition My Father cigars, each individual cigar of the My Father Le Bijou 1922 Limited Edition 2016 is packaged in an individual coffin. Like the previous annual limited edition cigars, the Le Bijou 1922 Limited Edition 2016 comes in one size – a 6 1/2 x 52 Toro. Pricing is being reported at $23.00 per cigar.

The original Le Bijou 1922 line was launched back in 2009. The cigar was created by Jose “Pepin” Garcia – a.k.a Don Pepin Garcia.  The cigar pays homage to Garcia’s father, Jose Garcia who was born in 1922. The name Le Bijou us French for “The Jewel”.