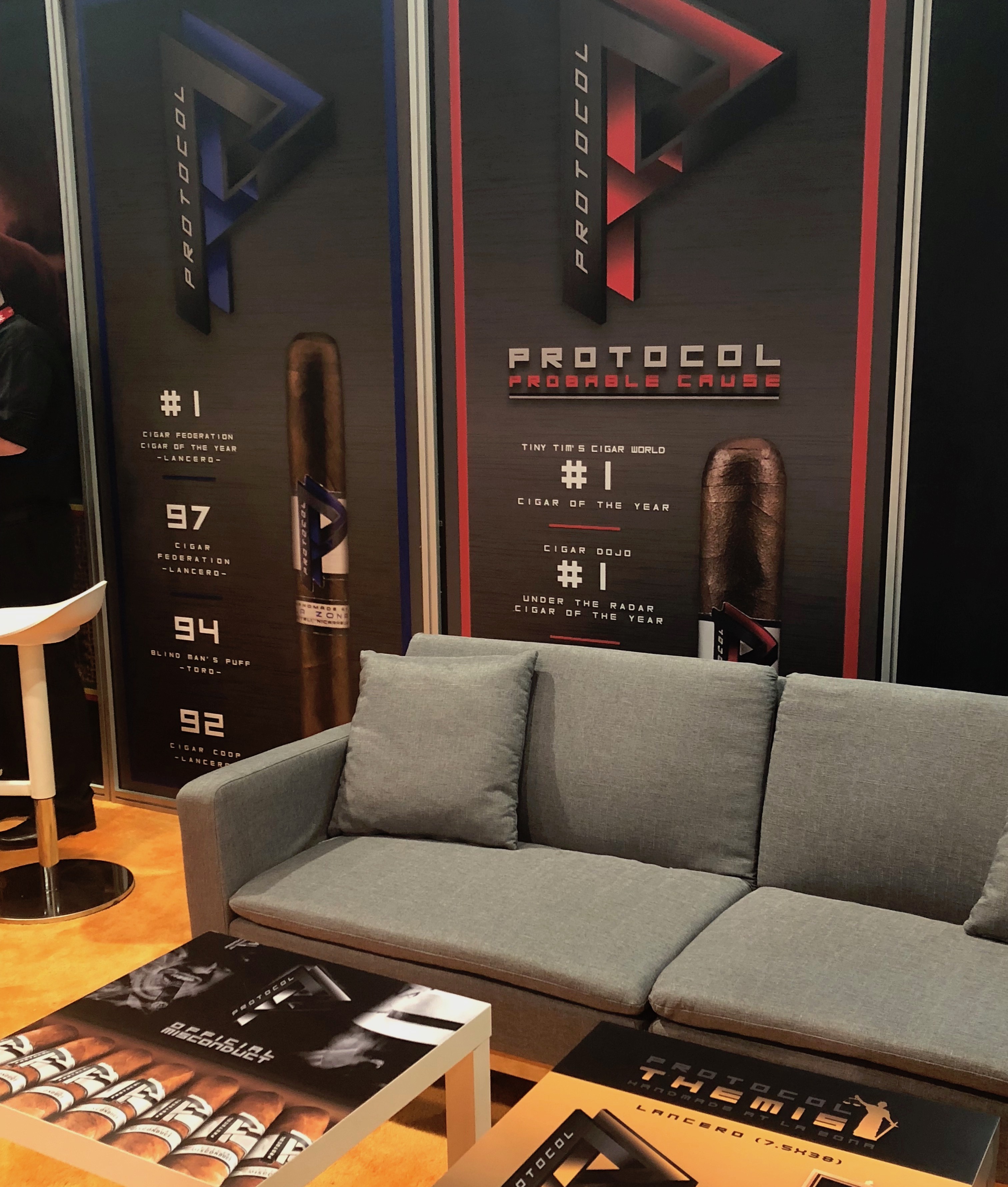 In 2015 two cigar enthusiasts named Juan Cancel and Bill Ives started a company called Cubariqueño Cigar Company and launched a brand called Protocol. They went to the 2015 IPCPR, getting a small space at the Espinosa Cigars booth and quietly sold out of their inventory. Over the past three years, the brand has grown. In 2016 and 2017, they had their own IPCPR booth. For 2018, they decided to come “home” to the Espinosa booth. This time would be very different, but would slow down the continued growth this company’s had. 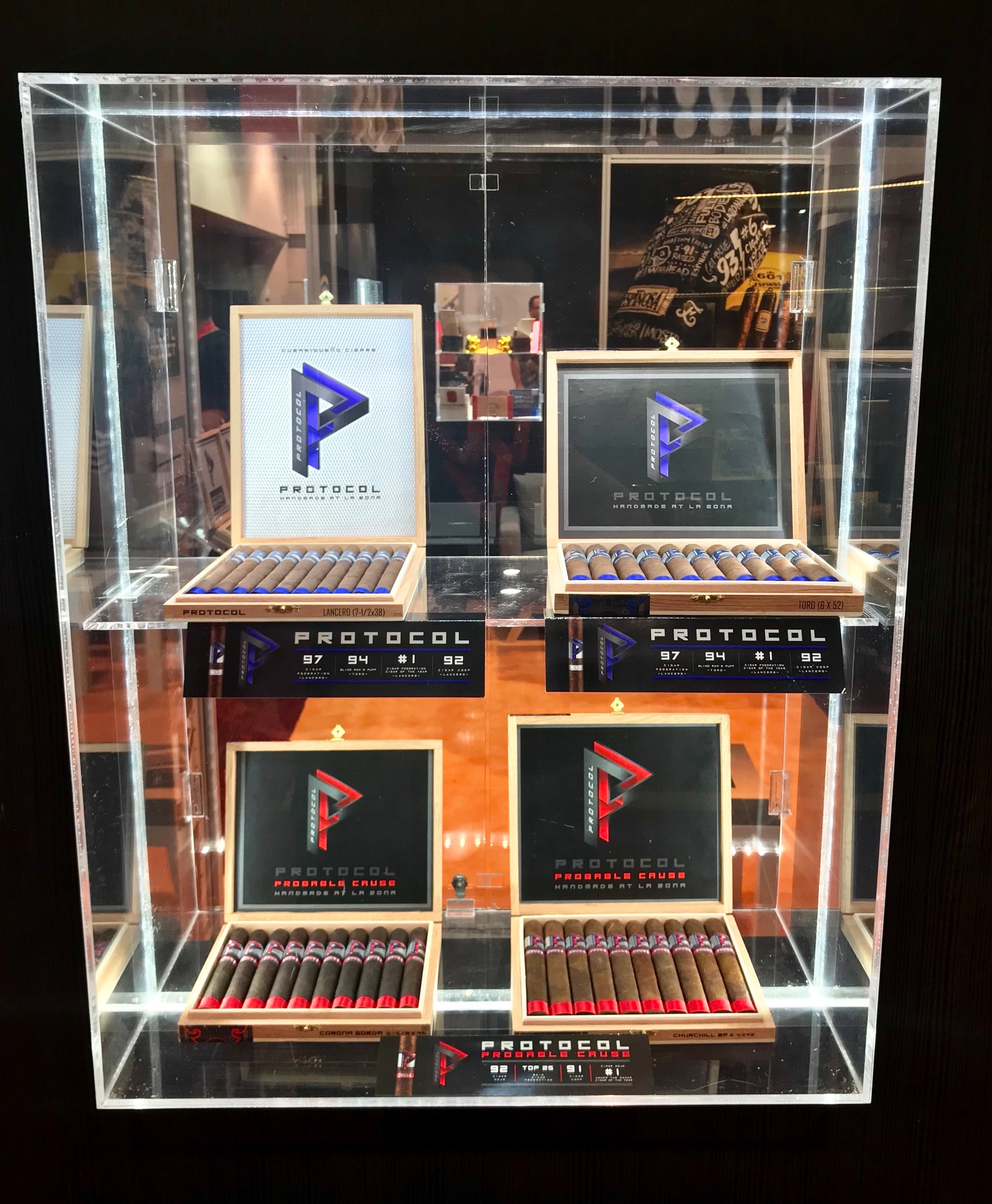 While I normally don’t like to report on the aesthetics of a booth, in the case of Cubariqueño, it is quite appropriate. This booth had all of the amenities of the larger boutiques. Comfortable seating, beautiful signage, and very elegant display cabinets. 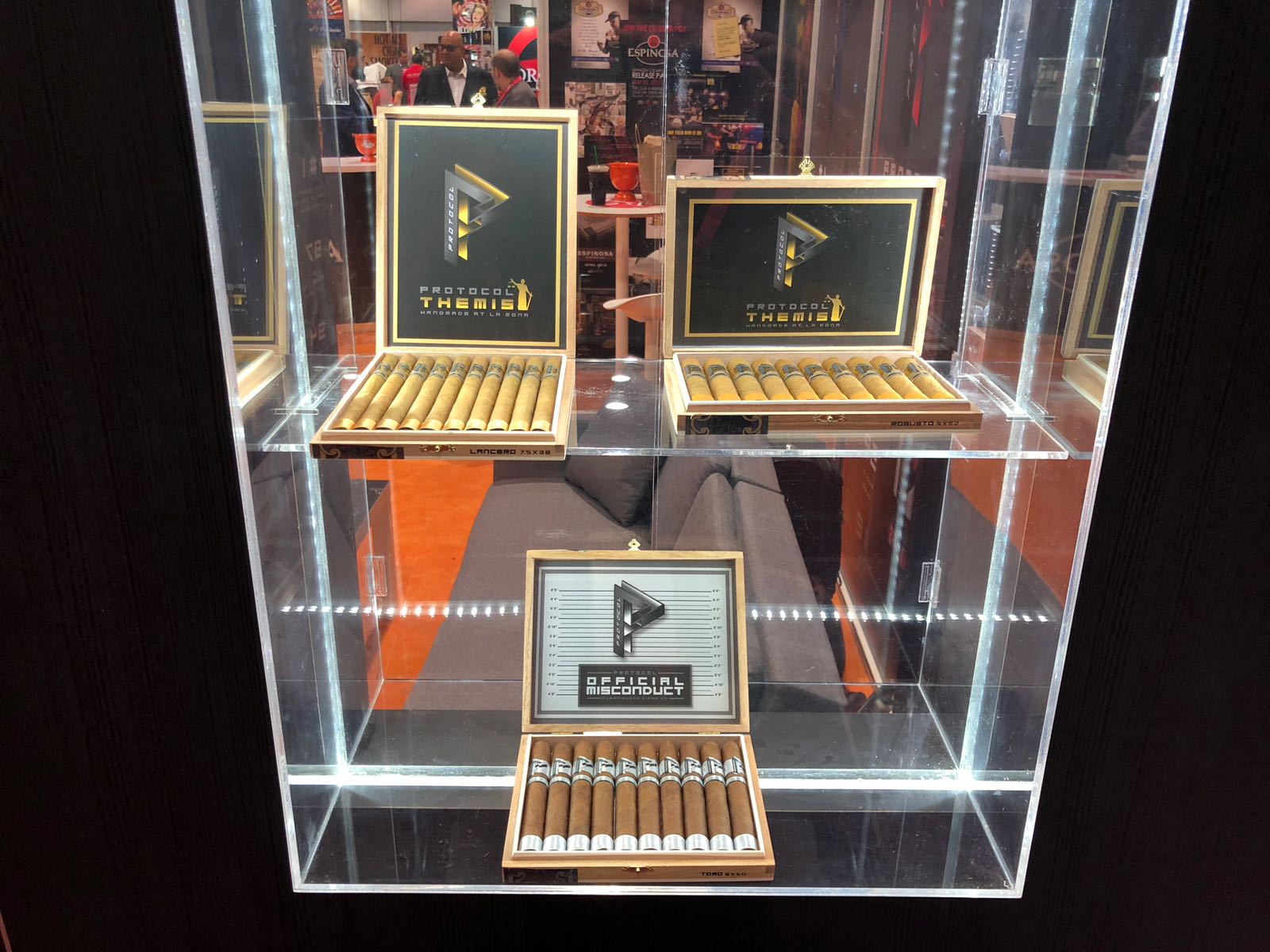 Cubariqueño also came in with a sales team, complete with a national sales manager in Kevin Keithan. Most importantly, if you were looking to see what the Cubariqueño had new, this was the right place as the company had three new SKUs to offer. 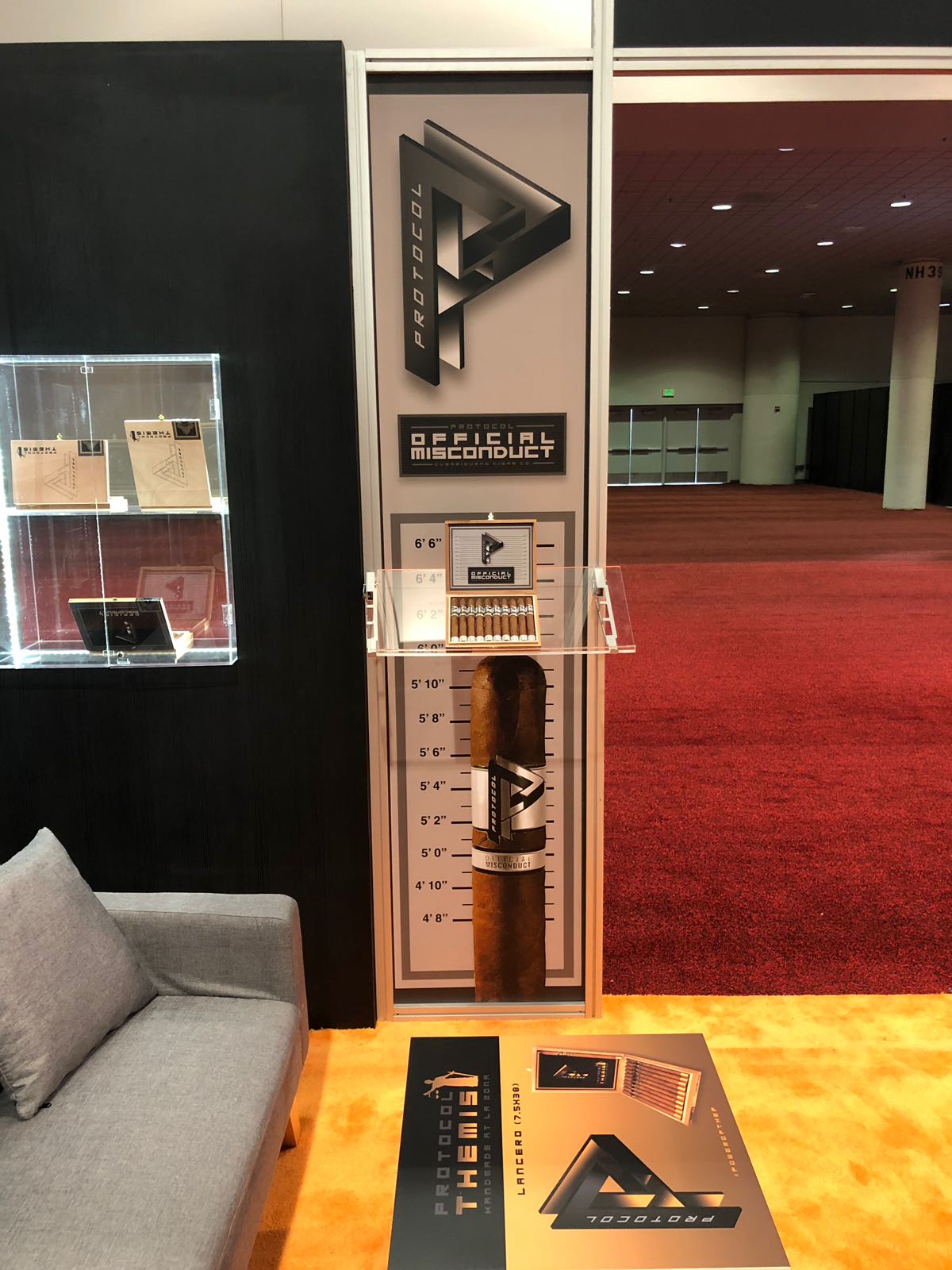 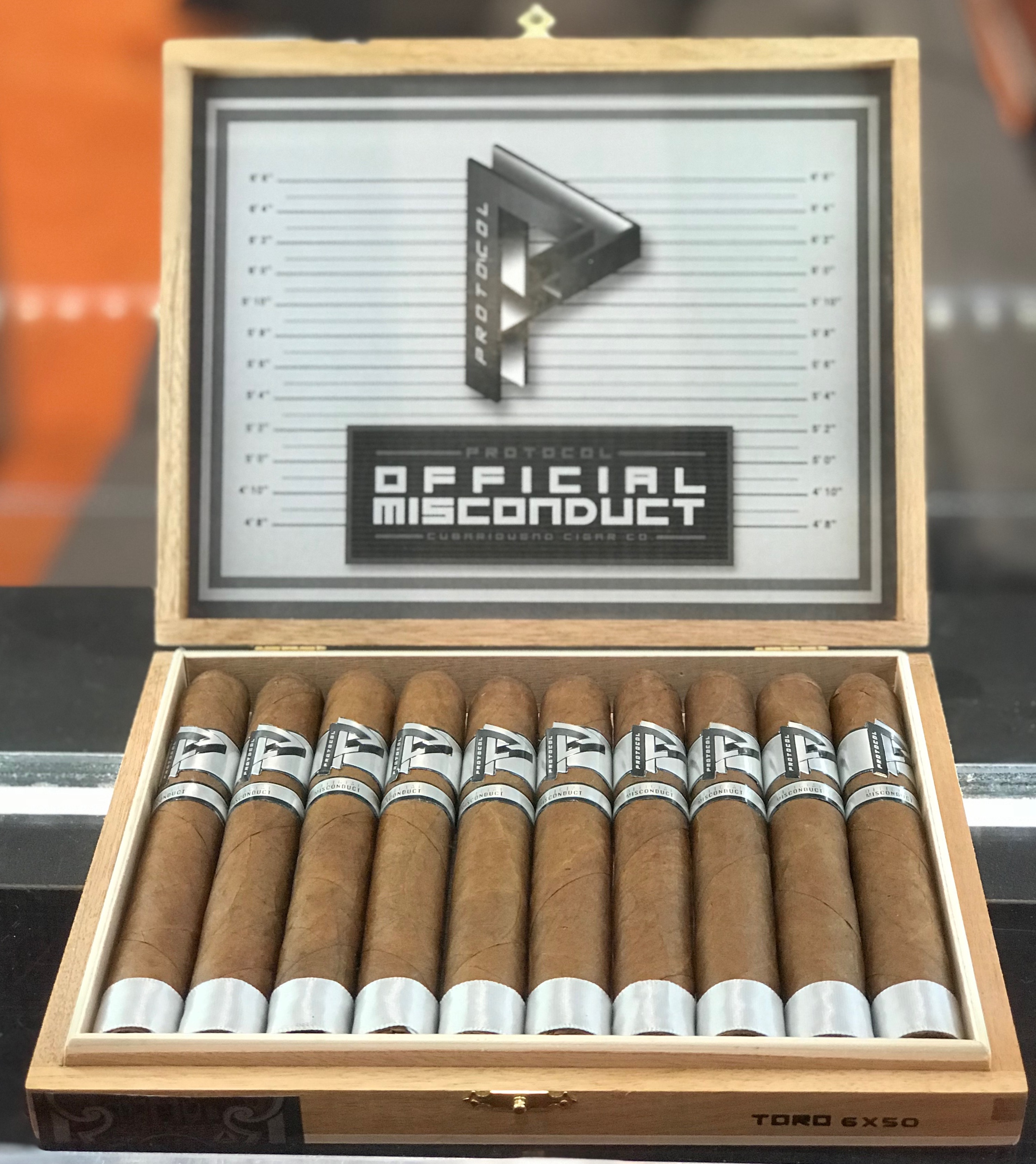 Keeping with the company’s tradition of doing a lancero line extension for the previous year’s new release, the company unveiled the Protocol Themis Lancero. Themis uses an Ecuadorian Connecticut Shade wrapper over Nicaraguan binder and filler. The Lancero is a classic 7 1⁄2 x 38 size. It will be presented in 10-count boxes. 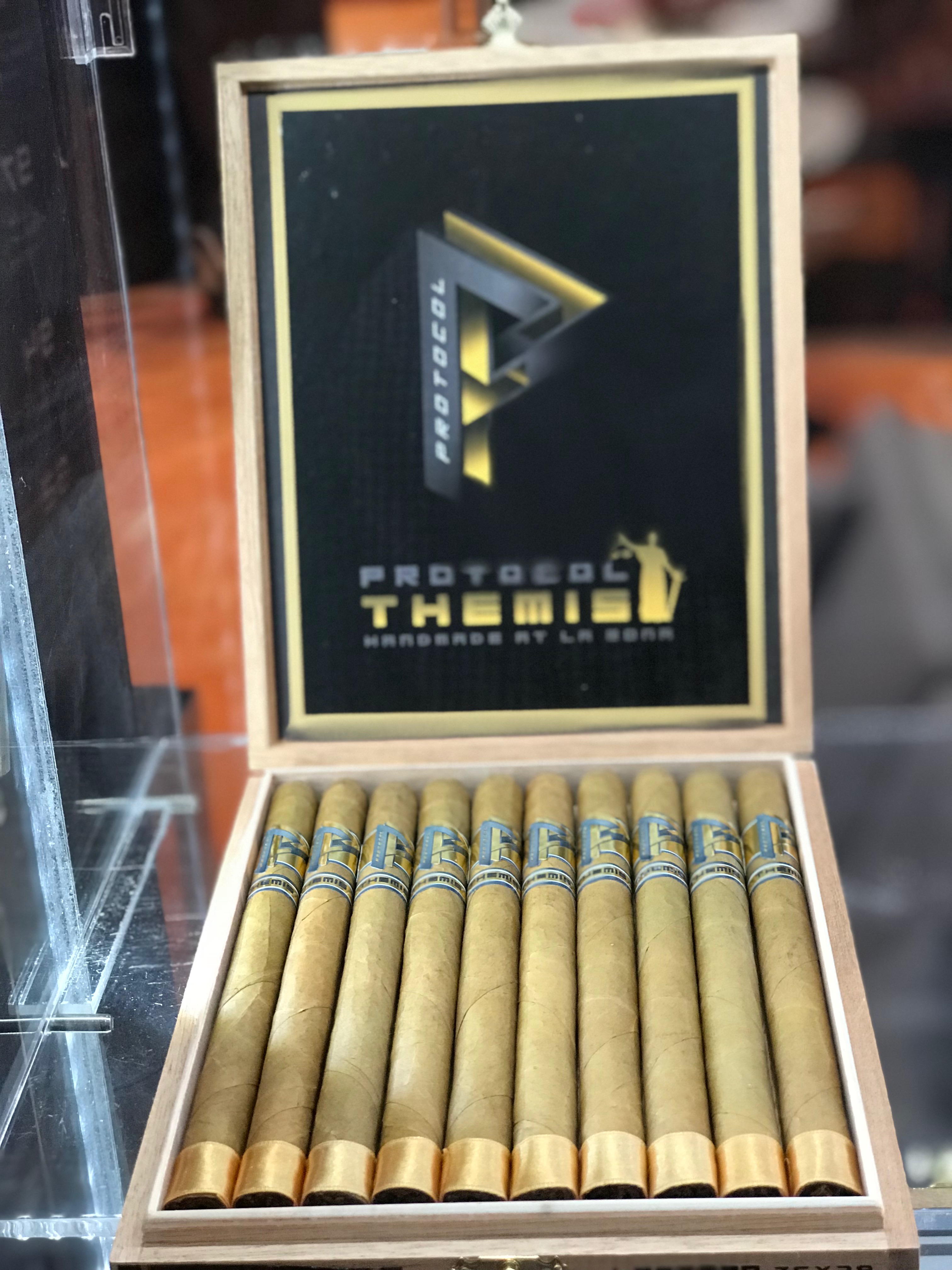 There is also a new size to the Protocol Probable Cause Corona Gorda. The cigar measures 5 5/8 x 46 and is also made at La Zona. The cigar utilizes a San Andres Maduro wrapper over Nicaraguan binder and filler. In addition, Cubariqueño has plans to change the Probable Cause Lancero from a box-press to a parejo. 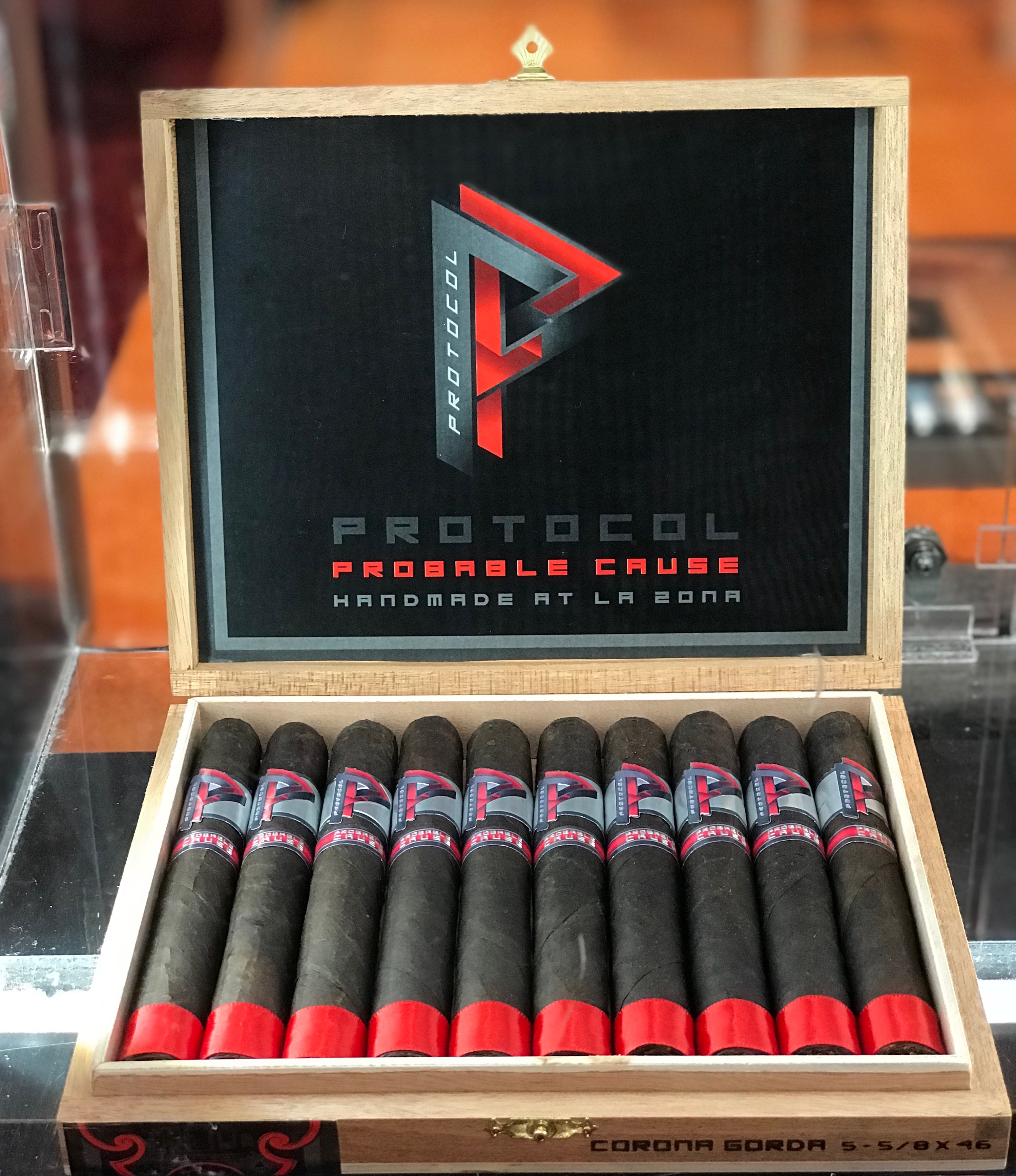 Photo Credits: Cubariqueño Cigar Company (Special thanks to Juan Cancel for providing us with pictures. We had an equipment problem during our booth visit)