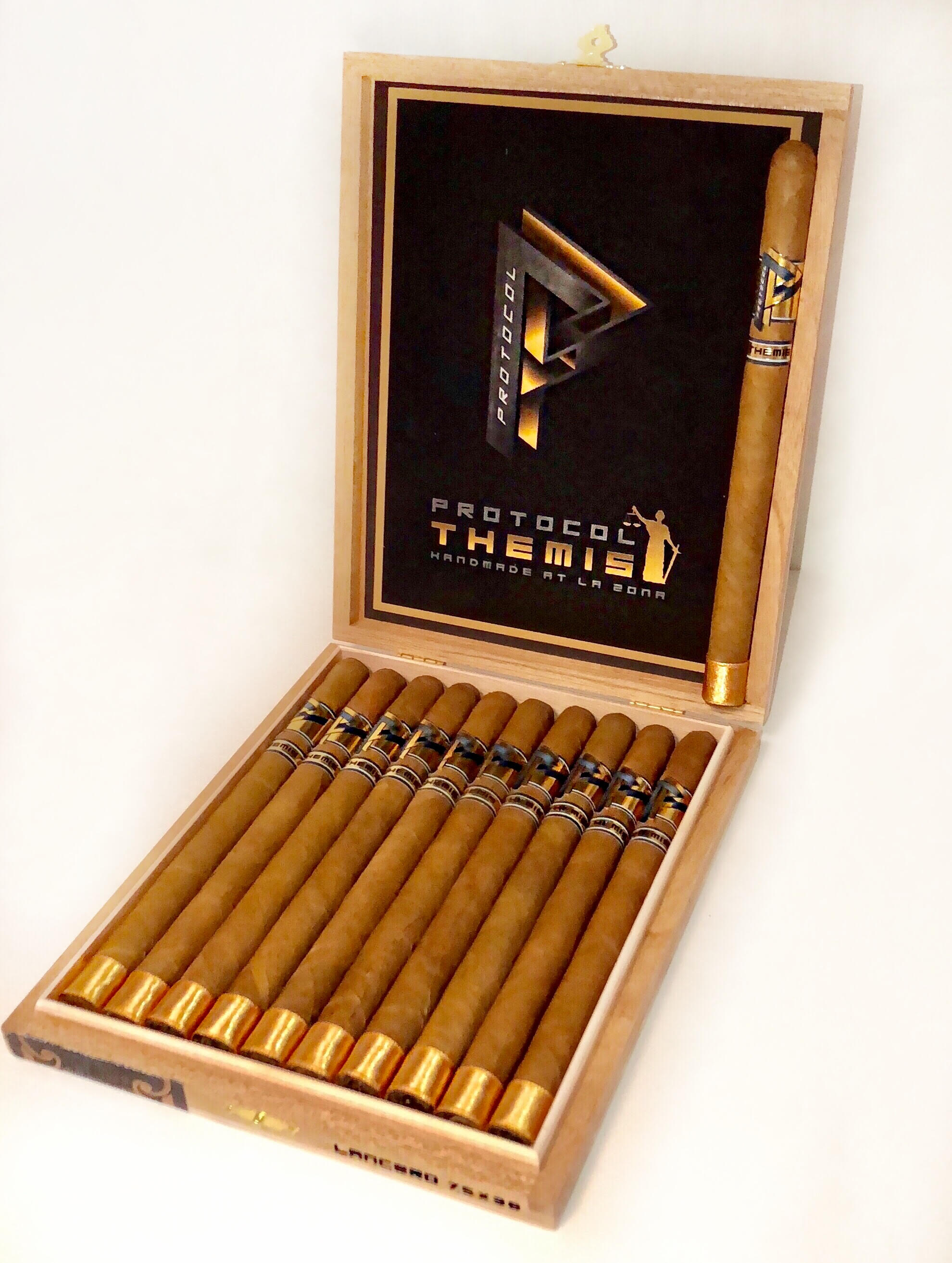 Consistent with the rest of the Protocol Themis line, Lancero uses an Ecuadorian Connecticut Shade wrapper over Nicaraguan binder and filler. The Lancero is a classic 7 1⁄2 x 38 size. It will be presented in 10-count boxes. Pricing is set at $10.50 MSRP per cigar or $105.00 per box. Production is being handled out of Erik Espinosa’s La Zona factory in Estelí, Nicaragua.

The name of the cigar (Themis) keeps to the company’s law enforcement motif as partners Bill Ives and Juan Cancel both serve as law enforcement officers. It also pays tribute to the Greek heritage of managing partner William Agathis. This is because Themis is the name of the Lady of Justice symbol who was the Titan goddess of divine law and order.

Cubariqueño has made the cigars available a BerkeleyHumidor.com. They will be made available to retailers on July 1, 2018. The cigar will also be featured at the 2018 IPCPR Trade Show in Las Vegas opening July 14th. Protocol is also showcasing the new Protocol Official Misconduct and the Protocol Probable Cause Corona Gorda at this year’s trade show.

At a glance, here is a look at the Protocol Themis line.