Agile Cigar Reviews are cigar assessments where we use a lightweight, shorter format. These will never take the place of our comprehensive reviews. They are only used on blends we have previously assessed. This might be a blend we are re-scoring or giving a score for the first time. It might be a blend we are looking at in a different size. Today we look at the Villiger San’Doro Toro. This is a cigar line we previously assessed back in October 2016. 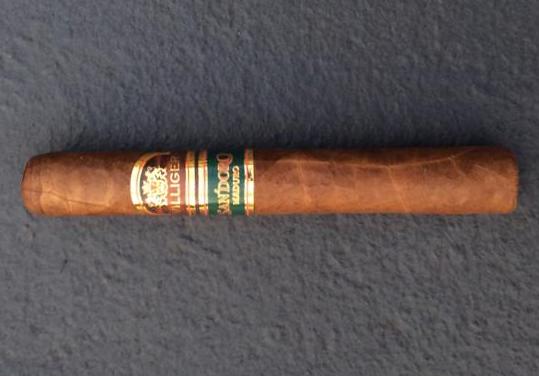 In 2015 Villiger Cigars North America launched a three blend cigar line known as San’Doro. It is a line that pays homage to Christopher Columbus. The name San’Doro is actually derived from “Indorum Sana Sancta” which translates to “Sacred Herb of India”. During the time of Columbus’ expeditions, many thought he had found the route to India and when tobacco was brought back, it was referred to as “Indorum Sana Sancta”. The San’Doro line consists of three blends: San’Doro Claro (Connecticut Shade), San’Doro Colorado, and San’Doro Maduro. Today, we take a closer look at the San’Doro Maduro in the Toro size.

While it been two years since I smoked the San’Doro Maduro Toro, there was one constant – the San’Doro Maduro maintained its coffee-dominant flavor profile. The coffee notes maintained a presence in the forefront from start to finish. There were also secondary notes of baker’s spice, classic wood, citrus, and red pepper. I found the baker’s spice and red pepper diminished during the middle stages of the cigar, but increased in intensity during the final third. This was a medium bodied flavor profile countered by medium strength.

In most cases, Brazilian puro cigars sound more exotic than they actually are. That was the cases with the San’Doro Maduro. It’s not the most exciting cigar, but its a steady performer and one that will deliver a nice smoking experience. It’s best enjoyed undistracted as you will get the most out of the flavor nuances it delivers. At just above $8.00 per cigar, the San’Doro Maduro won’t break the bank. This is a cigar aimed at either at novice or experienced cigar enthusiast. As for myself, it’s a cigar I’d buy and smoke again.