The Cigar of the Year Countdown is a quantitative analysis of the best cigars of 2018. Other than the fact the cigar must be a box-worthy cigar to qualify for the list, price is not factored into the Countdown. In this exercise, I take a look at the list from a value standpoint and see how the Top 30 would look.

With our annual Countdown, we factor price out of the equation and rate the cigars on merit and other intangibles. With the Value rating, we assume all 30 cigars weigh equally on merit and intangibles and simply rank them from lowest to highest price.

This year, the VegaFina Añejado 7 Años Robusto Extra Pigtail won in a landslide. It was the least expensive cigar on the list coming in at $5.95. It also was the #3 Cigar of the Year on the Countdown. Tied for second was the La Gloria Cubana Collection Reserva Robusto and the Mi Querida Gordita by Dunbarton Tobacco & Trust.

One interesting note, there were five cigars in the top five that had 2017 releases. The highest released composite-value cigar with a 2018 release date was the Viaje Exclusivo Nicaragua Petite Lancero (tied for fifth) followed by the 2018 Cigar of the Year, the Aladino Corojo Reserva (7th place). 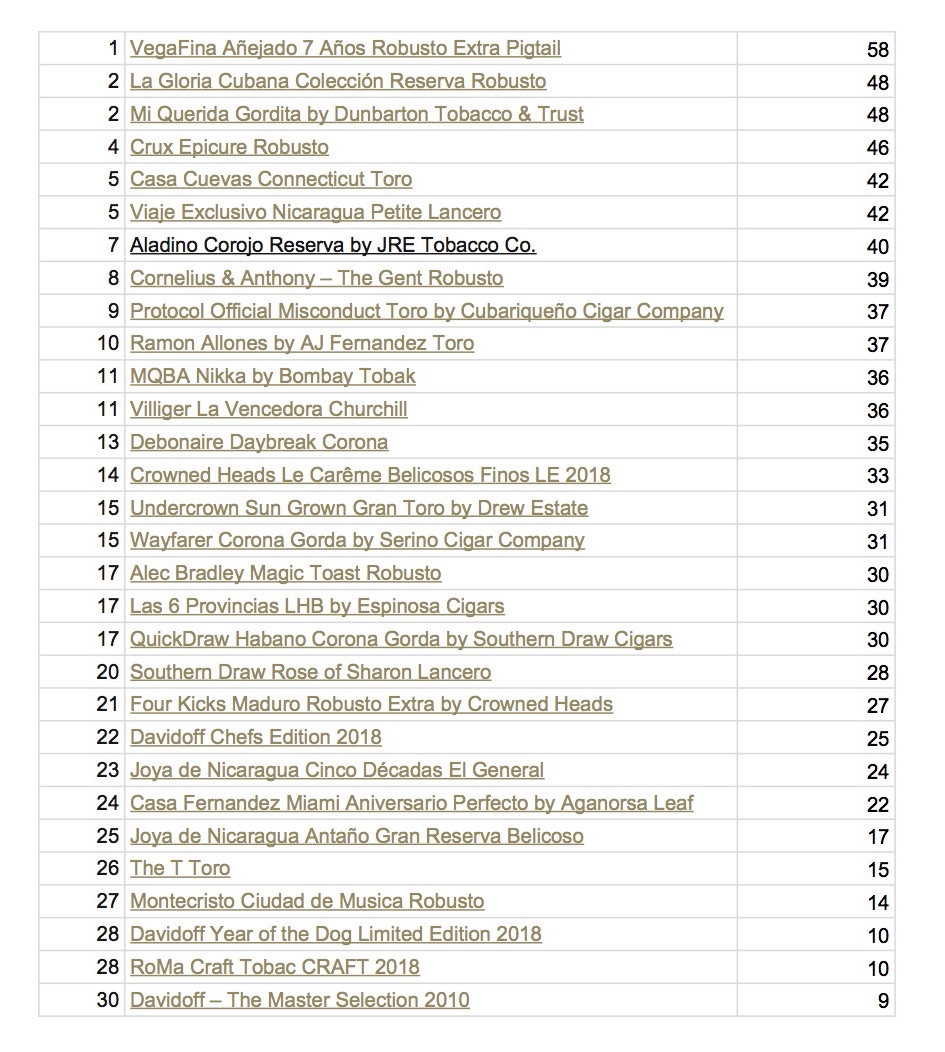 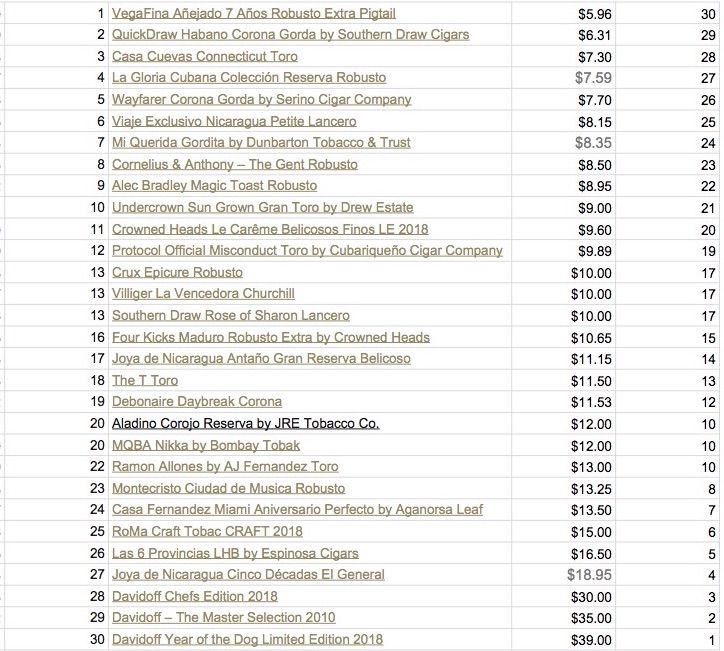 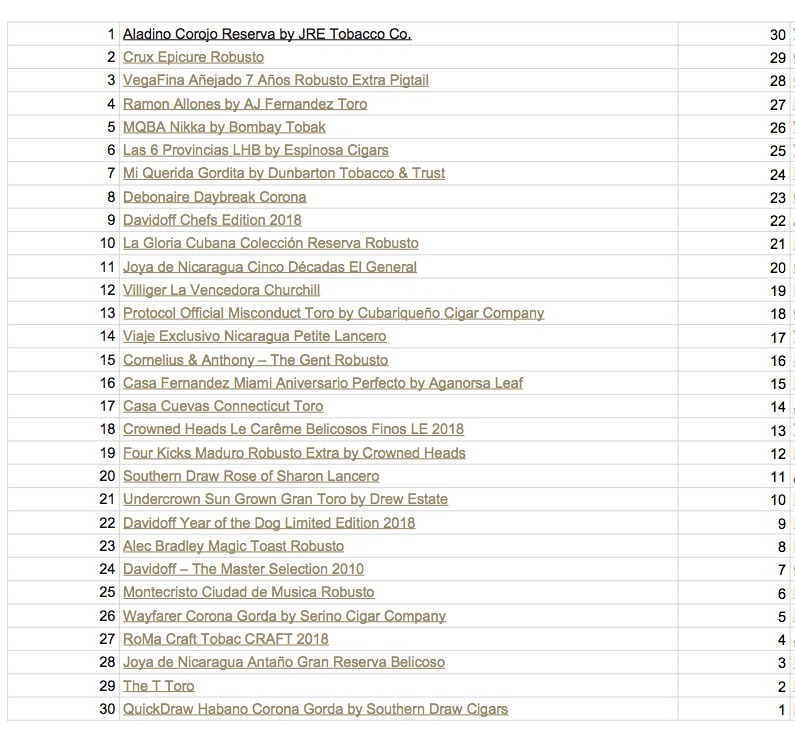