Agile Cigar Reviews are cigar assessments where we use a lightweight, shorter format. These will never take the place of our comprehensive reviews. They are only used on blends we have previously assessed. This might be a blend we are re-scoring or giving a score for the first time. It might be a blend we are looking at in a different size. Today we look at the Liga Privada T52 Corona Viva. This is a cigar we previously assessed back in October 2011 in the Parejo Toro size. 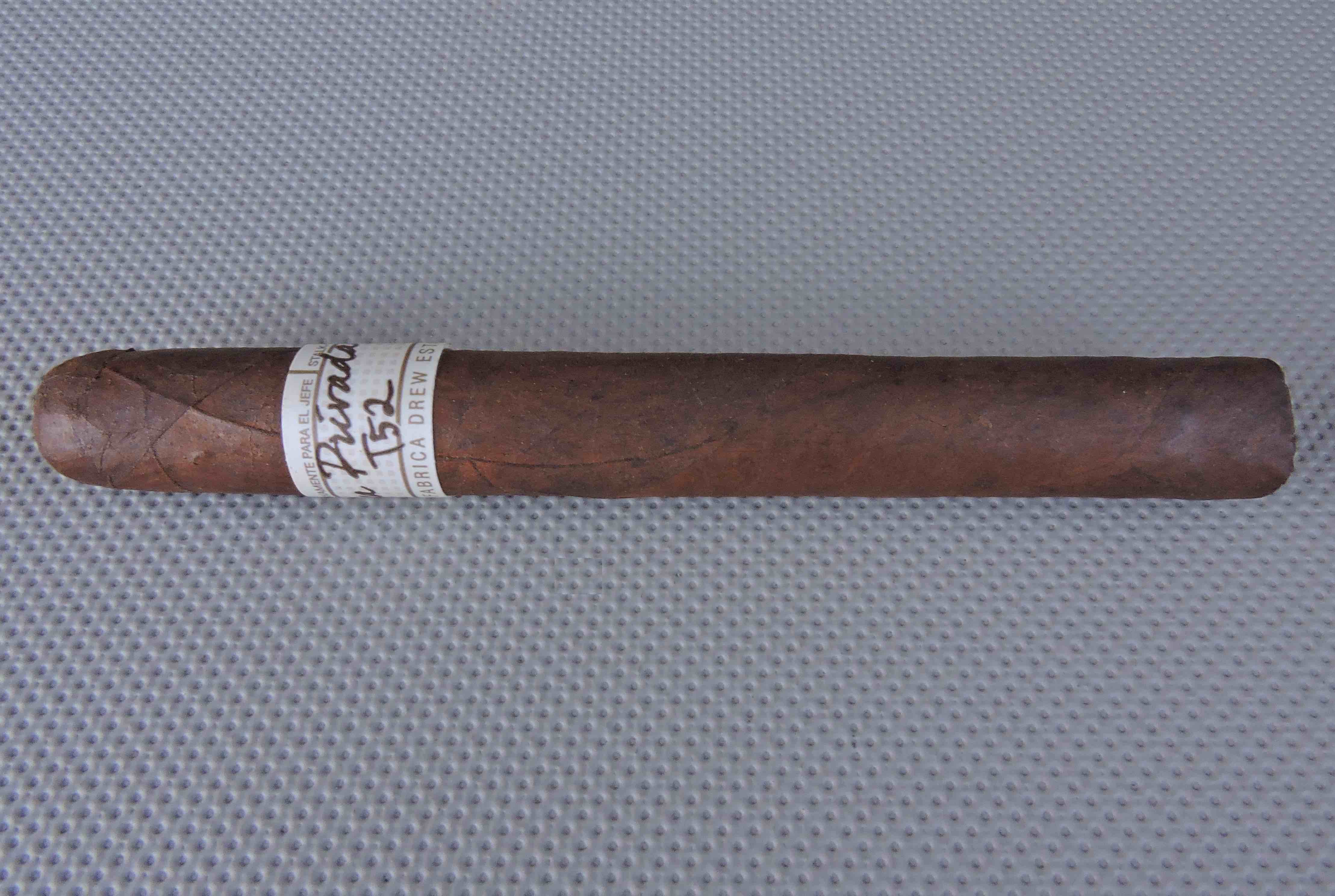 2018 was a significant year for Drew Estate’s Liga Privada brand as the brand celebrated its 10th anniversary. It was also about ten years ago when Drew Estate introduced its second blend under Liga Privada, the T52. The big differentiator of the T52 is that it uses a Habano wrapper grown in the Connecticut River valley. When the wrapper is grown, it is harvested by removing the entire stalk of the tobacco plant as opposed to priming the individual leaves. That cigar would become a huge hit for Drew Estate and earn our 2009 Cigar of the Year. Since 2009, there had been no regular production line extensions. That changed in 2018 when three line extensions were introduced to the T52 and its sister line, the Connecticut Broadleaf Liga Privada No. 9. Today we take a closer look at one of those line extensions, the Corona Viva in the T52 line.

The Corona Viva is a 6 x 46 vitola. It is a size that was added to the original Drew Estate Undercrown (Maduro line) back in 2012. It gave the Undercrown a stronger and fuller profile and became a very popular size in the line. It was added to the T52 and No. 9 lines as a part of the line extensions introduced in 2018.

In addition to the Stalk Cut Habano wrapper, the Liga Privada T52 blend consists of a Brazilian Mata Fina wrapper and a combination of fillers from Nicaragua and Honduras. As with most Drew Estate cigars, the T52 is produced at Drew Estate’s La Gran Fabrica in Estelí, Nicaragua.

The Liga Privada T52 Corona Viva started out with a combination of coffee, wood, earth, orange rind, and exotic pepper. During the first half, the coffee notes became primary with a creamy undertone. The wood, earth, orange rind, and pepper notes became secondary. There was much more of a sweetness component to the orange rind during the early stages. As the T52 Corona Viva moved into the second half, the earth notes displaced the coffee in the forefront. There was more in the way of pepper and the orange rind notes developed a slight bitterness. Right until the end there still were notes of coffee and wood present as well. The flavors started out medium-bodied and progressed to medium to full in the second half. This was countered by medium strength.

The T52 remains a flagship brand of Drew Estate. The Corona Viva size delivers a very nice, well-balanced flavor profile. I’ve been a little more partial to the larger ring gauges with this cigar- especially the Toro size which was the one that won it a Cigar of the Year award in 2009 for Cigar Coop. It’s a cigar I’d recommend to an experienced cigar enthusiast, but wouldn’t discourage a novice from trying. As for myself, the T52 Corona Viva is a cigar I would purchase multiples and smoke again, but my preference is to this day still the Toro size.