The Prime Time Awards are voted on by each of the three members of the Prime Time Podcasts. The awards look at the impact on the cigar industry. Today, we unveil our choice for 2018 Small Factory of the Year. This award factors things such as innovation, continued quality, and impact to the industry,

Tabacalera La Alianza, the cigar factory owned by the legendary Ernesto Perez-Carrillo Jr. is the Prime Time team’s selection for 2018 Small Factory of the Year.

The company is not just producing excellent cigars for its own brand E.P. Carrillo, but it is producing high-quality cigars for others. At the top of the list has been Crowned Heads, a company for which Tabacalera La Alianza has been a manufacturing partner for over eight years. Other companies that have had enormous success in superior releases included MLB Cigar Ventures, Royal Agio Cigars, and Viaje. 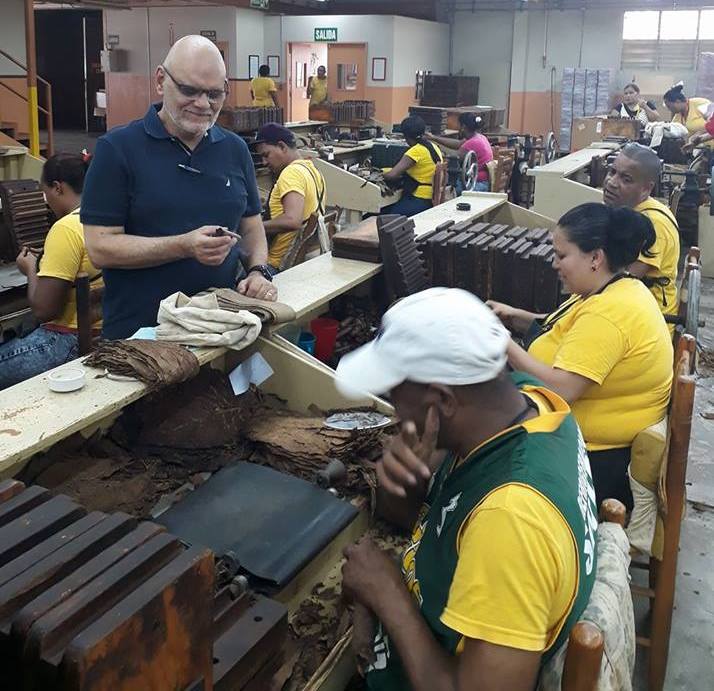 Tabacalera La Alianza had a leading four spots on the Cigar Coop Countdown of the best cigars of 2018. It was represented two times on Bear Duplisea’s Top 10 Cigars of the Year on #ElOsoFumarTakes (including his Cigar of the Year with the E.P. Carrillo Encore Valientes), and three spots on Aaron Loomis’ Top 25 Cigars for 2018 on Developing Palates.

It wasn’t just the newer products. The team noted the consistency and high quality of the releases coming out of this factory as a key factor as well.

Perhaps the most overlooked component has been some of the innovation. Over the past 18 months, the company brought the Connecticut Habano wrapper into the spotlight with releases for the E.P. Carrillo TAA and Crowned Heads Four Kicks Maduro releases – maintaining excellent consistency in 2018. They even worked with Brazilian Mata Norte for Royal Agio’s Balmoral Serie Signatures. Meanwhile, the factory was highly successful with the Dominican-made Nicaraguan puro Encore – turning it into its most acclaimed release to date.