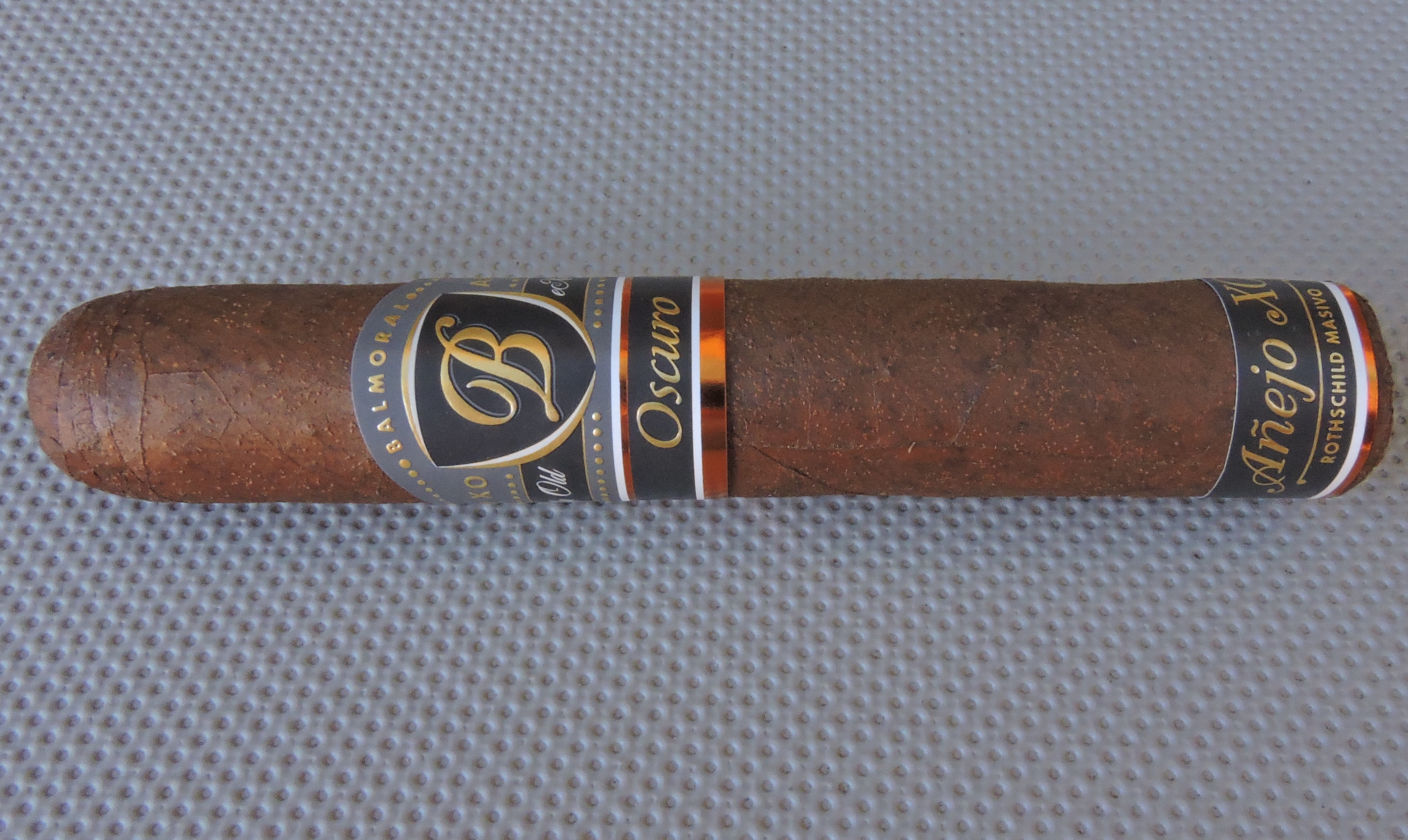 Just prior to the 2018 IPCPR Trade Show, Royal Agio Cigars announced two new blends under its Balmoral brand with the Balmoral Añejo XO Oscuro and the Balmoral Añejo XO Connecticut. Royal Agio Cigars is a company based in the Netherlands that has a large presence in Europe. However, the company is no stranger to the U.S. market, best known for its machine-made Mehari’s and Panter brands. The company has also produced cigars in the premium hand-made space under its Balmoral brand. In 2014, Royal Agio entered into a strategic partnership with Drew Estate, where Drew Estate would distribute Royal Agio products in the U.S. while Royal Agio would distribute Drew Estate in Europe. In 2017, Royal Agio decided to take control of its own distribution in the U.S. market (while continuing to distribute Drew Estate in Europe). After establishing a U.S. headquarters, the company would now focus to expand its premium offerings and that is where the extensions to Balmoral came in. Today we take a closer look one of those extensions – the Balmoral Añejo XO Oscuro in the Rothschild Masivo size.

The original Balmoral cigar that was seen in the U.S. was the Balmoral Royal Selection Anejo 18. That cigar was highlighted by an 18-year-old Brazilian Arapiraca wrapper. Once the supplies of that wrapper ran out, the company would substitute a different wrapper and in 2015 released that cigar as the Balmoral Anejo XO. As mentioned, the Balmoral Añejo XO Oscuro and the Balmoral Añejo XO Connecticut are extensions of that blend. In addition, a limited edition collaboration extension was launched, Balmoral Serie Signatures Dueto. That cigar was done in conjunction with Tabacalera La Alianza and Ernesto Perez Carrillo.

As a brand Balmoral traces its roots back to 1895. The name is derived from the Scottish castle that is used by the Royal Family in the United Kingdom today.

Without further ado, let’s take a closer look at the Balmoral Añejo XO Oscuro Rothschild Masivo and see what that cigar brings to the table.

Royal Agio Cigars CEO Boris Wintermans has taken a hands-on role in terms of the blending. It is well documented he is a fan of Brazilian tobacco, and with the Balmoral line, he incorporates it into each of the blends. In the case of the Balmoral Añejo XO Oscuro, it is Brazilian Mata Norte tobacco used in the filler. The cigar is finished with a Mexican wrapper. Production is handled out of the company’s San Pedro de Macaris factory in the Dominican Republic.

The Balmoral Añejo XO Oscuro is offered in five sizes. Each is presented in 20-count boxes.

The Mexican wrapper of the Balmoral Añejo XO Oscuro Rothschild Masivo has a roasted coffee bean color. There is a slight amount of mottling on the surface. There wasn’t much in the way of oil. While there were some visible veins, there was enough of a dark tint on the wrapper to hide the wrapper seams.

There are two bands on the Balmoral Añejo XO Oscuro. The primary band consists of a gray, black gold, white and copper color scheme. On the center of the band is a dark gray shield with gold trim. On the center of that shield is large gold cursive-styled “B”. The upper portion of the band surrounding the shield is gray. Above the shield on that gray background is the text “BALMORAL” in gold font. To the left and right of the shield on the gray background is the text “ANEJO XO” in gold font. Below that is the text “Exceptionally old” in white cursive font on a darker gray background. On the far right is a smaller version of the gray shield that is on the front of the band – including the gold “B”. A darker copper stripe is on the lower portion of the band with the text “Oscuro” in gold cursive font on a black stripe. The remainder of the band has gold dots across the top and copper trim on the bottom.

The secondary band is gray in color. The text “Anejo XO” is in gold cursive font on that background. Below that text is the text “ROTHSCHILD MASIVO” in smaller gold font. There is a white and copper trim on the bottom.

A straight cut was used to commence the cigar experience of the Balmoral Anejo XO Rothschild Masivo. After removing the cap it was time to move to the pre-light draw stage. The cold draw was simple, but more than satisfying as it delivered a mix of coffee bean and leather. After that, I lit up the Balmoral Anejo XO Rothschild_Masivo and began to smoke.

The Balmoral Añejo XO Oscuro Rothschild Masivo started out with notes of coffee bean, earth, white pepper, and a slight vegetal note. Early on the coffee bean notes moved into the forefront and were joined by chocolate malt notes and an underlying creamy component. The pepper dissipated and was replaced by a cedar note. The cedar settled in the background with the earth and vegetal notes. This was followed by a slight citrus note. Meanwhile, the retro-hale produced a combination of oak and cedar.

During the second third, the coffee notes in the forefront became more robust, eclipsing the chocolate malt notes and creamy notes which slowly began to dissipate. Meanwhile the earth, vegetal, citrus, and cedar notes remained. These notes were joined by a return of the white pepper notes.

By the last third of Balmoral Añejo XO Oscuro Rothschild Masivo, the cedar notes increased in intensity and closed in on the coffee notes. By this point, the malt and cream notes were not much of a factor. Concurrently there still were some earth, vegetal, citrus, and pepper notes present. This is the way the Balmoral Añejo XO Oscuro Rothschild Masivo came to a close. The resulting nub was slightly soft to the touch, but cool in temperature.

In terms of the burn, the Balmoral Añejo XO Oscuro Rothschild Masivo had no problem maintaining a straight burn path. From time to time there was a slight amount of waviness on the burn line, but the cigar never meandered off track. This was a firm, thick ash that was light gray in color. As for the burn rate and burn temperature, both were ideal throughout the smoking experience. 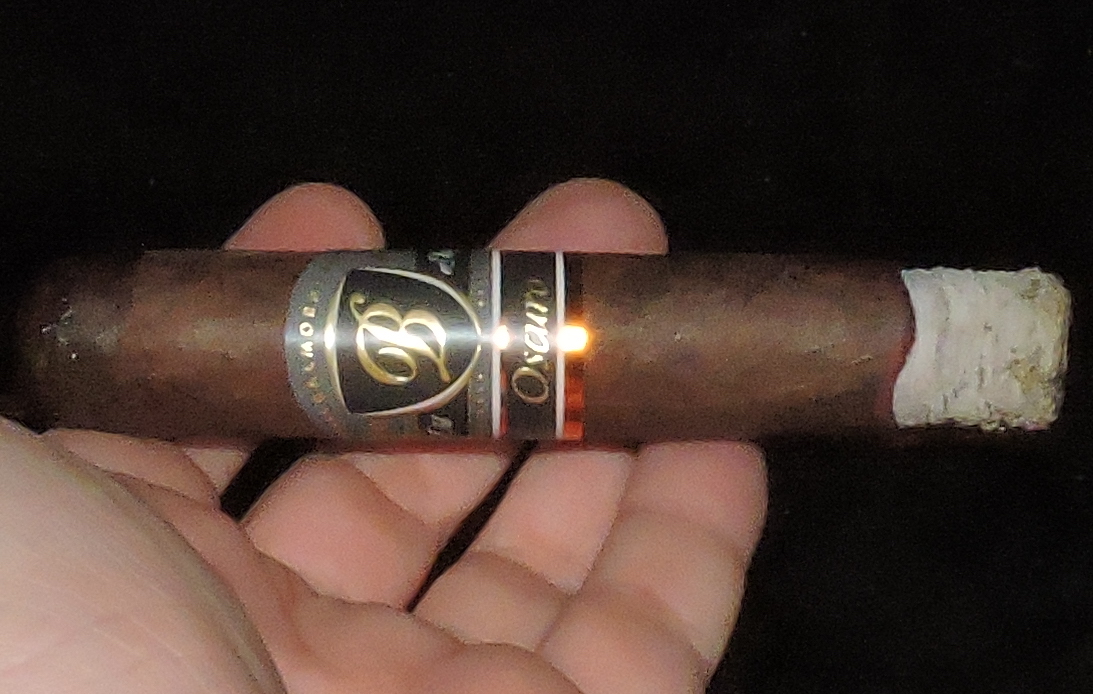 The Balmoral Añejo XO Oscuro Rothschild maintains a nice balance of openness and resistance when it came to its draw. Overall this was a low maintenance cigar to derive flavor from. Concurrently, this was a cigar that produced an ample amount of smoke.

In terms of strength and body, the Balmoral Añejo XO Oscuro Rothschild Masivo falls as a solid medium. For the most part, the body remained constant throughout the smoking experience. There was a slight dip in strength in the first half, but it ramped back up to the level it was at earlier in the cigar by the second half.

In terms of strength versus body, except for the point where the strength dipped, I found both to be on a level playing field.

My experience with the Balmoral Añejo XO Oscuro Rothschild Masivo proved to be a positive one. It delivers a pleasant flavor profile from start to finish. As I have mentioned in the past, my feeling is the San Andres wrapper can tend to overpower a blend, but that was not the case with the  Balmoral Añejo XO Oscuro Rothschild Masivo. While many connoisseurs might avoid this size because it is a larger ring gauge (55), I found the cigar to be a solid performer in this offering. This is a cigar I could recommend to either a novice or experienced cigar enthusiast. As for myself, this is a cigar I would definitely reach for again – and it’s worthy of having multiples in the humidor.