Agile Cigar Reviews are cigar assessments where we use a lightweight, shorter format. These will never take the place of our comprehensive reviews. They are only used on blends we have previously assessed. This might be a blend we are re-scoring or giving a score for the first time. It might be a blend we are looking at in a different size. Today we look at the Cornelius & Anthony Daddy Mac in the Robusto size. This is a cigar we have previously assessed in the Corona Gorda size back in June 2016. 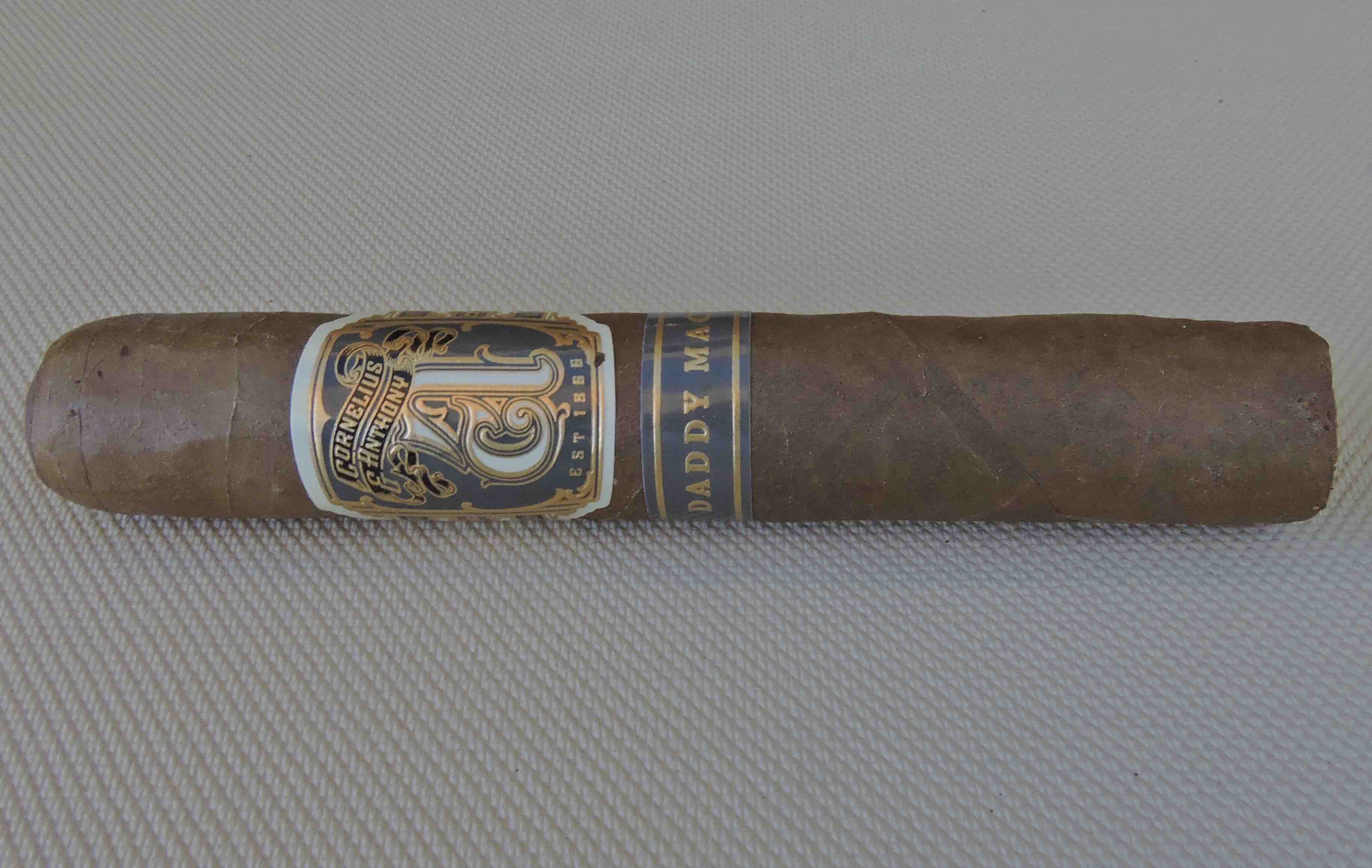 Cornelius & Anthony is the premium cigar arm of S & M brands. The company is run by Steven Bailey, whose family has over 150 years of experience in the cigar business.  Prior to 2016, Bailey had tried to get Cornelius & Anthony off the ground, but was not satisfied with the final products. Essentially Bailey went back to the drawing board and put a reset plan into motion. In 2016 Cornelius & Anthony would launch what essentially would be their first two products: Cornelius, a release made at El Titan de Bronze; and Daddy Mac, a release made at Erik Espinosa’s La Zona factory. Today we take a look at the Daddy Mac in the Robusto Size.

The name Daddy Mac incorporates the Bailey family’s history in the tobacco business as it pays tribute to company founder Steven Bailey’s father Mac Bailey.  It’s a cigar highlighted by a Brazilian wrapper. Up until the release of Daddy Mac, La Zona had primarily only worked with a Brazilian wrapper on the Espinosa Laranja Reserva, so this was La Zona’s first major release with a wrapper from Brazil outside of that cigar. The remainder of the blend consists of Nicaraguan tobaccos for the binder and filler. The Robusto size comes in a classic 5 x 52 format.

The Daddy Mac Robusto started out with notes of earth, nut, dried fruit, and red pepper. The red pepper was also present on the retro-hale. As the cigar experience progressed into the second third, the earth notes developed into a classic chocolate note that moved to the forefront while the dried fruit took on more classic qualities of natural tobacco sweetness. The last third saw the earth and natural tobacco remain the key flavors. These were rounded out by red pepper, chocolate, and nut flavors.

The flavors produced were medium to full-bodied. This was countered by medium strength. For the most part, the intensity levels of the flavors remained constant.

While the Daddy Mac Robusto scores the same (91) as the Corona Gorda, our scoring algorithm uses tougher criteria in 2019 than we did in 2016, and while the Corona Gorda was an excellent size, the Robusto performed even better.  It’s certainly a cigar that has enough complexity to keep your interest. More importantly, it’s a cigar that delivers great flavor. It’s a cigar I would recommend to a more seasoned cigar enthusiast, but certainly wouldn’t discourage a novice from trying. As for myself, I found this to be one of Cornelius & Anthony’s most overlooked releases. It’s one I would smoke again – and it garners box worthy consideration.