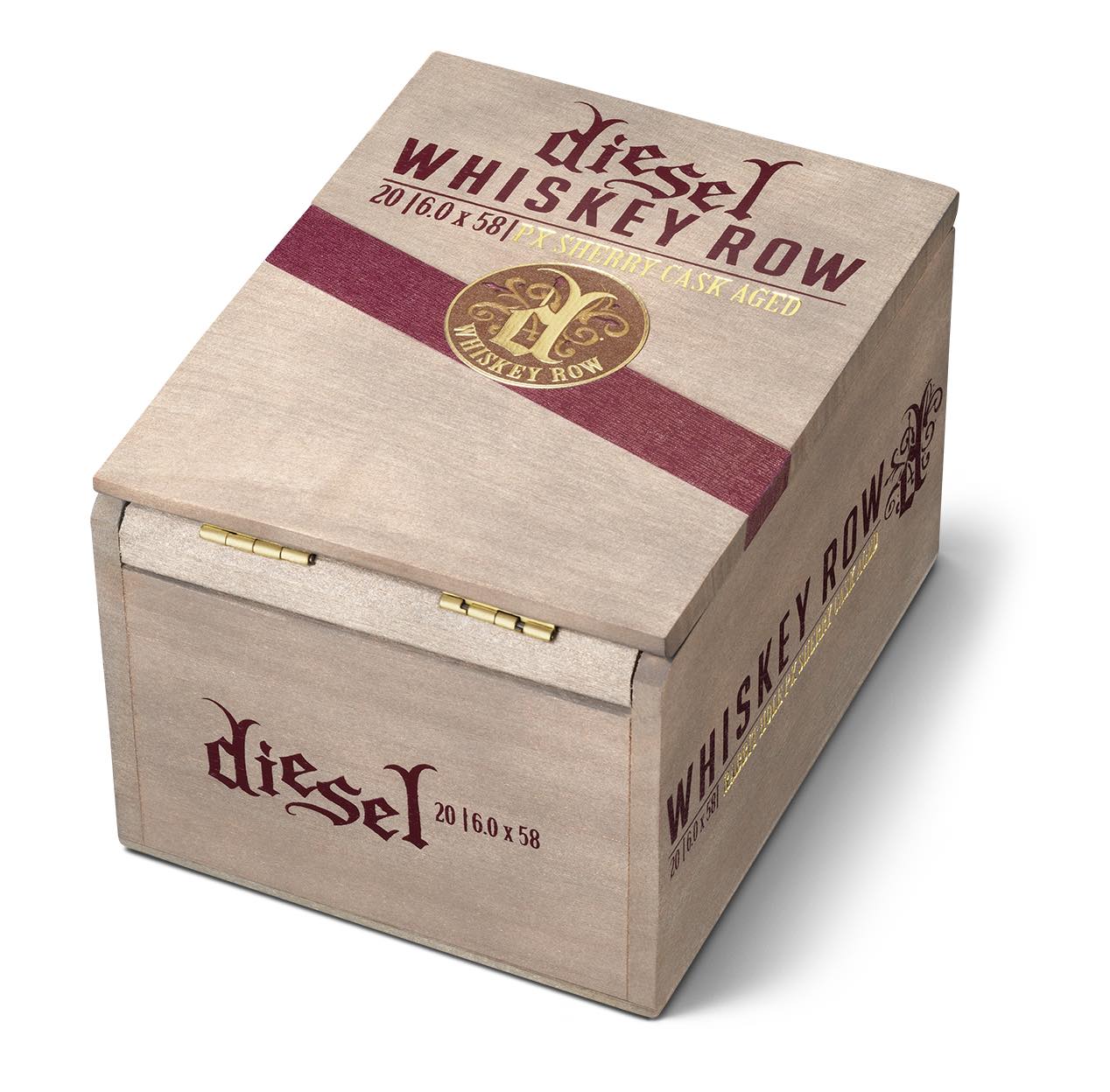 The project was developed by Justin Andrews, Senior Brand Manager at General Cigars. It features a blend by AJ Fernandez. The duo worked on the original Diesel Whiskey Row as well as the limited Diesel Hair of the Dog.

The blend for the Diesel Whiskey Row Sherry Cask is built around a binder leaf that General describes as a rare Arapiraca leaf from Central Brazil’s Alagoas region. This Brazilian leaf was then aged in Rabbit Hole’s Ximénez Sherry barrels. The binder is used over a blend of Nicaraguan Habano and the cigar is finished with a Connecticut Broadleaf maduro wrapper. The cigars will be offered in three sizes: Robusto, Toro, and Gigante – each presented in 20-count boxes. Pricing is set between $8.49 and $9.49 per cigar. 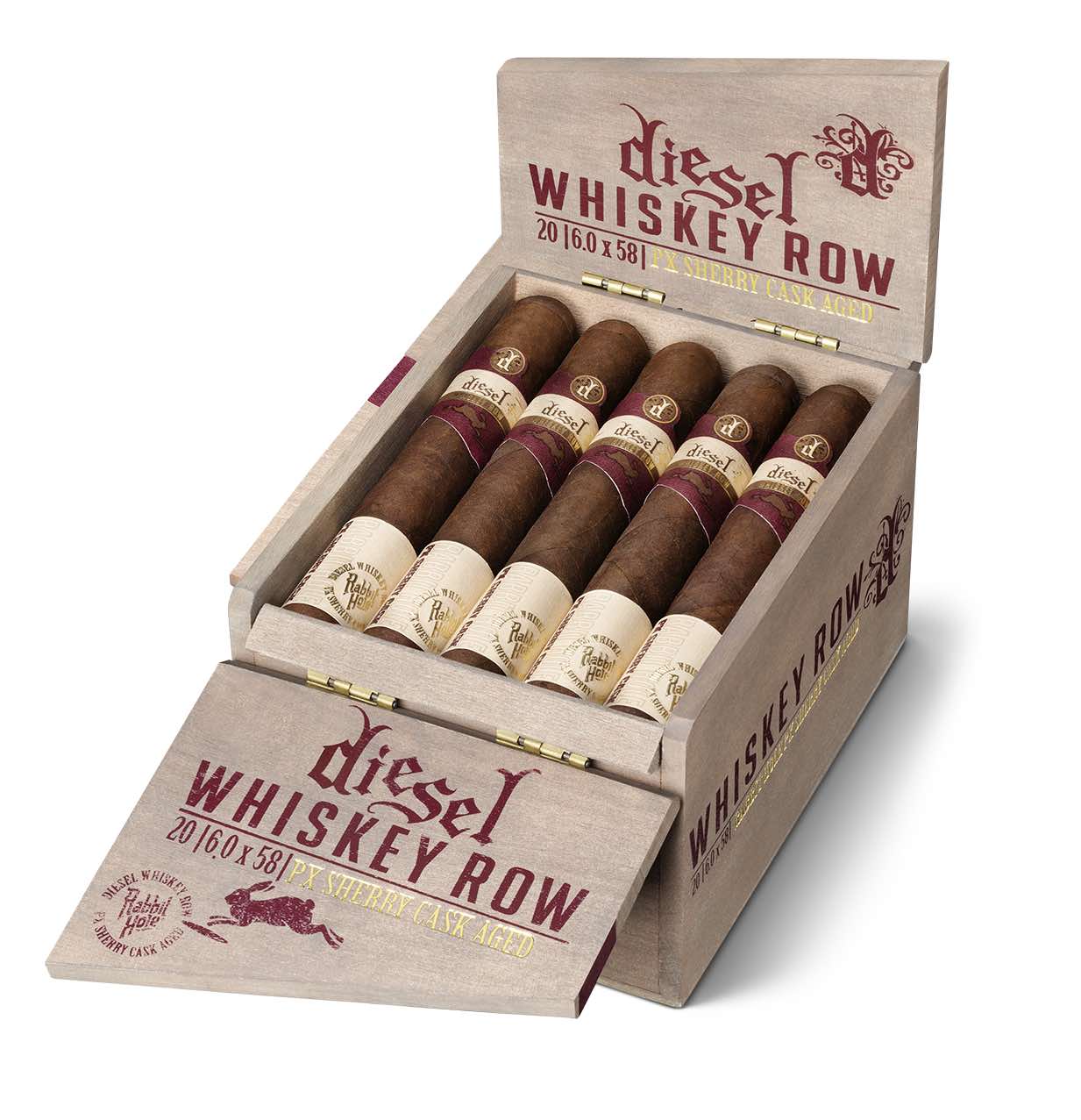 “With Diesel Whiskey Row Sherry Cask, we set out to expand the Diesel portfolio by offering cigar and spirits lovers a deeper sensory experience and I believe we have delivered that in spades. This new blend is perfectly suited to pairing with a fine spirit, stands up equally well on its own, and has all the makings of another runaway success for Diesel,” commented Justin Andrews in a press release.

Kaveh Zamanian, founder and whiskey maker of Rabbit Hole added, “For our second collaboration with Diesel, we selected our rich and aromatic Pedro Ximénez sherry casks for AJ to use in the tobacco aging process because we knew they would lend a stunning complexity to the blend. ‘Sherry Cask’ speaks to the power of our partnership with Diesel and our collective focus on combining heritage technique and refined innovation to heighten the experience of fine cigars and spirits.”

At a glance, here is a look at the Diesel Whiskey Row Sherry Cask: