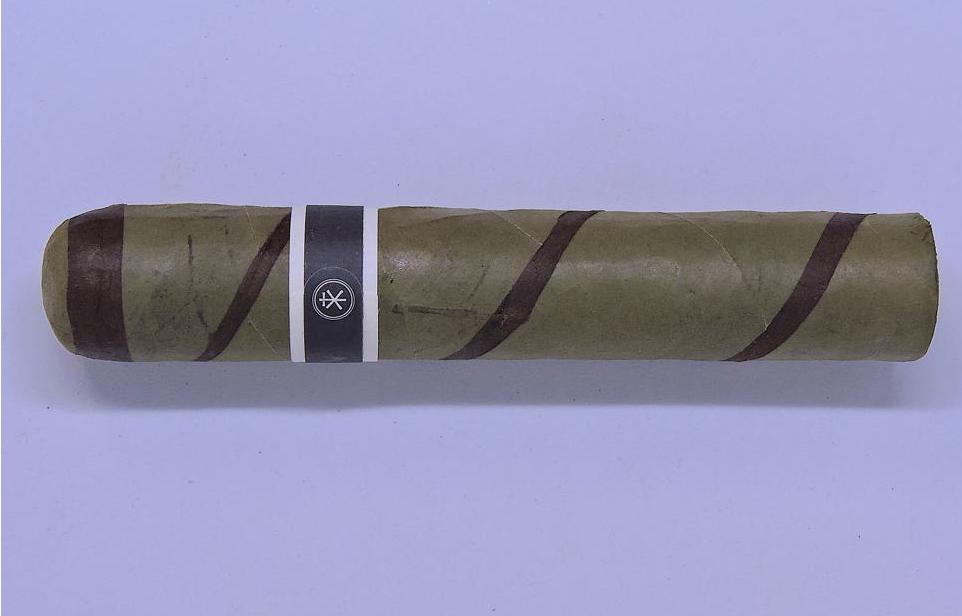 The CroMagnon EMH Don Bosco is a limited production cigar that comes from RoMa Craft Tobac. It’s a cigar that was released for Virginia-based retailer Old Virginia Tobacco Company. It’s an off-shoot of the company’s CroMagnon blend, but utilizes a barber-pole style wrapper of Candela and Connecticut Broadleaf wrapper. The name Don Bosco refers to Saint John Bosco, a 19th century Roman Catholic priest. “Don” is what Italians call priests instead of “Father.” The CroMagnon EMH Don Bosco has a charity component as a portion of the proceeds of the cigar go to the Iglesia Don Bosco charity (bearing Bosco’s name) in Nicaragua. Today we take a closer look at the CroMagnon EMH Don Bosco.

The Don Bosco can be considered an off-shoot of an off-shoot of an off-shoot of the company’s regular production CroMagnon line. Featuring a Connecticut Broadleaf wrapper, CroMagnon was RoMa Craft Tobac’s first line. Back in 2013, the company released a candela version of the CroMagnon EMH (5 x 56) known as the Fomorian. This project resulted when the Nica Sueno factory discovered some aesthetic issues with some of the Connecticut Broadleaf CroMagnon EMH (5 x 56) cigars. As a result, RoMa Craft Tobac brand co-owner Skip Martin set aside about 250 of the EMH vitolas from production. He then asked the factory to place a candela wrapper, and thus the Fomorian was born. Since then, the Fomorian has become a limited small batch release. CroMagnon EMH Black Irish is the next generation of the line, as it combines the Connecticut Broadleaf of the CroMagnon with the candela wrapper of the Fomorian in a barber pole format creating an effect where the candela accents the Broadleaf. Don Bosco is the reverse of the Black Irish where the Broadleaf accents the candela.

Without further ado, let’s break down the RoMa Craft Tobac CroMagnon EMH Don Bosco and see what this cigar brings to the table.

The CroMagnon EMH Don Bosco has been produced in one size – a 5 x 56 Robusto. The cigar was presented in 24-count boxes with a total of 400 boxes initially produced for Old Virginia Tobacco Company.

As we described above, the CroMagnon EMH Don Bosco uses two wrappers. The Candela wrapper was wrapped around the Broadleaf, leaving a thin pinstripe effect on the barber pole. The cap of the cigar is made from a Candela leaf. There was also a ring of Broadleaf exposed just below the cap. The Connecticut Broadleaf wrapper had a roasted coffee bean color while the Candela wrapper had an olive green color to it. Both wrappers had a sheen of oil on the surface. This cigar had a relatively smooth surface and any visible veins were on the thin side.

The CroMagnon EMH Don Bosco features the same banding found on many of the other vitolas of the CroMagnon line. There is a thin charcoal-colored band with the text “CROMAGNON” embossed on it. The back of the band contains the RoMa Craft Tobac logo. The charcoal band sits on top of a thicker white band. The white band contains etchings of what could be considered “early modern man.”

The start of the Don Bosco picked up where the pre-light draw left off. Notes of grass, coffee, black pepper, citrus, and cream. Early on the grass, citrus, and coffee moved into the forefront with the pepper and cream settling in the background. Meanwhile, there was an additional layer of black pepper and grass on the retro-hale.

When the Don Bosco reached the final third, the coffee and grass notes were still in the forefront with both notes alternating in intensity. The citrus and black pepper remained in the background. There was an increase in the pepper spice, but it didn’t quite reach the forefront. By this point, the subtle creaminess that had been present early on had subsided. This is the way the Don Bosco came to a close. The resulting nub was soft to the touch and slightly lukewarm.

The burn of the Don Bosco did require some touch-ups along the way to maintain a straight burn path and a straight burn line.  The amount of touch-ups needed was not what I would consider to be excessive. The resulting ash had a salt and pepper color to it. This wasn’t an overly firm ash, but it wasn’t loose or flakey either. The burn rate was ideal. The burn temperature was ideal, but toward the nub did get a little lukewarm. 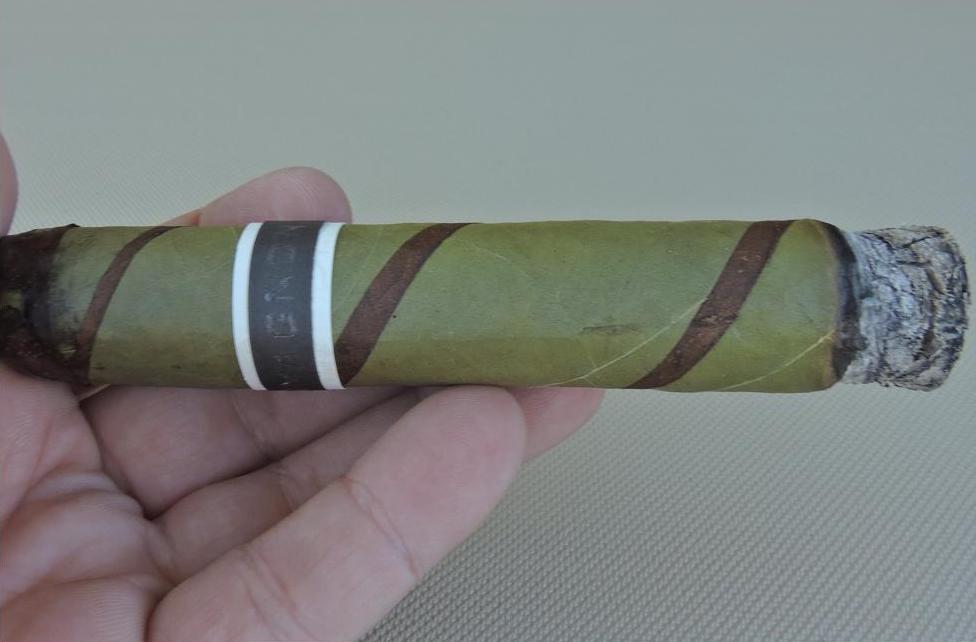 The Don Bosco maintained an excellent draw. It had just a touch of resistance making for an ideal draw. This was also a low maintenance cigar to derive flavor from.

While I didn’t find the Don Bosco to be as bold when compared to its sibling cigar, the Black Irish, I still would contend this is a bolder blend compared to other candela wrapped-forward blends. This is a cigar that delivered a medium strength, medium-bodied experience from start to finish. There was some increase in the intensity levels along the way, but in the end, the Don Bosco didn’t quite make its way out of the medium range of the spectrum for strength and body.

Comparing the strength and body levels, I found both attributes balanced each other nicely with neither attribute overshadowing the other.

Overall I have been pleased with what RoMa Craft Tobac has done with its candela wrapped blends. However, in the pecking order of the CroMagnon off-shoots, I rank the Don Bosco as number 3 behind the Black Irish (#2) and the Formorian (#1). With Black Irish and Fomorian I found those cigars had much more of a “wow” factor. The Don Bosco delivered good flavors, but just didn’t have that wow factor. There were a couple of samples I smoked that did leave a slight bitter aftertaste. Still, I found the positives outweighed the minuses here. It’s a cigar I could recommend to a novice or experienced cigar enthusiast to smoke – particularly if one does like candela. As for myself, it’s a cigar I can see myself purchasing and smoking again.