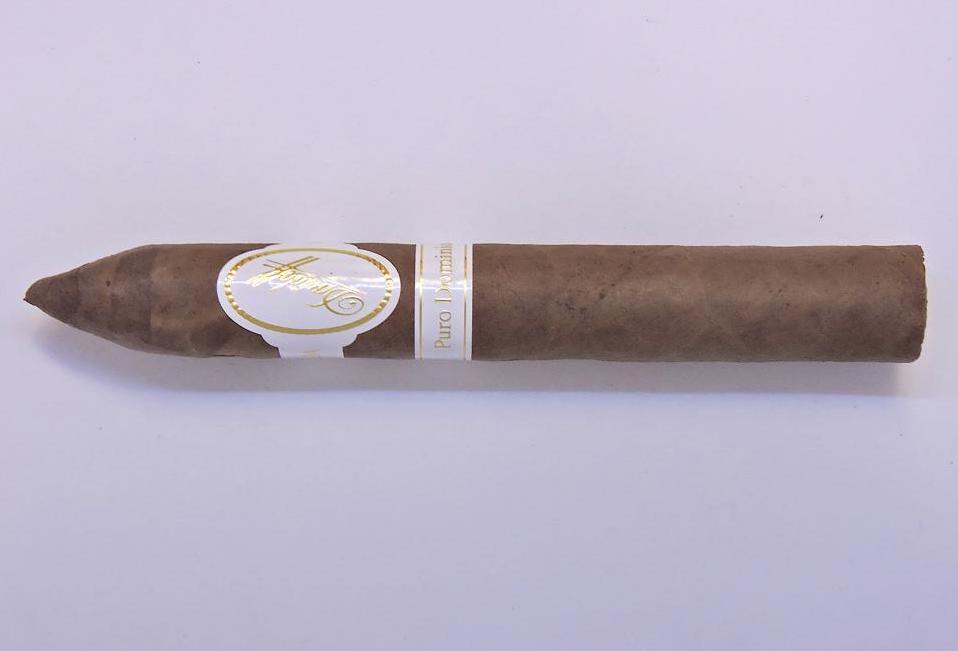 The Davidoff Vault Series was introduced in 2016. It is a vehicle that serves to re-release limited editions and other private collection cigars from Davidoff. The releases come out in small batches with allocations split between the Davidoff of Geneva website and select appointed merchants.

Without further ado, let’s break down the Davidoff Puro Dominicano Belicoso and see what this cigar brings to the table:

The re-release of the Davidoff Puro Dominicano Belicoso measures 5 3/4 x 48. The cigar is packaged in ten-count bundles.

The Dominican grown wrapper of the Davidoff Puro Dominicano has a medium brown color with a rosado tint. Upon closer examination there is some mottling that can be seen on the surface. The wrapper also has a light coating of oil on it. There are some thin visible veins, but the wrapper seams are only minimally visible. The belicoso tip has a steep taper at the tip of the cigar.

There are two bands on the Davidoff Puro Dominicano. The first band uses the design of the Davidoff White label band. It features the name “Davidoff” in classic cursive gold font on an oval field of white. There are small gold circles going around the perimeter of the oval. The word “GENEVE” (in gold font) flanks to the right of the oval field. To the left of the oval is the text “GENEVA.”

The second band is also white with gold pinstripes near the top and bottom. On the center of the band is the text “PURO DOMINICANO” going across it – also in gold font.

A straight cut was used to cut about half of the belicoso tip off of the Davidoff Puro Dominicano. Once the tip was removed, it was time for the pre-light draw ritual. The dry draw delivered notes of sweet natural tobacco as well as subtle floral and cedar notes. While normally I am not a fan of any floral notes, it worked very well with this cigar on the pre-light draw. In the end this was an excellent pre-light draw. At this point it was time to light up the Davidoff Puro Dominicano and await the smoking experience.

During the second third, the wood notes remained grounded in the forefront. At times the natural tobacco sweetness varied in different degrees of intensity essentially floating between the forefront and background. Meanwhile, the hay and cedar notes remained in the background. There was also a slight amount of black pepper that emerged. There was a little more in the way of cedar on the retro-hale.

The last third of the Davidoff Puro Dominicano Belicoso didn’t see much change. The classic wood notes remained in the forefront with the natural tobacco and the nougat component continuing to float between the background and forefront. The hay remained in the distant background, but there was a slight increase in the cedar and black pepper. The cigar experience of the Davidoff Puro Dominicano finished with a soft, cool nub.

From start to finish, the Davidoff Puro Dominicano Belicoso maintained a straight burn path and a relatively straight burn line. The resulting ash had a light gray color with a slight amount of dark streaks in them. This wasn’t an overly firm ash, but it wasn’t a flaky or loose ash either. Meanwhile, the burn rate and burn temperature were ideal. 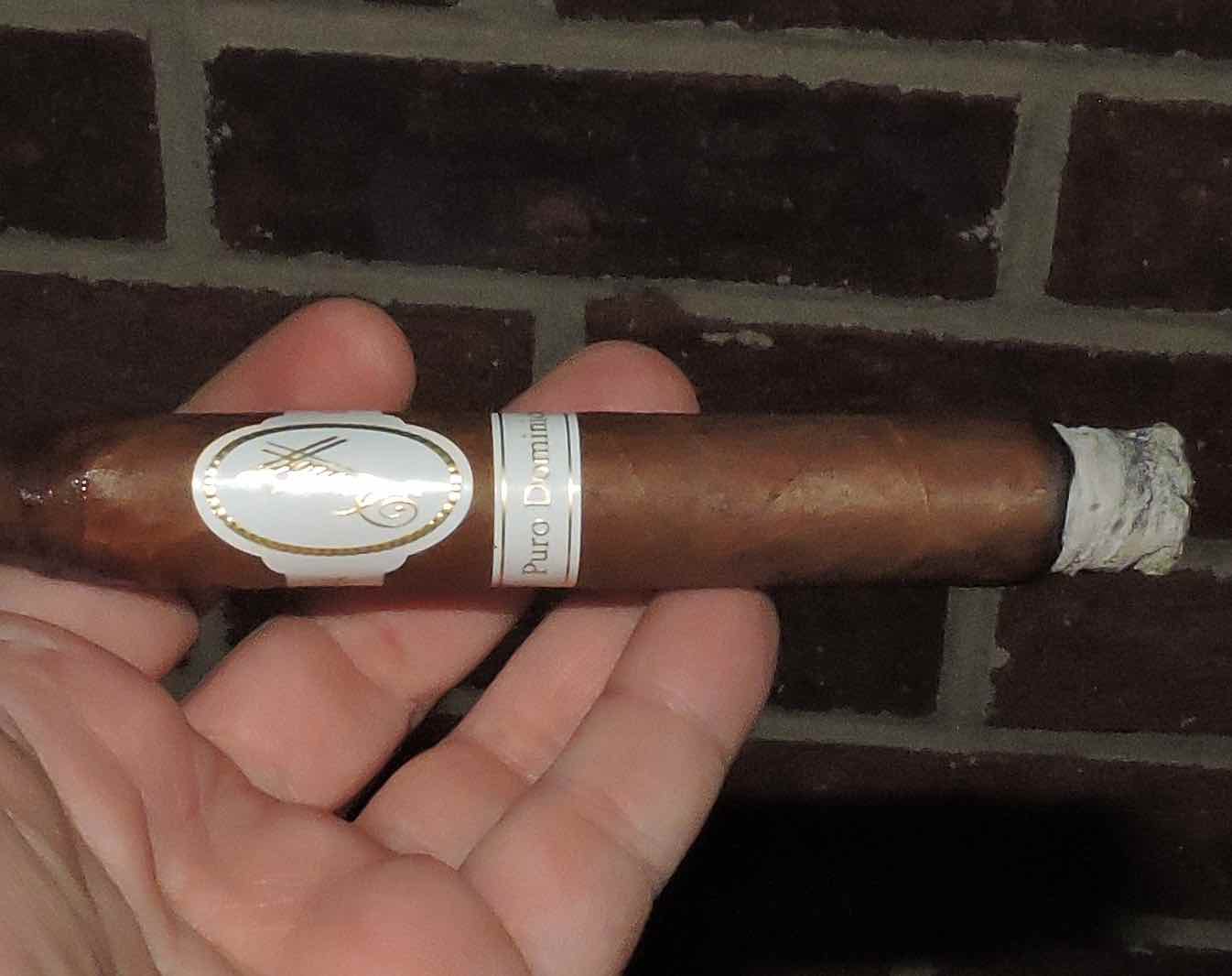 The draw to the Davidoff Puro Dominicano Belicoso had a touch of resistance to it – which is something that I’m always on the record of being in favor of. In addition, the belicoso tip where the cut was made held up very well during the smoking experience.