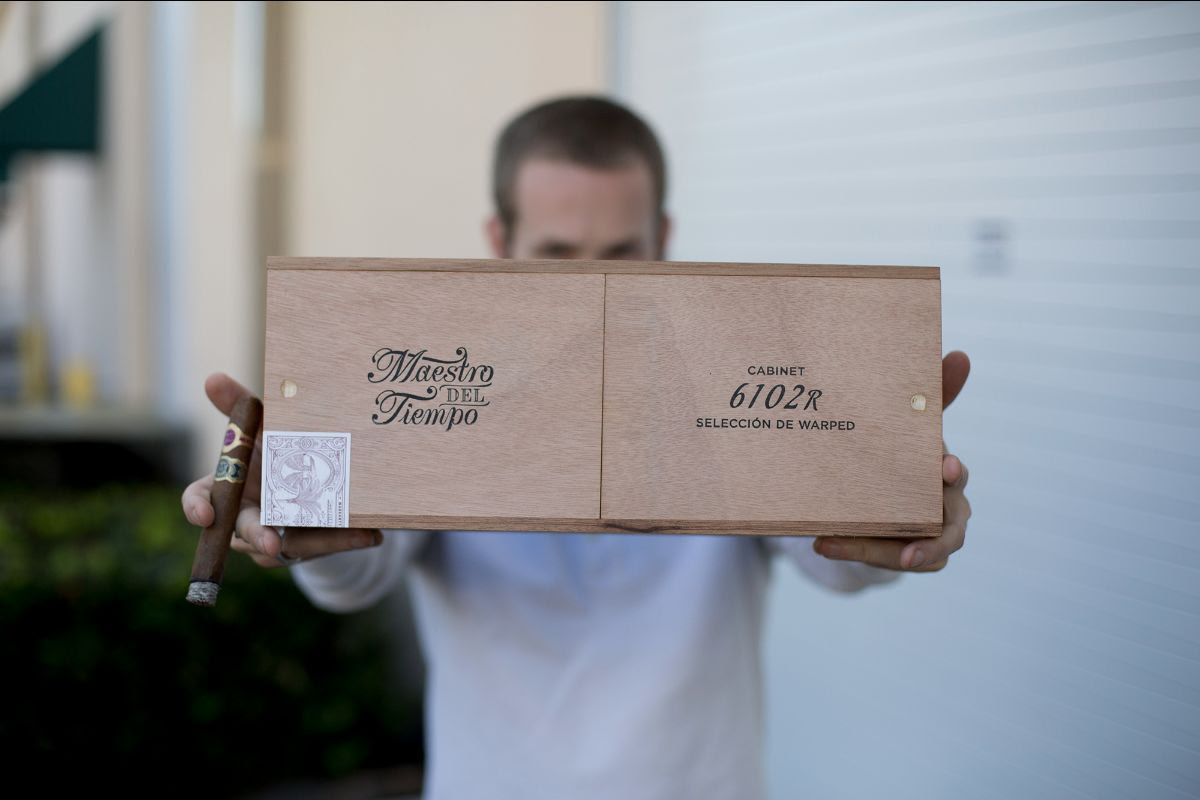 Warped Cigars has announced the return of one of its most sought after cigars, the Maestro del Tiempo 6102R.

When Maestro del Tiempo was first released in 2016, the 6102R was released as a special limited edition offering in the line. While Maestro del Tiempo is a Nicaraguan puro, the 6102R features a slightly different blend that incorporates medio tiempo tobacco. Medio tiempo is one of the highest priming leaves that only grows on a small percentage of tobacco plants. Since medio tiempo is a high priming leaf, it is a leaf that gets the most sunlight and nutrients, so it tends to produce a fuller strength, fuller-bodied cigar. Given it grows on only a small percentage of plants, this necessitates a limited production of the 6102R.

Production comes from Tabacos Valle de Jalapa S.A. (TABSA) in Estelí, Nicaragua. It is being produced in the same size (5 1/2 x 48) and will come in 100-count cabinet boxes.