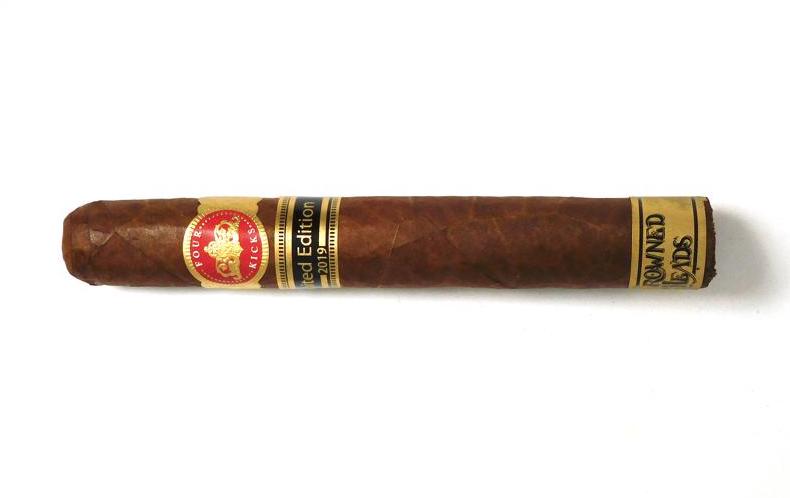 With Mule Kick becoming an annual limited edition line, it has joined two other annual limited edition lines: The TAA Series (The Angel’s Anvil/The Lost Angel), and Las Calaveras. Ecuadorian Sumatra is a staple wrapper of Ernesto Perez-Carrillo Jr. It is a wrapper from Perez-Carrillo Jr. that was used on The Angels Anvil 2018 line as well as the the regular production Headley Grange line. Most recently a new extension to Four Kicks, the Four Kicks Capa Especial was announced. This is a cigar that will also use the Sumatra wrapper and it comes from Perez-Carrillo Jr. as well.

Without further ado, let’s break down the Crowned Heads Four Kicks Mule Kick LE 2019 and see what this cigar brings to the table.

In addition to the Ecuadorian Sumatra wrapper, the remainder of the blend consists of Nicaraguan tobaccos. Production is handled out of Tabacalera La Alianza, the factory owned by Ernesto Perez-Carrillo Jr. and has produced all of the Four Kicks and Mule Kick lines.

The Four Kicks Mule Kick LE 2019 is available in one size – a: 5 7/8 x 52 Toro. This is the same vitola that has been seen with all of the Mule kick releases to date. The cigars are preserved in ten-count boxes.

The Ecuadorian Sumatra wrapper of the Four Kicks Mule Kick LE 2019 has a medium brown woody look to it. Upon closer examination, there was some mottling that could be seen on the surface. This is a wrapper that did not have much in the way of oil on it. It was a relatively smooth wrapper that had thin visible veins and thin wrapper seams.

There are three bands on the Crowned Heads Four Kicks Mule Kick Limited Edition 2019. The primary band uses a similar design to the original Four Kicks release.. The front of the band features a gold crown on a red background. Over the crown is the text “FOUR” in white font, with “KICKS” below the crown also in white font. Most of the rest of the band has a gold foil design. There are three medallions on the left and right side of the band, adjacent to the front.

There is a third band on the footer. This is the same footer band now appearing on many Crowned Heads releases. The band is gold with black font. On the band is the “CROWNED HEADS” name featuring the company’s logo font. Black trim surrounds the text on the upper and lower portion.

Prior to lighting up the Four Kicks Mule Kick LE 19, a straight cut was used to detach the cap from the head of the cigar. From that point it was on to the pre-light draw experience. The dry draw delivered a mix of wood, earth, and some mixed fruit. Overall, this wasn’t the most exciting pre-light draw, but since the pre-light draw is not factored into the score and rating, there was no loss of points here. At this point it was time to remove the footer band of the Mule Kick LE 19, light up the cigar and see what the smoking phase would have in store.

The Four Kicks Mule Kick LE 19 started out with more notes of wood, fruit, earth and black pepper. The fruit sweetness and wood notes moved to the forefront earlier. Compared to the pre-light draw, these notes were now more robust as the cigar was burning. By the middle of the first third, the fruit sweetness took control. Meanwhile the wood notes settled into a secondary role. The earth and black pepper notes were in the more distant background. Meanwhile there was an additional note of sweetness and wood on the retro-hale.

At the start of the second third of the Mule Kick LE 19, the fruit sweetness had a caramel quality mixed in with it. This sweetness continued to be the primary flavor profile. As the Mule Kick LE19 reached the midway point, the wood and pepper notes began to increase. Concurrently the sweetness in the forefront diminished. By the 60% point the wood took control back as the primary note. The caramel quality that surfaced earlier dissipated.

The last third didn’t see much change. The wood notes remained primary – the fruit, black pepper, and earth notes helped round out the overall flavor profile. This is the way the Four Kicks Mule Kick LE 19 came to a close. The resulting nub was slightly soft to the touch and cool in temperature.

While there was a slight amount of curvature on the burn line, the Mule Kick LE 19 had no trouble maintaining a straight burn path. This was a cigar that was not in need of an excessive amount of touch-ups. The Mule Kick LE 19 produced a silvery-colored ash that was on the firm side. The burn rate and burn temperature were both ideal. 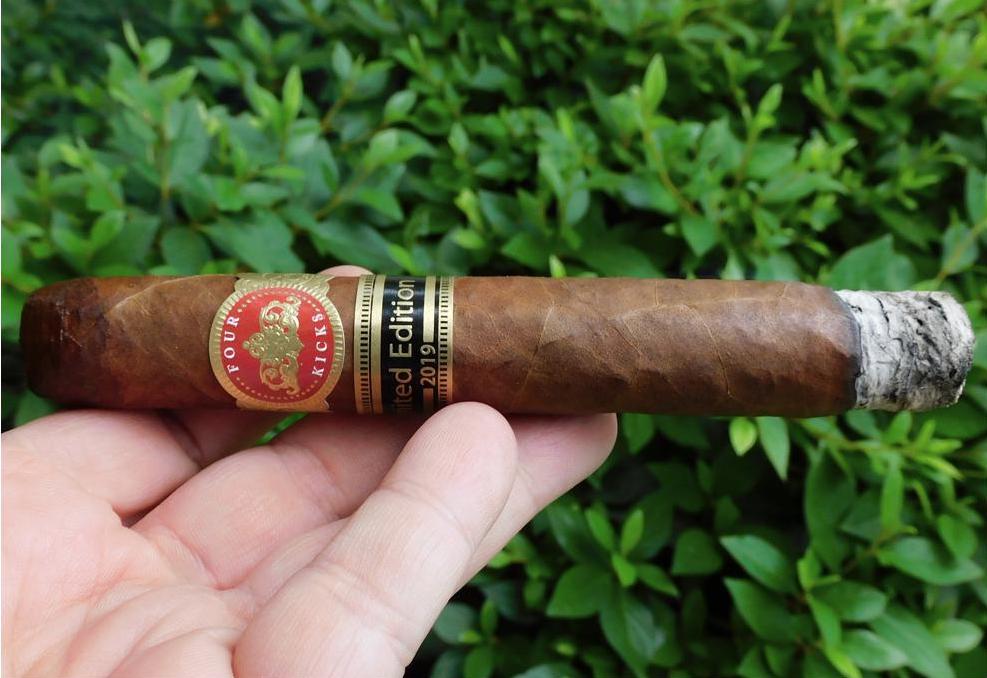 The draw of the Four Kicks Mule Kick LE 19 was on the open side. I usually prefer some more resistance on my draw. At the same time, this didn’t result in any adverse effects on the smoking experience – other than a less than comfortable draw for me.

While the original Mule Kick from 2012 has become a cult classic, I have liked the direction Crowned Heads has taken the Mule Kick line in over the past few years. I enjoyed the LE 18 with the Connecticut Habano wrapper, and have now enjoyed the LE 19 with the Sumatra wrapper. This is a relatively straight-forward flavor profile for an Ecuadorian Sumatra. While it’s not going to deliver an exotic flavor profile, it does deliver a very good one. This is a cigar I would recommend to an experienced cigar enthusiast or a novice looking for something medium/medium-plus. As for myself, this is a cigar I would definitely smoke again – and its a cigar certainly worth purchasing again.