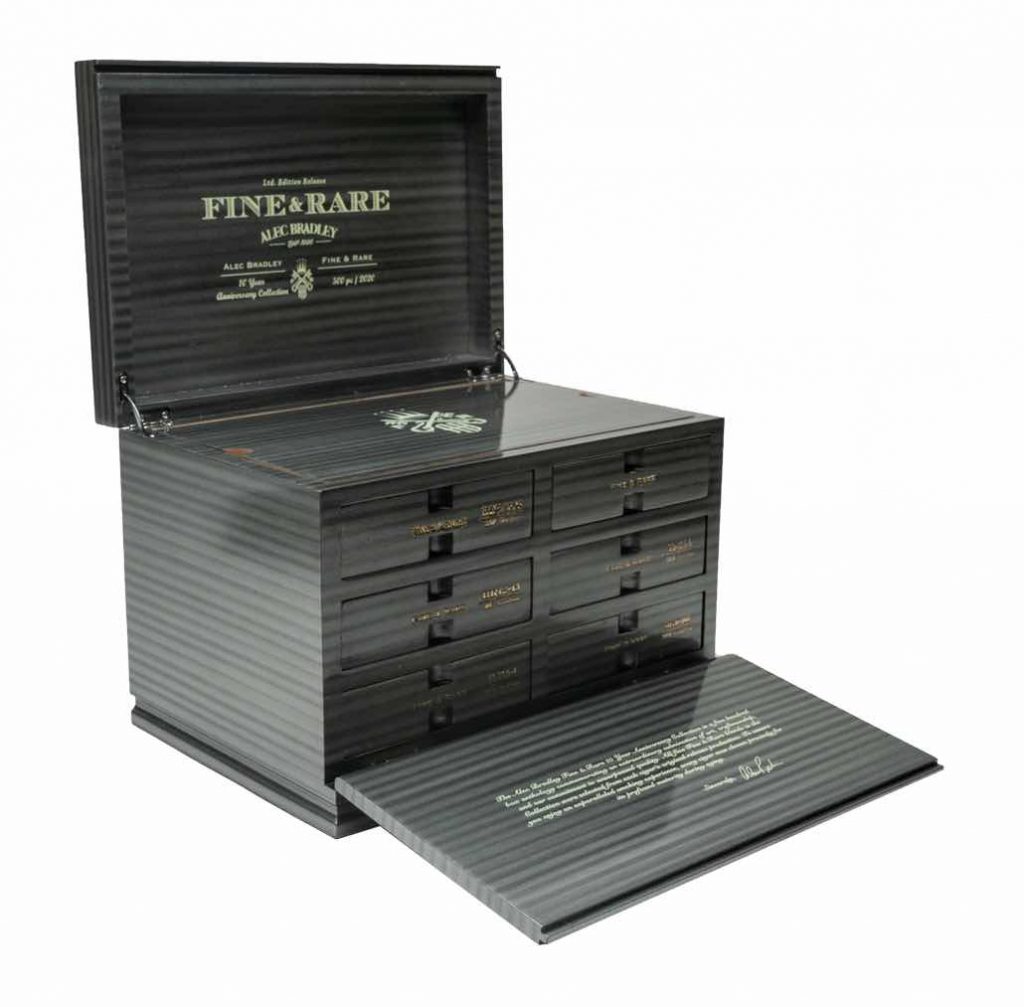 Fine & Rare was introduced in 2011 and has seen several iterations and sizes. The common denominator is that the cigars incorporate ten different tobaccos. For the past few years, company owner Alan Rubin began setting some aside in the aging room with the goal of one day doing a commemorative release.

The shipments were delayed because of the COVID-19 pandemic and two hurricanes that impacted Honduras. As a result, Alec Bradley says the initial shipments will be heading to U.S. retailers and will head to the international market at a later date. 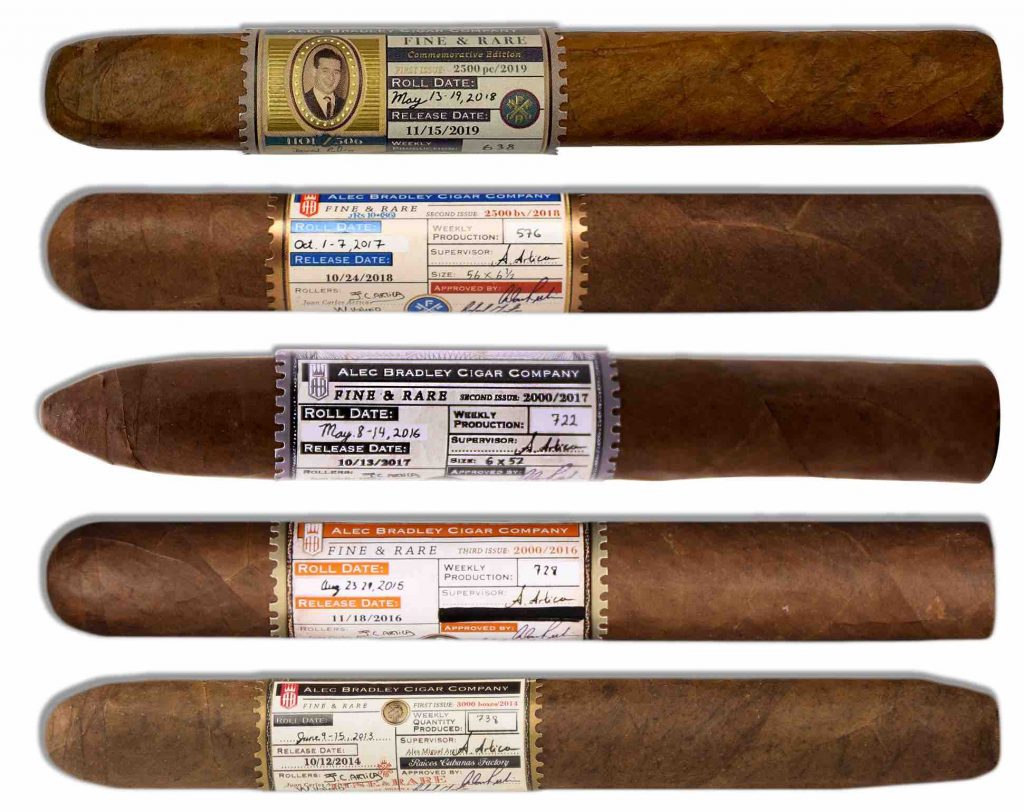 There are a total of 500 10th Anniversary Fine & Rare Commemorative Ltd. Edition Release boxes priced at $600.00 per unit. Each box contains five cigars from each of the following releases as well as one undisclosed release. 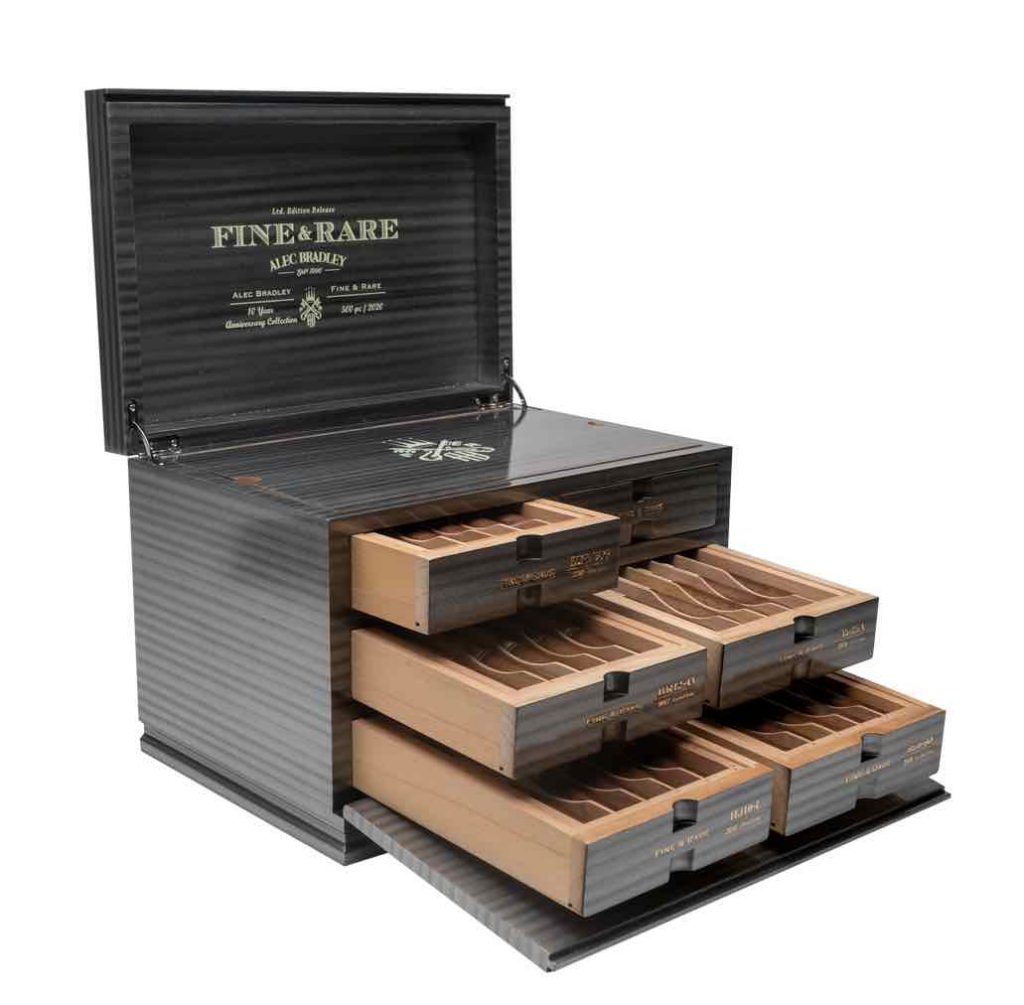