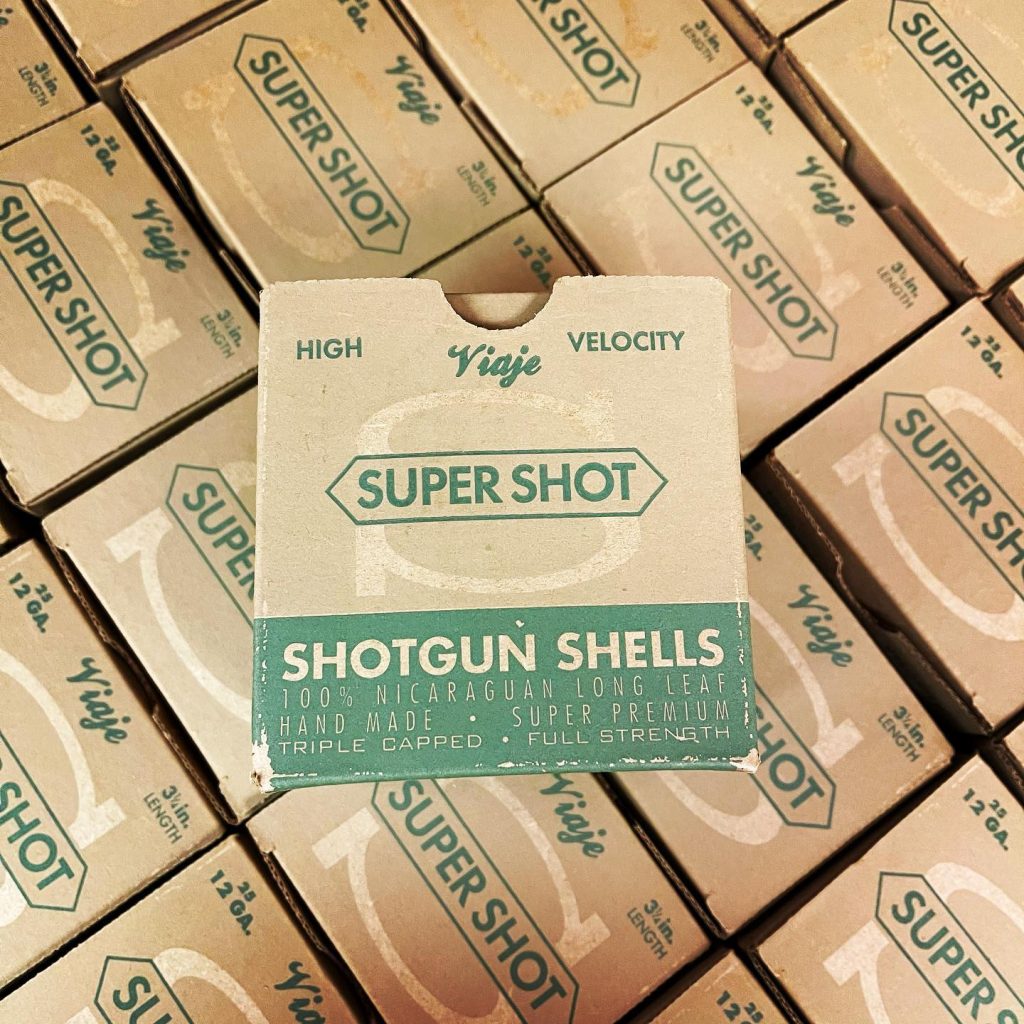 The 2021 edition of the Viaje Super Shot, one of Viaje’s most popular annual small batch releases, has returned for 2021.

The Viaje Super Shot is a cigar that comes from Viaje founder Andre Farkas’ interest in clay shooting. Farkas was hoping to create a short smoke to have while taking a break in between shooting. The Super Shot is also a good cigar to enjoy outside during the winter months.

The cigar itself is a Nicaraguan puro and in previous years has used a Nicaragua Criollo wrapper. As with the previous installments of the core Super Shot line, there are two vitolas. Each vitola is sized to represent shotgun shells – a 10 gauge (3 1/2 x 54) and a 12 gauge (3 1/4 x 52).  The cigars will come in 25-count boxes looking like a shotgun shells box.  As with all releases, the Viaje Super Shot 2019 is a small batch release.