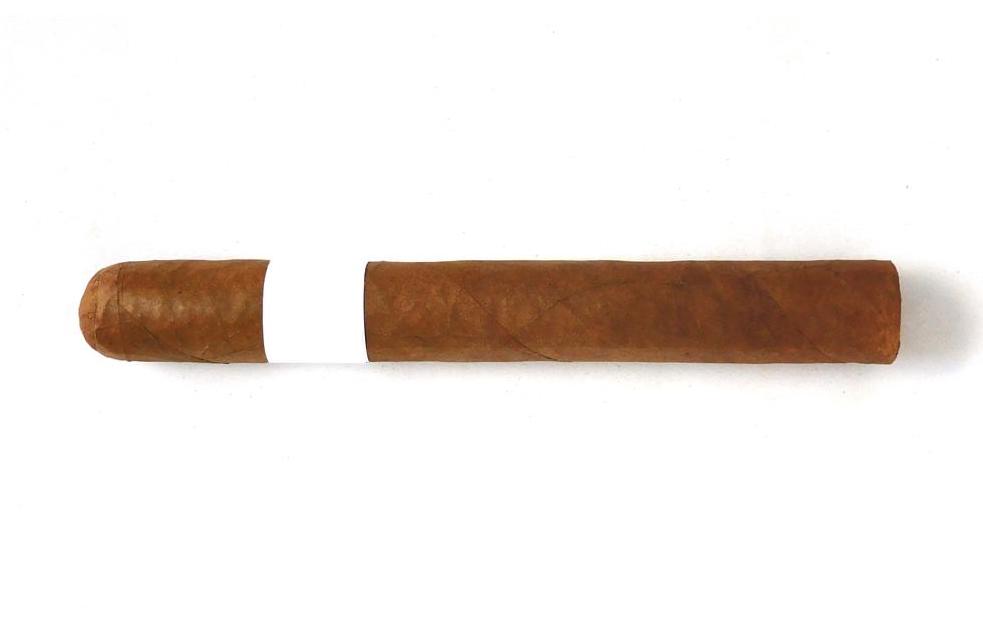 Without further ado, let’s break down the Protocol Jane Doe Serires 2.0 and see what this cigar brings to the table:

As mentioned, the blend details have not been disclosed for the Protocol Jane Doe 2.0 Series. The cigar originates from Erik Espinosa’s La Zona factory in Estelí, Nicaragua.

Protocol Jane Doe 2.0 Series was released in one size – a 6 x 50 Toro. It was packaged in ten-count bundles. A total of 200 bundles were made available. 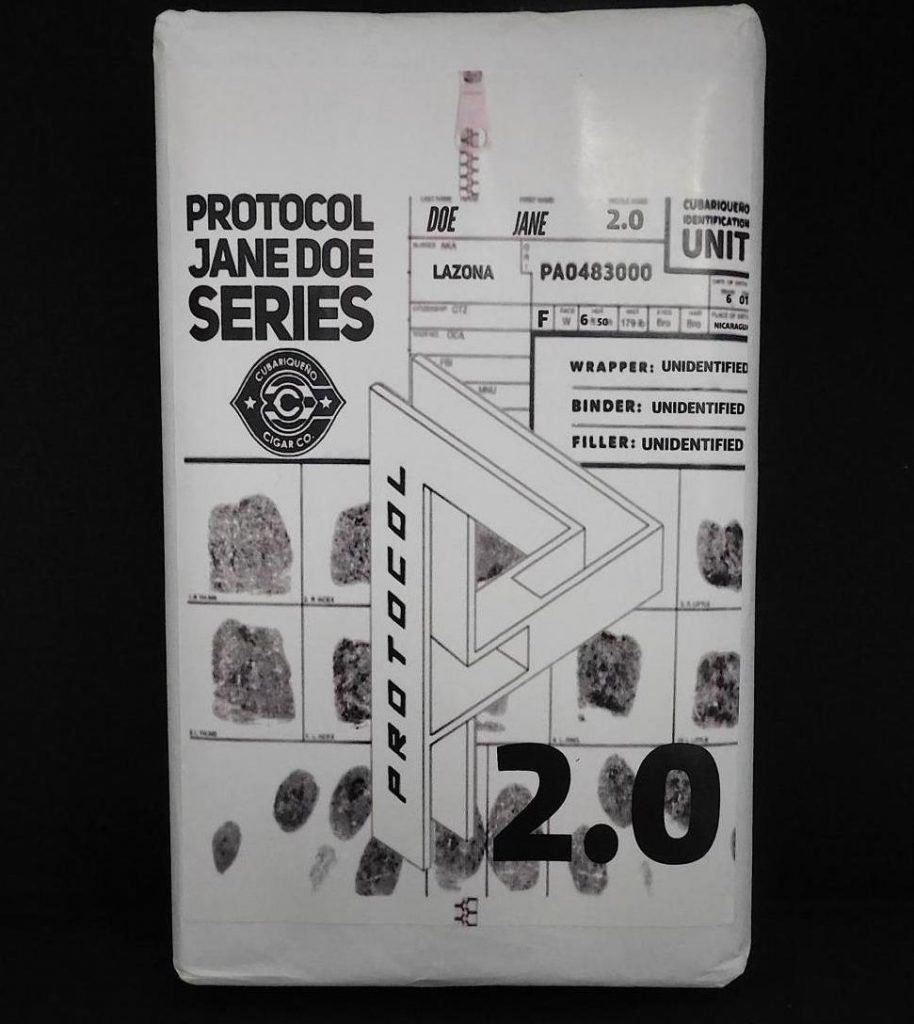 The wrapper of the Protocol Jane Doe 2.0 had a light to medium brown color with a rosado tint to it. This wrapper had a silky complexion and there wasn’t much in the way of oil on the surface. There were some thin visible veins and thin visible wrapper seams. Overall this was a wrapper that was on the smoother side.

The band on the Protocol Jane Doe 2.0 is a blank white paper band. This represents the “unidentified” person of Jane Doe.

A straight cut was used to remove the cap of the Protocol Jane Doe Series 2.0. Once the cap was successfully removed, it was on to the pre-light draw experience. The dry delivered a mix of cream, mixed fruit, earth, and red pepper. Overall, this was a satisfactory pre-light draw. At this point it was time to light up the Protocol Jane Doe Series 2.0 and see what the smoking phase would have in store.

The Protocol Jane Doe Series 2.0 started out with a mix of fruit, natural tobacco, cream, earth, and a mix of green and red pepper. Early on the fruit and earth notes took over as the primary flavors. The pepper, natural tobacco, and cream notes settled in the background. On the retro-hale there was an additional layer of the green and red pepper combination along with a touch of the fruit notes.

As the Protocol Jane Doe 2.0 entered the second third, the earth notes took over as the primary note. The fruit notes diminished and there was a gradual increase in the natural tobacco notes. By this point of the smoking experience, the creaminess early on dissipated. The pepper combination remained constant as one of the more prominent secondary notes. Toward the end of the second third, the natural tobacco notes joined the earth notes in the forefront.

The last third didn’t see much in the way of change in the flavor profile. The natural tobacco and earth notes remained primary with the fruit and pepper notes secondary. This is the way the cigar experience of the Protocol Jane 2.0 Series came to a close. The resulting nub was soft to the touch and lukewarm in temperature.

Overall the burn maintained a relatively straight burn. There was a slight amount of jaggedness on the burn line that required an occasional touch-up. The resulting ash was silver gray. While there was a small amount of flaking, the ash was on the firm side. The burn rate was ideal. For most of the cigar experience, the burn temperature was ideal, but toward the final stages, it did get a little lukewarm. 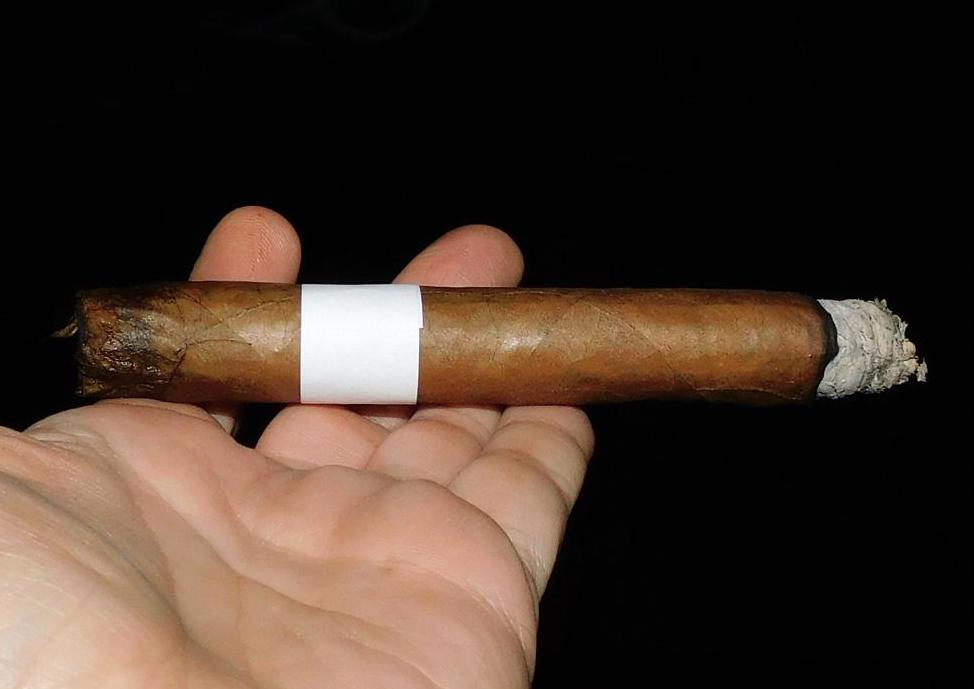 The draw of the Protocol Jane Doe 2.0 Series was on the open side, but not loose. Normally I prefer a little more resistance on the draw. I’ll infer this might have led to the temperature getting warmer than I prefer by the end of the cigar.

The Protocol Jane Doe 2.0 Series delivered a medium strength, medium to full-bodied smoke from start to finish. There was little variance in the intensity levels of both attributes.

When Protocol Cigars released the Protocol John Doe 2.0 Series, I found it to be the strongest cigar the company had released to date. The Jane Doe 2.0 Series is definitely dialed back compared to the John Doe 2.0 Series, but I would still categorize this as a cigar that brings a mix of boldness and spice to the equation. I definitely found the first half of this cigar to be more flavorful than the second. That being said, this is a good release by Protocol Cigars. As I’ve said many times, Protocol Cigars has built a very strong portfolio of core blends where there is something for everyone, and in my opinion the Protocol limiteds have more than matched up to what the core lines have delivered.

Jane Doe 2.0 is a cigar I would recommend to a seasoned cigar enthusiast. If a novice is looking for something a little bolder and little spicier, this is certainly an approachable cigar. It’s a cigar I would smoke again. In terms of the value rating, in most cases Smoke Inn is only selling these in the 10-pack bundles. In that case, this may be a cigar you want to try first before investing in the bundle.