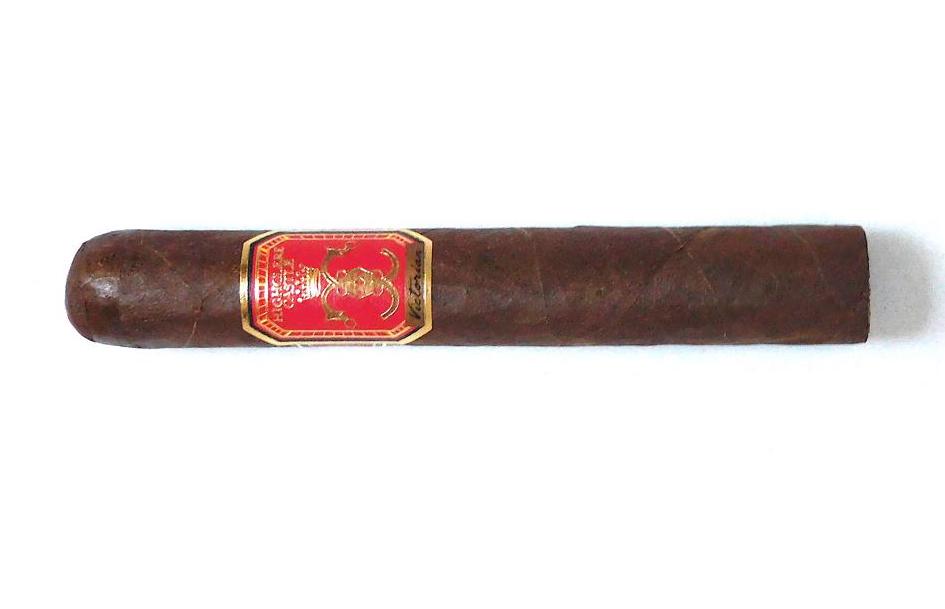 At the time the Highclere Castle Victorian was introduced, Earl Carnarvon, added “Highclere House was transformed into the inspirational Victorian Castle, much loved today, during a time of confidence and exploration in the world. Cigars were smoked at home by leading statesmen, such the Prime Minister Lord Salisbury, a close friend of my great, great grandfather. In fact, Queen Victoria’s, husband, Prince Albert, helped improve Anglo-French relations by smoking cigars with Napoleon III. Good food, good wine and the best cigars have been part of our weekends, entertaining friends and guests from around the world.”

In terms of the blend, Nicholas Melillo handles much of the heavy lifting with Earl Carnarvon playing a role in the process. Melillo’s Foundation Cigar Company also handles the distribution for the brand.

Without further ado, let’s break down the Highclere Castle Victorian and see what this cigar brings to the table.

The blend for the Highclere Castle Victorian is a multi-national one. In addition to a Habano wrapper grown in Ecuador, the blend features a Brazilian Mata Fina binder and all-Nicaraguan fillers. Production comes out of AJ Fernandez’s factory in Nicaragua.

The Highclere Castle Victorian is offered in five sizes. Each is presented in 20-count boxes.

The Ecuadorian Habano wrapper of the Highclere Castle Victorian Robusto had a medium-brown color with a slight rosado tint. There was a light coating of oil and a slight amount of mottling on the surface There were some prominent visible veins, but the wrapper seams were well-hidden.

The band of the Highclere Castle Victorian has a mostly red background. The front of the band has a slight octagonal field. On the center is the Highclere Castle logo (two interlocking C’s and a crown over it). Above the logo is the text “HIGHCLERE CASTLE” in gold font. The octagonal field is surrounded by both gold and black trim. This trim also adorns the edges of the band. On the lower part of the octagonal field on the gold trim is the text “VICTORIAN” in cursive black font on a gold background. The left and right side of the band have gold mosaic-like designs. The far right has the Foundation Cigar pyramid logo in gold font arranged in landscape mode. Just below the pyramid (in landscape mode) is the text “FOUNDATION CIGAR” in gold font.

A straight cut was used to remove the cap of the Highclere Castle Victorian Robusto. Once the cap was successfully removed, it was on to the pre-light draw. The cold delivered a (non-aggressive) natural tobacco sweetness, cedar, pepper, and earth. It was hard to pinpoint exactly what the natural tobacco sweetness was as it was definitely something I had not had before. I judged this to be a satisfactory pre-light draw. At this point, it was time to toast the foot of the Highclere Castle Victorian Robusto and see what the smoking phase would have in store.

The Highclere Castle Victorian Robusto started out with notes of sweet natural tobacco, earth, cedar, and red pepper. At this point the unorthodox sweetness was a little easier to define – it had a very subtle mint component. Like the sweetness on the natural tobacco, this was not an aggressive mint note. The natural tobacco (complete with the slight minuteness) moved to the forefront while the earth, cedar, and red pepper settled in the background. Meanwhile on the retro-hale, there was an additional layer of red pepper.

By the start of the second third of the Highclere Castle Victorian Robusto, the natural tobacco lost some of its sweetness, but the subtle mint component remained. The earth notes increased in intensity and by the midway point, the earth joined the natural tobacco in the last third. It was also around this time that the cedar and pepper started to increased in intensity.

As the cigar moved into the final third, the natural tobacco and earth combination remained in the forefront. The pepper now was closing in on these primary notes. There were also some cedar notes still in the background. As the Highclere Castle Victorian Robusto came to a close, the cigar had a cool and firm nub.

The Highclere Castle Victorian Robusto started out maintaining a straight burn path and had a straight burn line. As the cigar experience progressed, this cigar did require more in the way of touch-ups to keep the consistency of the burn path and burn line. The resulting ash was silvery gray. This wasn’t an overly firm ash, but it wasn’t loose nor flaky either. As for the burn rate and burn temperature, both were ideal. 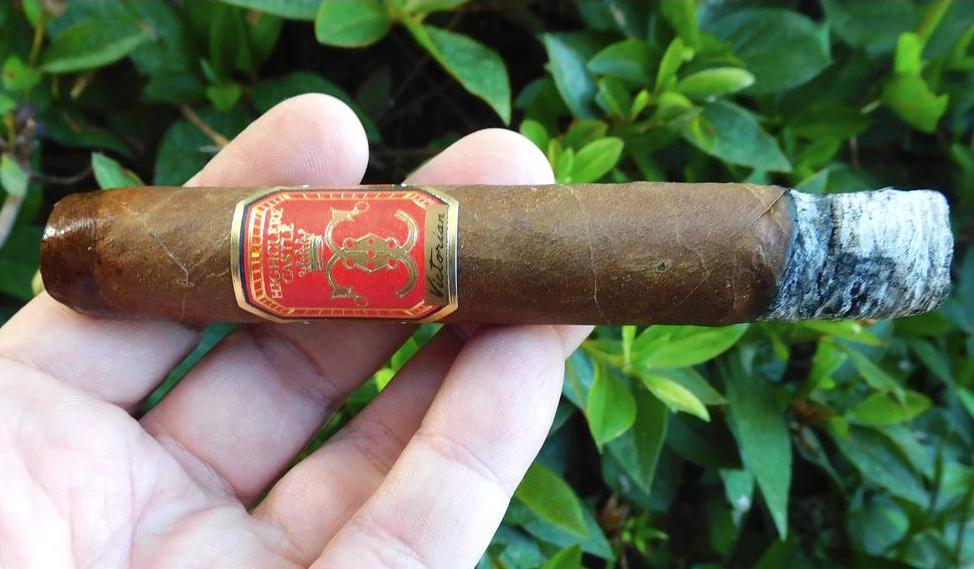 In terms of draw, the Highclere Castle Victorian Robusto had a touch of resistance. This is something I consider to be a positive with a cigar experience. At the same time, this was a low maintenance cigar to derive flavor from.

In terms of strength and body, both attributes balanced each other nicely – with neither attribute overshadowing the other.

In the past few years, there are times where I have been quite bored with Ecuadorian Habano releases. Many of them seem like cookie-cutter flavor profiles. When it comes to the Highclere Castle Victorian Robusto, this cigar certainly doesn’t fall into that trap. The minty component mentioned should not be construed as not being aggressive during this smoke, but it gives the natural tobacco flavors a uniqueness that I haven’t seen before. One other note, if you smoked the original Highclere Castle Cigar – this is completely different.

In the end, this is a cigar I’d still recommending trying a sample of. While I’m inclined to buy and smoke this cigar, at $14.00 it does carry a higher price tag – and in that case you may want to see if the flavor profile meshes up with your palate.