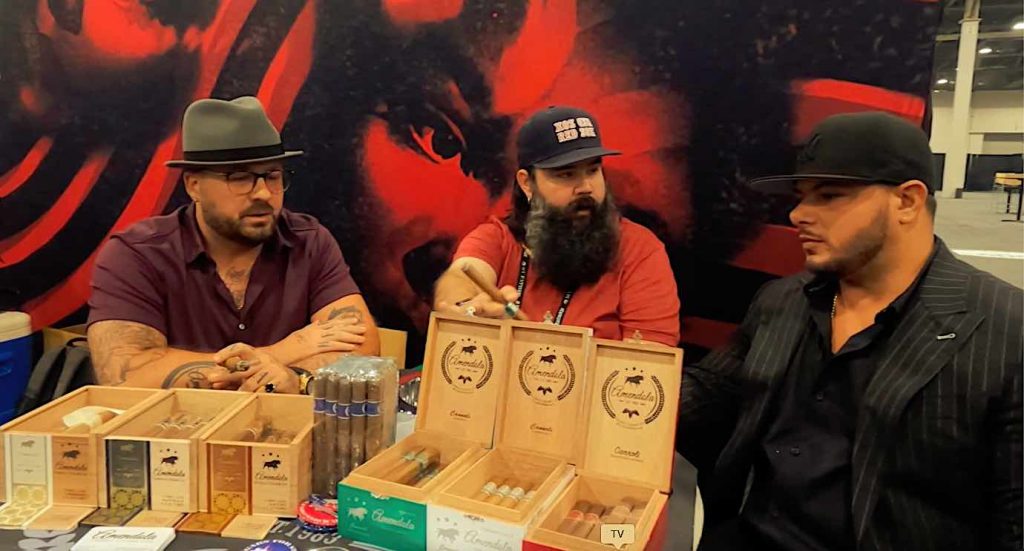 The 2021 Premium Cigar Association (PCA) Trade Show was the first for Amendola Family Cigar Company. Over the past couple of years, the company has really worked to take things to the next level. Most importantly, Amendola has secured some high quality factories to handle its production – most notably the TABSA factory for its core line and the La Zona/San Lotano factories for its limiteds. For this show, Amendola was a part of the Illusione booth and in a way it was a great opportunity to introduce many retailers to its portfolio.

One thing quite impressive about Amendola Family Cigar Company is they match the blend to the size. As a result, you will see a single vitola per blend across the whole portfolio. 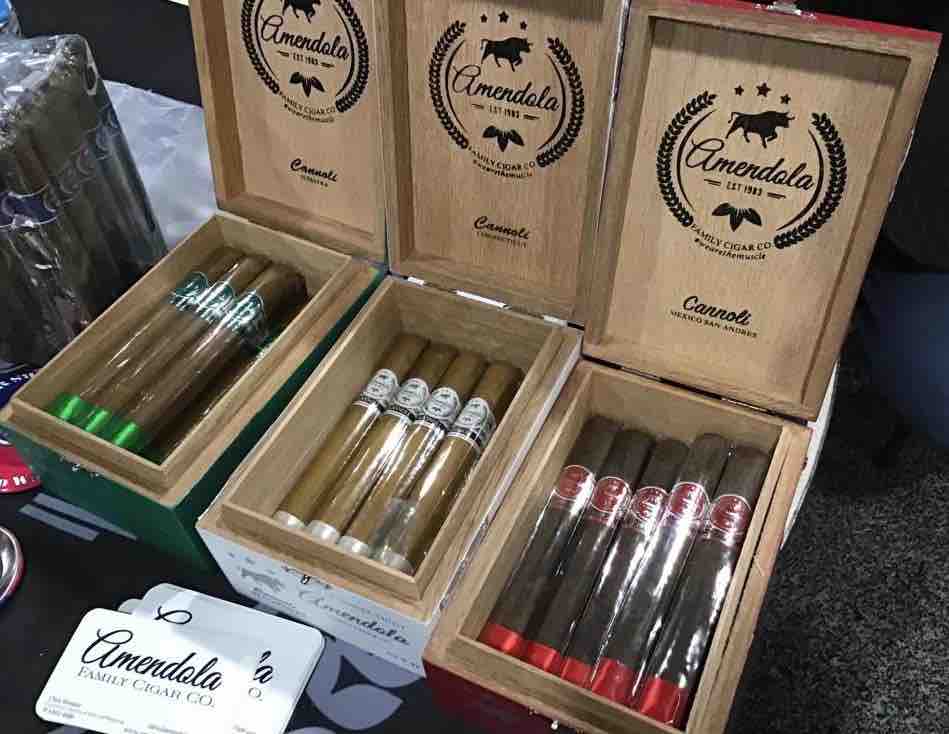 The company also was taking orders on a couple of additional limited editions – the Amendola Padrino and Amendola Speciale. These cigars were released in a small run a few months ago. Because of some of the tobaccos these blends use, Erik Espinosa recommended he work with AJ Fernandez at the San Lotano factory (where several Espinosa blends are produced). The Amendola Padrino is a 5 3/4 x 52 Belicoso that features a Connecticut Broadleaf wrapper. The Amendola Speciale is a blend that was recently reworked. Owners Jeffrey Amendola and Chris Monaco felt the blend could be better so they reworked the cigar into a 6 x 54 box-press highlighted by a Habano Oscuro wrapper.

If you are into dessert, Amendola has a sweet tipped cigar known as the Amendola Dessert. Some of the cigars were showcased at the booth. The company is not looking to venture into the flavored/infused market, but decided to have one offering. 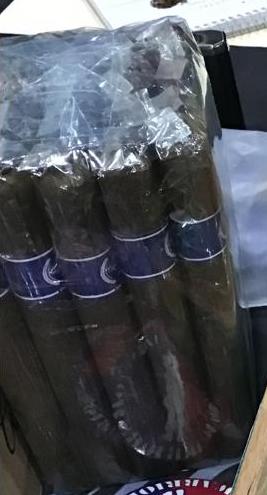 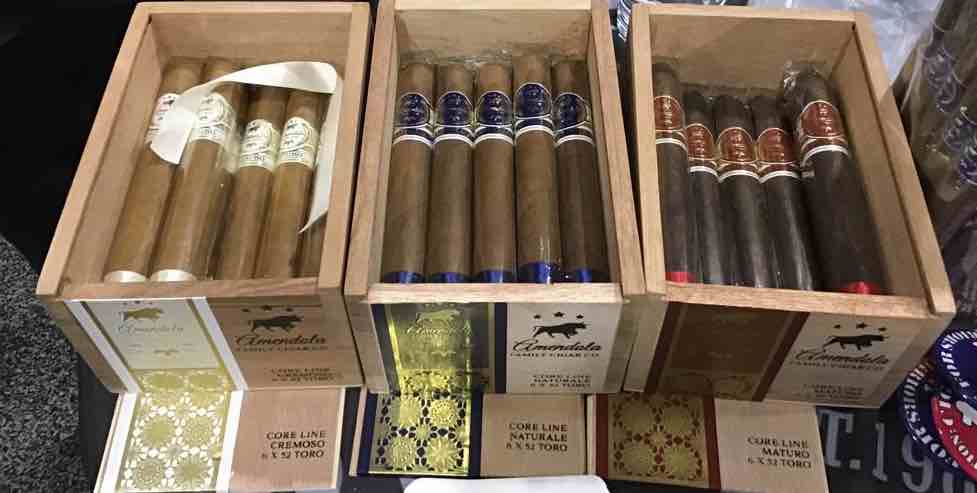