Agile Cigar Reviews are cigar assessments where we use a lightweight, shorter format. These will never take the place of our comprehensive reviews. They are only used on blends we have previously assessed. This might be a blend we are re-scoring or giving a score for the first time. It might be a blend we are looking at in a different size. Today we look at the RoMa Craft Tobac Neanderthal in the Gran Perfecto size. This is a cigar we previously assessed in the core line back in February 2017 in the SGP size. 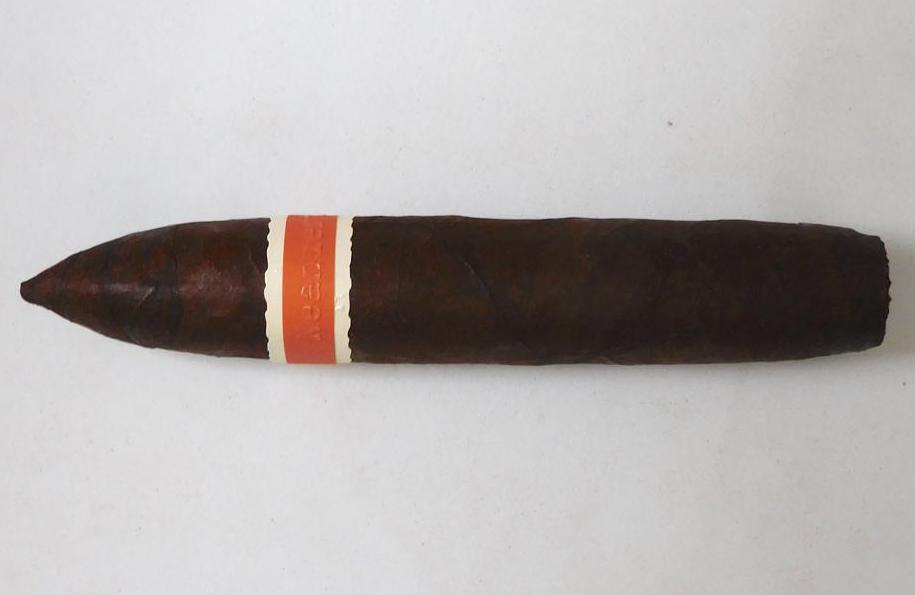 Neanderthal is considered to be the strongest of the group. The key to Neanderthal’s power is the incorporation of a Pennsylvania Double Ligero leaf in the filler known as Green River Valley Sucker One (GR-S1). This is a regrowth leaf from Pennsylvania broadleaf that has a naturally higher nicotine level (between 9% to 13% – significantly higher than the 5% – 6% found in Esteli Ligero). The remainder of the filler consists of Nicaraguan tobacco from Condega, Jalapa, Pueblo Nuevo, and Esteli) as well as Olor from the Dominican Republic. A U.S. Connecticut Broadleaf binder is also used and the cigar is finished with a San Andres Maduro wrapper.

The Neanderthal Gran Perfecto opened up with a strong blast of pepper. This gave way to notes of mocha, fruit sweetness, mixed pepper, and earth. The mocha notes are something that I consider to be a combination of chocolate and coffee. The mocha notes eventually became more coffee centric. The fruit, mixed pepper and earth receded to the background. There was a lot of sweetness on the Neanderthal Gran Perfecto. As the cigar experience progressed, the pepper notes increased in intensity. For the most part the coffee notes remained grounded in the forefront with the pepper, fruit and earth notes settled in the background. The pepper was the most prominent of these secondary notes.

Strengthwise, the Neanderthal Gran Perfecto came in at full strength from start to finish. The body was a little mellower than I expected, but still came in on the high side of medium to full. The strength had an advantage, but was not overwhelming.

As for the draw, it had a touch of resistance which is something I enjoy. The burn started out low maintenance but as the cigar experience progressed, there was a lot more in the way of touchups needed to keep the burn path and burn lines straight.

Neanderthal is now a cigar line that has been out for over six years and has to rank as one of the better powerhouse Iines in the premium cigar industry. To me, the original HN size is the one that all came together for me and remains the “Belle of the Ball.” There have been some other very good sizes, but the HN is the one that remains special. I’d put the Gran Perfecto size in that “other very good size” category, but still not the HN in my book. The good news is that the Gran Perfectos are now available outside the original El Catador de Los Perfectos size, so they will be a little more economical to pick up. This is a a blend for the experienced cigar enthusiast. I’d still recommend trying this size first – especially if the HN is sitting on a shelf near the Gran Perfecto.