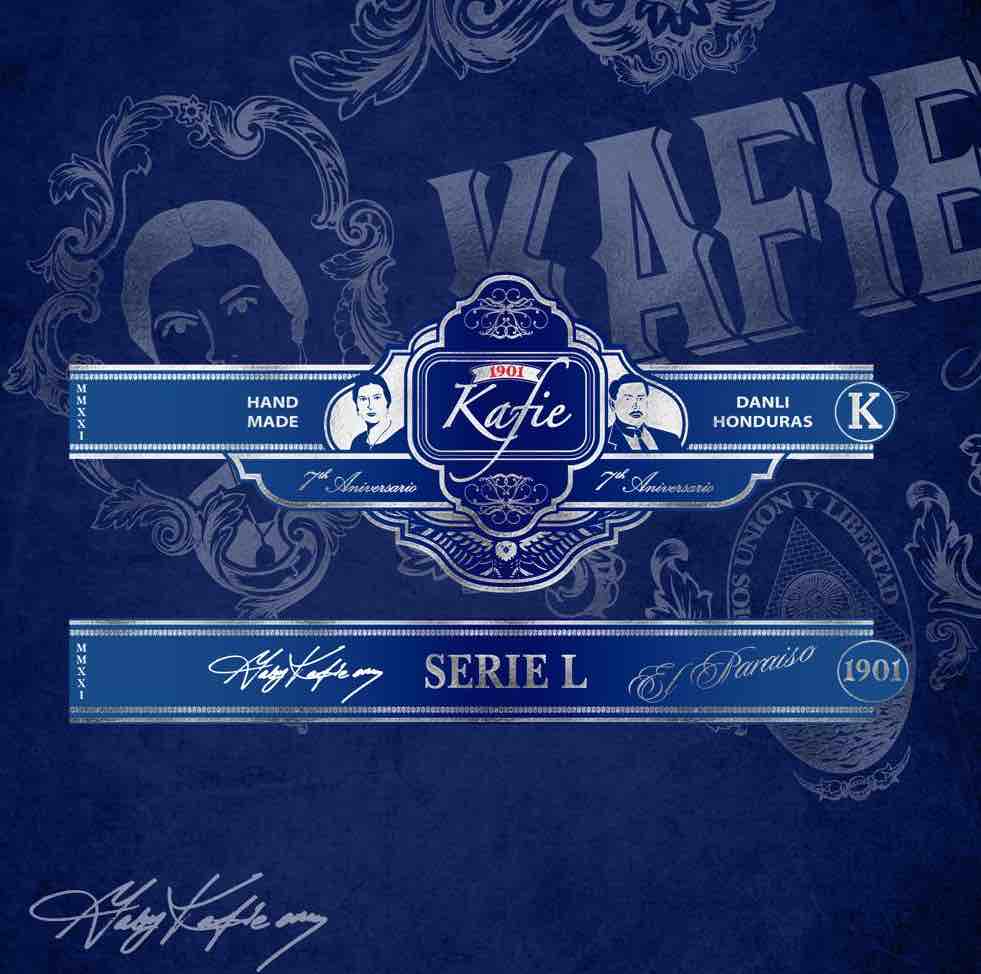 Kafie 1901 Cigars and its owner Dr. Gaby Kafie are celebrating a couple of milestones in 2021. First earlier this year, Dr. Kafie turned 50 years old, and second his company is now celebrating seven years in business. Later this year, the company will mark both occasions with the release of the Kafie Serie L. It’s the company’s first new regular production line to be added to the portfolio since 2016.

The Serie L cigar itself consists of an Ecuadorian Habano wrapper over Nicaraguan binder and filler.

The name Serie L is derived from the fact that “L” is the Roman numeral for 50. This is reflected on the banding as well as the fact that this is being made for the company’s seventh anniversary.