“The Diesel Whiskey Row is a very nice cigar line, but it is the Churchill-size that is perhaps the most overlooked.” 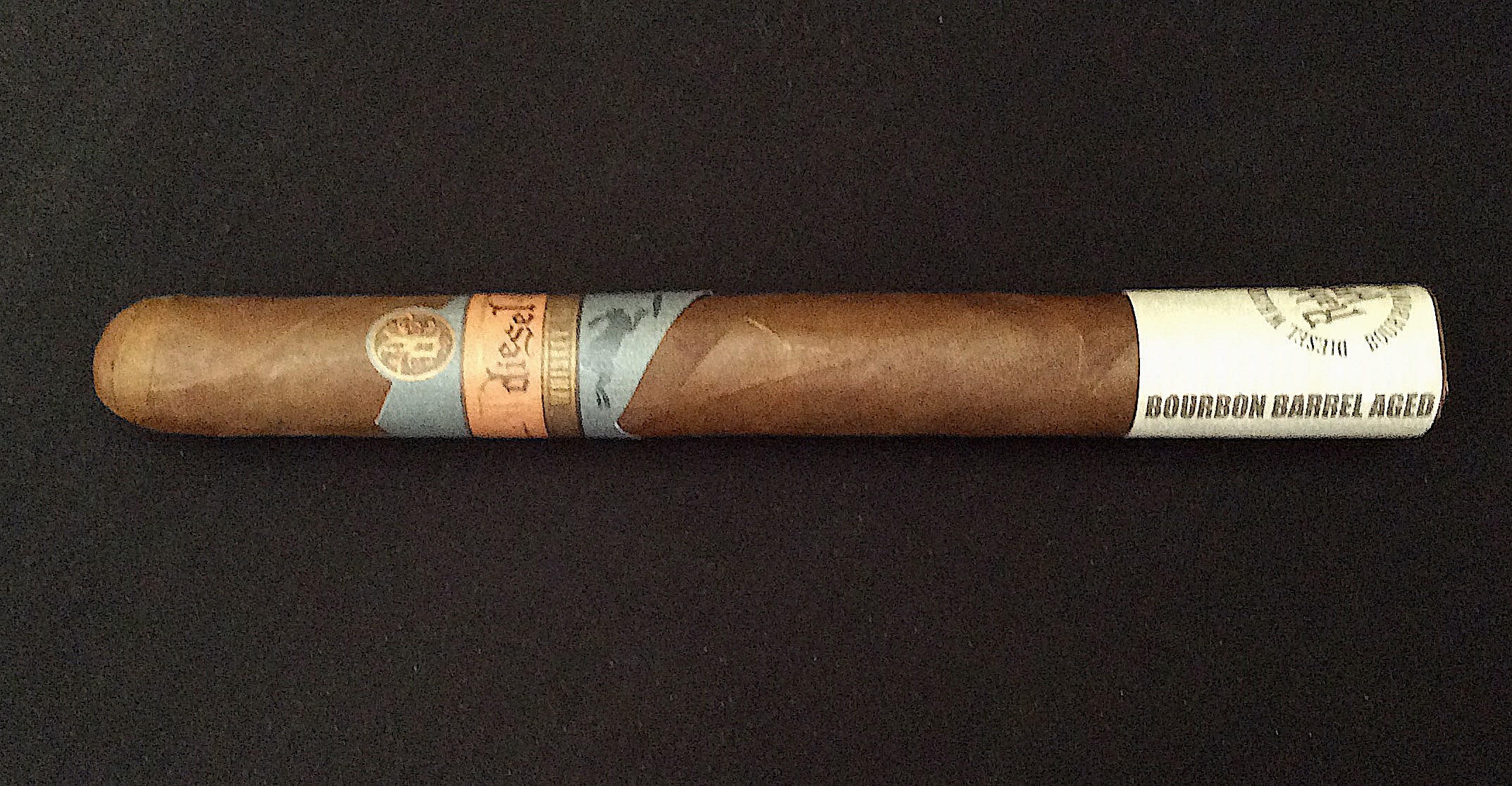 Rabbit Hole Distillery is a small company based out of Louisville, Kentucky that produces bourbon, rye, and gin products. The Diesel Whiskey Row features Mexican San Andres binder leaves that are aged in barrels originally used for Rabbit Hole Bourbon, utilizing a proprietary process that has been developed by Fernandez. The San Andres binder was combined with an Ecuadorian Habano wrapper and Nicaraguan tobaccos aged five to eight years. The Churchill size is 7 x 49 offering.

Flavorwise, the Diesel Whiskey Row Churchill delivered notes of oak, cream, sweet natural tobacco, char, and black pepper. The San Andres leaf aged in the bourbon barrels doesn’t create an infused flavor, but rather enhances the flavors. This is specifically seen through the oak, char and natural tobacco notes. The flavors delivered are medium to full-bodied countered by medium strength.