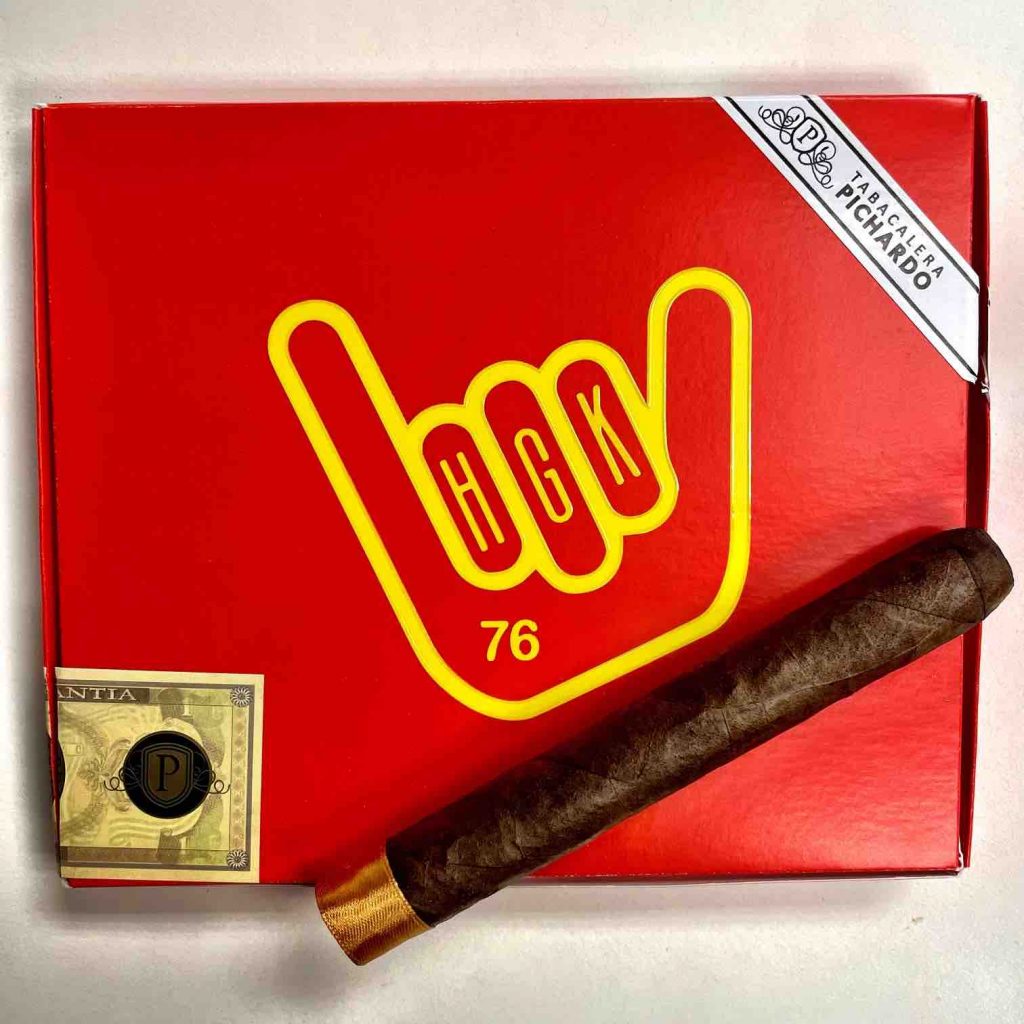 Crowned Heads has announced a new limited edition cigar for the Hawaiian market known as the HGK-76. It is a cigar that pays tribute to Hawaiian celebrity chef Grant Kawasaki. It will be sold through R. Field Wine Co. in Hawaii beginning on December 2.

Kawasaki passed away on July 25th at the age of 45 due to COVID-19. He hosted a popular cooking series known as “Hawaiian Grown Kitchen.”

The HGK-76 consists of a Connecticut Broadleaf wrapper, a Nicaraguan binder from the Jalapa region, and a combination of fillers from Nicaragua, Mexico, and Brazil. Production comes from Tabacalera Pichardo who makes the Mil Días, Juarez, and CHC Serie E lines for Crowned Heads. The cigar is available in one size – a 5 5/8 x 46 Corona Gorda, a size that was said to be have been a favorite of Kawasaki. The total production of the HGK-76 is 250 ten-count boxes.

“Grant was one of the first people to befriend me in Hawaii back in 2015,” said Crowned Heads co-founder, Jon Huber in a press release. “I first met him at a cigar gathering at The Row Bar in Honolulu, and he was so kind, gracious, and generous; he brought me my first taste of poke which he’d made himself. Grant was an integral part of our annual Paniolo events there, where he’d MC the event. He was so genuinely funny and jovial, and he’d always interject his trademark pidgin slang which would always have the guests laughing. He was truly loved by the Hawaiian cigar community and he will be sorely missed.”

Pricing is set at $11.50 per cigar. A portion of the proceeds will be used to support a culinary scholarship in Kawasaki’s name.

At a glance, here is a look at the Crowned Heads HGK-76: