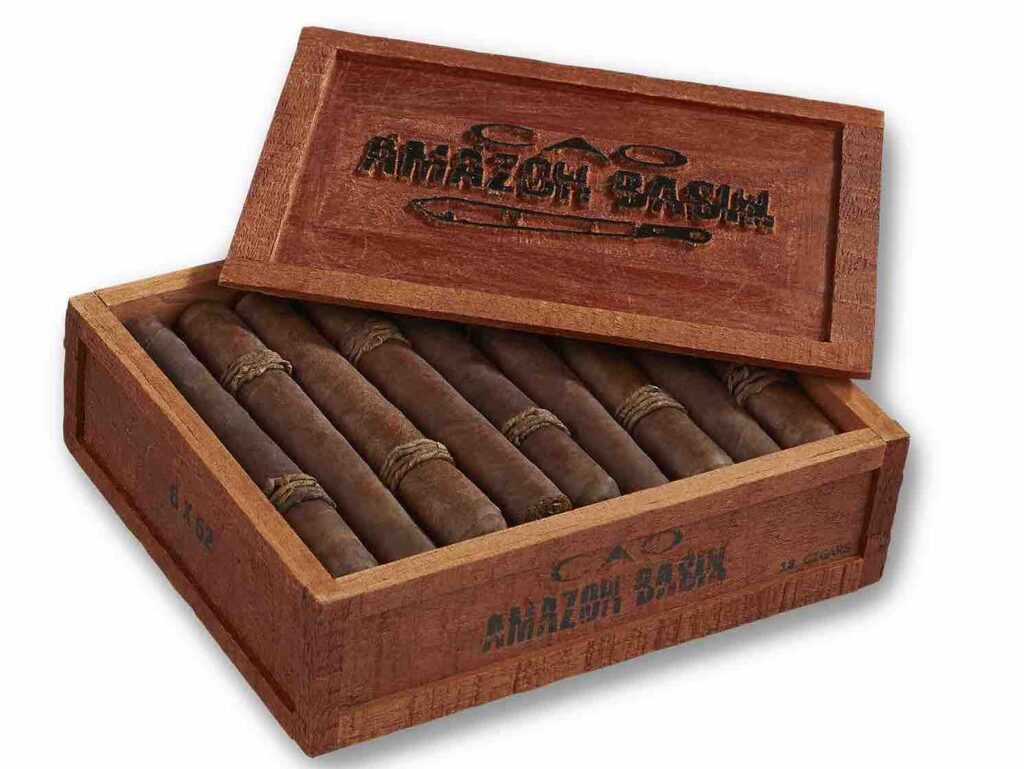 The Amazon Basin blend incorporates a rare/low yield of tobacco called Brazilian Braganca. Back when we initially reported on the CAO Amazon Basin, we recapped why the Braganca tobacco is rare tobacco:

In addition to Bragancia tobacco, the filler of the CAO Amazon Basin also contains Colombian and Dominican tobacco. The cigar also incorporates an Ecuadorian Sumatra wrapper and Nicaraguan binder. The cigar is made in one size – a 6 x 52 Toro, available in ten-count boxes.  A total of 6,000 boxes have been produced. Pricing is set at $12.99 per cigar.

In a press release, Rick Rodriguez of CAO Cigars commented, “When we launched Amazon Basin, we had a unique opportunity to use Amazonian tobacco before anyone else in the world had used it. At that time, we were able to create a smoking experience that was completely different from anything on the market. Eight years later, CAO Amazon Basin still stands apart as one of the most important blends we have ever developed. It gives us great pleasure to re-introduce this incredible blend and share the extraordinary smoking experience it delivers with our fans.”

In addition to Amazon Basin, there have been other past releases using the Braganca tobacco including Fuma Em Corda, Amazon Anaconda, and Orellana

At press time, numerous retailers have already reported the arrival of this cigar on shelves.