Agile Cigar Reviews are cigar assessments where we use a lightweight, shorter format. These will never take the place of our comprehensive reviews. They are only used on blends we have previously assessed. This might be a blend we are re-scoring or giving a score for the first time. It might be a blend we are looking at in a different size. Today we look at the CAO Amazon Anaconda. This is a cigar line we previously assessed back in October 2017. 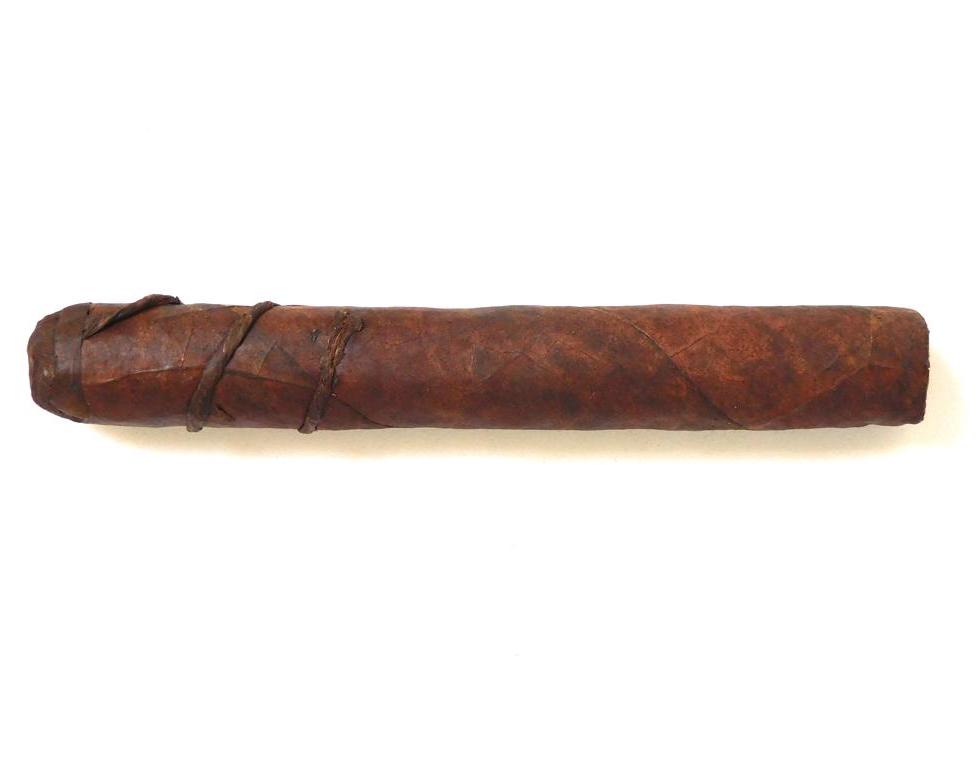 The CAO Amazon Anaconda is the third installment of CAO’s Amazon Trilogy Series. This is a series of limited edition cigars cigars that are highlighted by the incorporation of rare Brazilian tobaccos in the blend. The origins of the CAO Amazon Trilogy Series date back to 2014 with the release of the CAO Amazon Basin Cigar. The CAO Amazon Basin proved to be a huge success, but was limited because of the scarcity of the Brazilian tobaccos used. In 2016, CAO Amazon Basin would be re-released, and the following year two additional limited-edition releases; CAO Fuma En Corda and CAO Amazon Acaconda were introduced. A fourth installment designated as a “prequel” called CAO Orellana was just released this past fall. Today, we take a closer look at the CAO Amazon Anaconda. This is a cigar that has been aging in the Cigar Coop humidor for about 2 1/2 years.

The first three cigars of the CAO Amazon Trilogy are unique in that each blend builds on the rare tobaccos used in the previous blend. The original CAO Amazon Basin used a rare tobacco called Braganca. With the second installment, the Fuma Em Corda, it not only uses the the Braganca tobacco, but used a tobacco dubbed as Fuma Em Corda. The name Fuma Em Corda is Portuguese for “tobacco on a rope”. This is because the Fuma Em Corda uses an unorthodox technique of fermenting Brazilian Arapiraca tobacco in ropes. 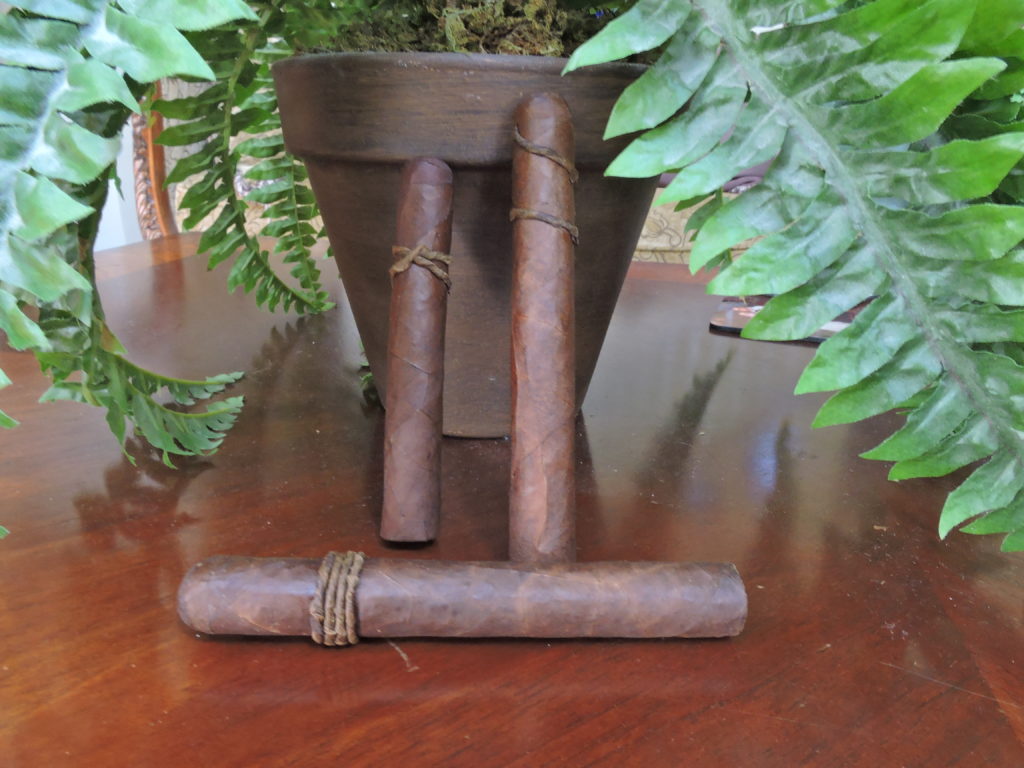 For the CAO Amazon Anaconda, it uses both the Braganca and Fuma en Corda tobaccos as a part of the filler. This blend also adds a third rare low yield Brazilian tobacco known as Bahiano Habano. As the name indicates, the Bahiano Habano comes from the Bahia region of Brazil. What is different compared to the other installments of the Amazon Trilogy is that the Amazon Anaconda uses the Bahiano tobacco for the wrapper – making it the only installment of the Amazon Trilogy to have a Brazilian wrapper. The Bahiano Habano wrapper is combined with a Nicaraguan binder, along with the Braganca, Fuma Em Corda, Nicaraguan and Colombian fillers to make up the Anaconda blend. The cigar comes in one size – a 6 x 52 Toro. 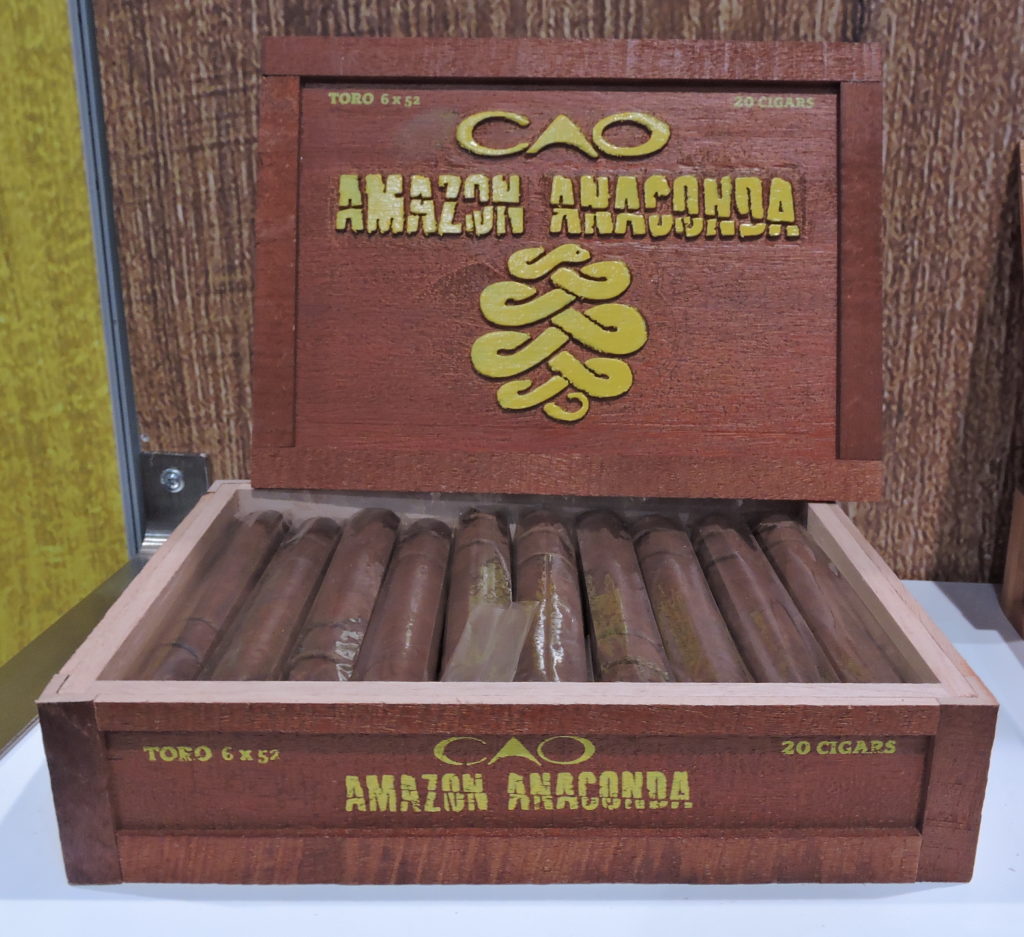 Like all of the cigars in the Amazon series, the CAO Amazon Anaconda uses a cigar stem twisted around the cigar in place of a cigar band.

One note on the stem as a band. In the past on every Amazon Trilogy cigar I’ve smoked, the stem was difficult to remove. For this series of assessments, I was able to easily remove the stem. There is no benefit to smoking through the stem because it imparted more bitterness.

The CAO Amazon Anaconda was the most disappointing in the Amazon Trilogy Series when I first smoked it back in 2017, and while I had high hopes this cigar would have improved with time, this was not the case. The cigar started out promising with a unique brown sugar note, but progressed into a cigar that was more on the unbalanced side. While these are now hard to find, I’d recommend trying one first before deciding to purchase.