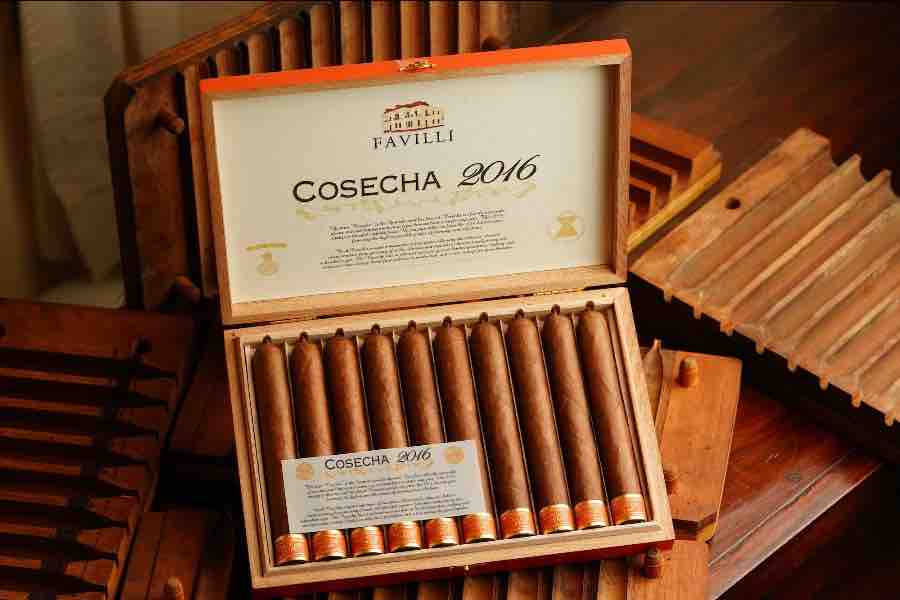 Favilli Cigars SA has announced its fifth installment of its Cosecha Series, the Favilli Cosecha 2016.

The name “cosecha” is Spanish for “harvest.” It’s a concept that is analogous to harvesting premium grapes from a particular crop in the wine world. Cosecha 2016 features the best tobaccos harvested from the year 2016. Normally Cosecha releases have been aged for five years, but Favilli Cigars says these cigars have an extra year of age on them.

The Favilli Cosecha 2016 comes in one size – a 6 x 52 Toro. All of the tobaccos used are Nicaraguan. The cigars are presented in ten-count boxes with pricing set at $20.00 MSRP per cigar. Production comes from the Casa Favilli factory in Grenada, Nicaragua.