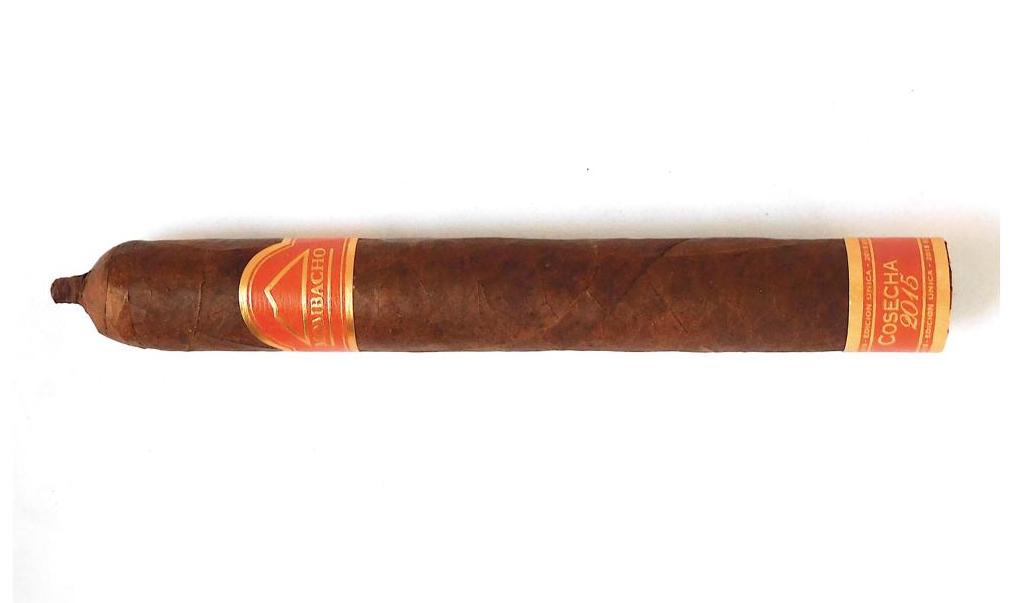 The Cosecha Series has been described by Sgroi as a “true vintage” series. It’s a project that was several years in the making for each release. First Sgroi and his team worked to select the best tobaccos they could find for a particular vintage year. The tobaccos were set aside and the following year were rolled. Once rolled, the cigars were stored at the company’s Casa Favilli factory in Grenada, Nicaragua for additional long-term aging.

For completeness, here is a list of the Mombacho Cosecha releases. Mombacho Cigars had said there are no plans for a Cosecha 2016 release.

Without further ado, let’s break down the Mombacho Cosecha 2015 and see what this cigar brings to the table.

Other than the fact that the Mombacho Cosecha 2015 uses 100% Nicaraguan tobaccos from a 2015 crop, the specific leaf components have not been disclosed.  As mentioned above, the cigars were rolled in 2017 and have been aging since then. 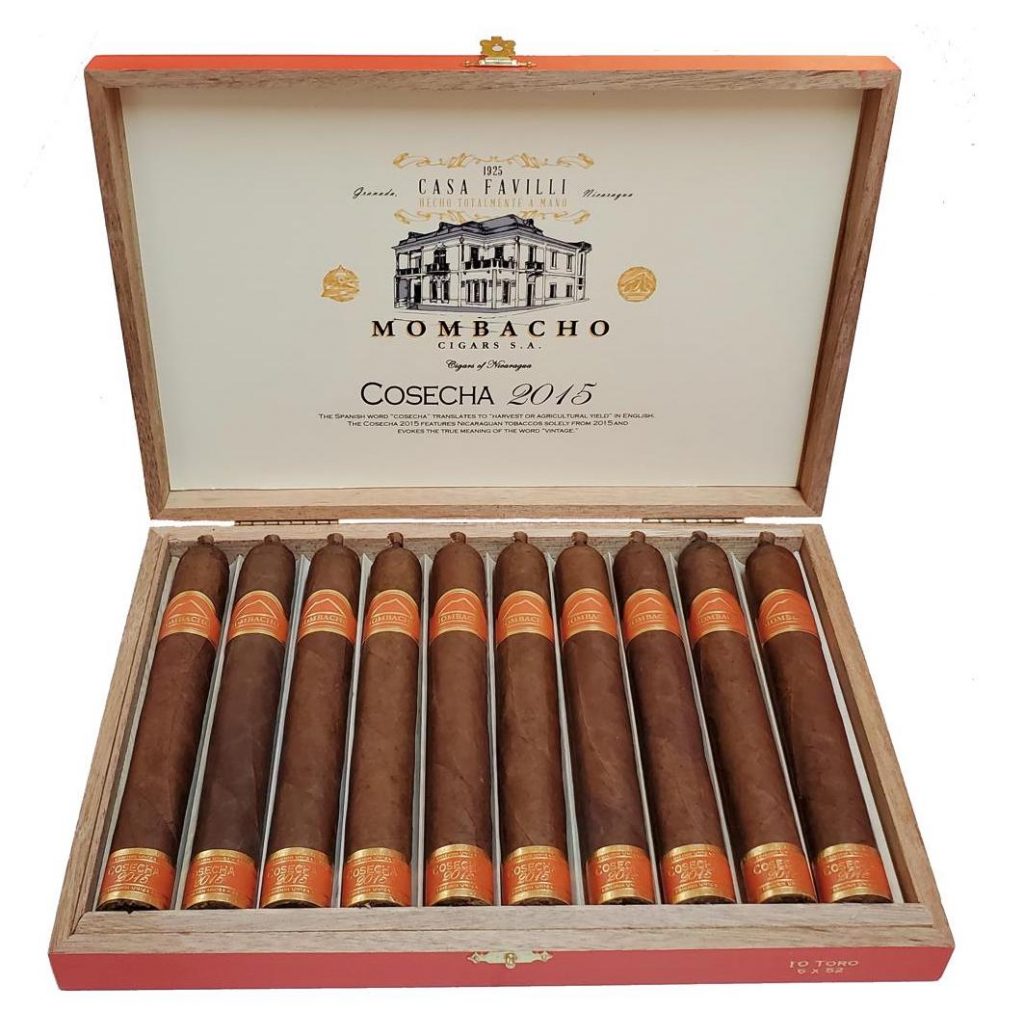 The Mombacho Cosecha 2015 uses banding consistent with the other installments of the series The primary band has an orange background with gold trim and gold font. On the front of the band, it features the company’s triangular volcano logo. Just below it is the text MOMBACHO. On the left side of the band is the text “Grenada Nicaragua” in cursive font while on the right side is the text “Casa Favilli” – also in cursive font.

The secondary band is also orange with gold trim and gold font. It features the text “COSECHA 2014” on the center of the band. On the left side of the band is the text “TOTALAMENTE A MANO” while on the right side is the text “PURO NICARAGUA.” There are also some gold adornments to the left and right. In a ticker tape pattern toward the top and bottom is the text “2015 EDICÍON UNICA” – also in gold font.

As opposed to pulling the pig-tail off the cap of the Mombacho Cosecha 2015, a straight cut was used to remove the cap and the pig-tail simultaneously. After the cap was removed, it was on to the pre-light draw phase. The cold draw delivered notes of cedar, leather, natural tobacco, and some citrus. Overall this was a satisfactory pre-light draw. At this point, it was time to remove the footer band of the Mombacho Cosecha 2015, toast up the footer and move on to the smoking phase.

The last third saw the natural tobacco remain grounded in the forefront with the pepper and baker’s spice a close secondary note. Things were rounded out by the earth and orange rind notes. This is the way the Mombacho Cosecha 2015 came to a close. The resulting nub was slightly soft to the touch and cool in temperature.

Overall the burn of the Mombacho Cosecha 2015 performed very well. This is a burn that maintained a straight burn path and a straight burn line. The resulting ash had a tight, firm ash that was nearly white in color. The burn rate and burn temperature were both ideal. 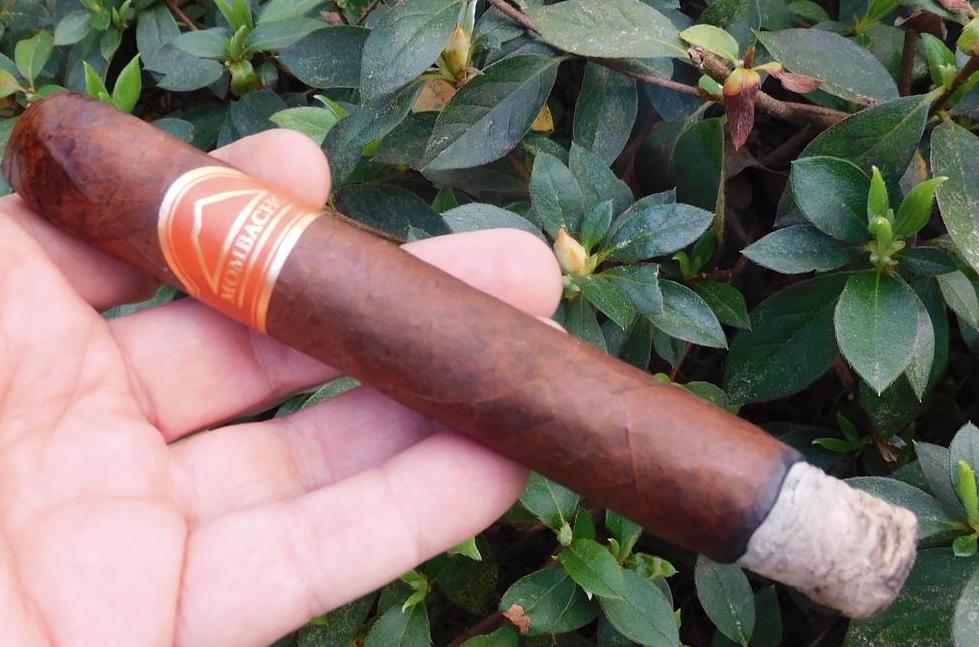 Burn of the Mombacho Cosecha 2015

The draw to the Mombacho Cosecha 2015 also performed quite well. This is a cigar that had a slight resistance on the draw – which is something that I like. At the same time, this was a low maintenance cigar to derive flavor from.

The Mombacho Cosecha 2015 delivered a medium strength, medium-bodied smoking experience from start to finish. There wasn’t much in the way of variance on the intensity levels of both attributes. In terms of strength versus body, both attributes balanced each other nicely with neither attribute overshadowing the other.

Personally, I love cigar lines that release annually. In the case of Mombacho’s Cosecha series, it has been particularly fun to see what the result from a particular tobacco vintage will be. When the Mombacho Coseca debuted in 2017 with the Mombacho Cosecha 2012, it was a cigar that landed on the 2017 Countdown. However, each of the subsequent releases seemed to be a small step down from the year before. With the Mombacho Cosecha 2015, it is still a good cigar, but it lacks the wow factor of the original Cosecha 2012 release. At the same time, the Cosecha 2015 is priced significantly higher at $29.95. I didn’t find this cigar performed at the high levels seen by its predecessors, and I didn’t find it delivered what a $30.00 cigar should. It’s still a good cigar, just not $29.95 good. While it’s a limited cigar to get, I’d still see if you could try a sample before committing to it.