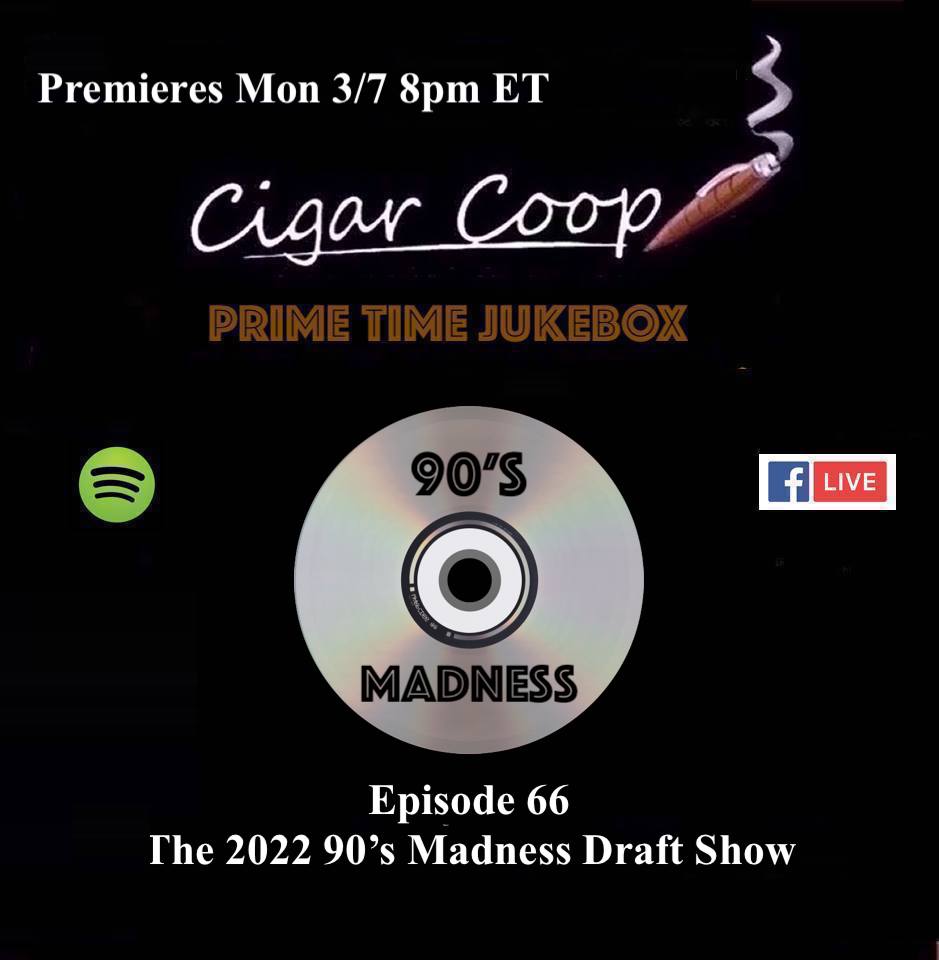 This year the Battle of the Bands Competition has turned into 90’s Madness!

While last year we selected artists, this year we have decided to focus on albums – specifically from the decade of the 1990s. To add to the fun, Hector Alfonso of Espinosa Cigars and John McTavish of Developing Palates are participating.

The concept works as follows: Dave, Coop, Hector, and John will each pick eight albums. The selections will occur via a “Draft.” Once the albums are selected, each participant will seed them, place them into brackets and you will decide who should move on. We will go through each round on Twitter, until there is a winner from each of the four brackets. From that point, the four bracket winners will square off in a final four.

The tournament commences March 15th with two matchups a day to vote on. Each vote will be eligible to compete to win one of three special prizes.

Tune in to the premiere on the Cigar Coop Facebook Live page on Monday 3/7 at 8pm EST.

Prime Time Jukebox – the podcast that pairs music with cigars. You can catch us on Google Play Music, Apple Podcasts, Podbean, and YouTube.