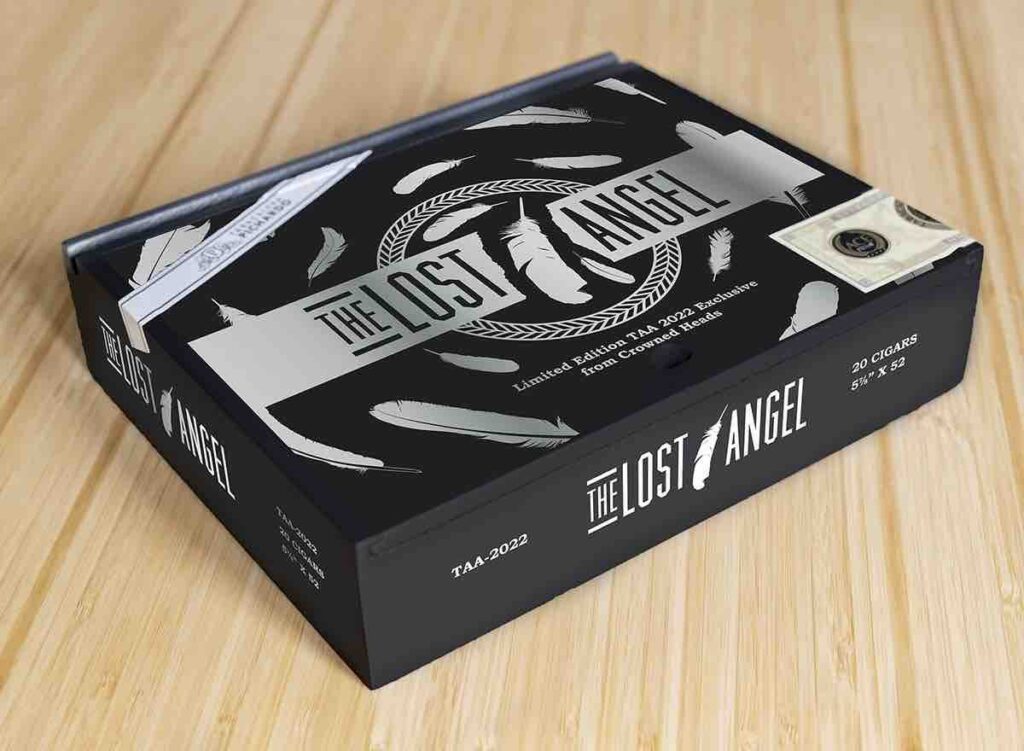 The Lost Angel 2022 is described as a prequel to the previous Crowned Heads TAA releases from 2014 to 2019 that were dubbed The Angel’s Anvil. Crowned Heads describes it as follows:

For the second year, The Lost Angel continues the prequel story of ‘The Angel’s Anvil” that ran from 2014 to 2019, and explores the darker side of the original story’s protagonist. The original story parallels Crowned Head’s co-founder Jon Huber’s career in the cigar industry. The underlying moral of the story is one of rising from the ashes, and is a reminder that the smallest of seeds needs to first be submerged in dirt, covered in darkness, and it is only then when the seed will struggle to reach the light.

“For the second consecutive year, we’ve taken our TAA Exclusive to our Tabacalera Pichardo family for production,” commented Jon Huber, co-founder of Crowned Heads in a press release. “The 2021 Lost Angel was arguably one of our most highly-regarded TAA releases to date, and I strongly believe that the 2022 version will continue on that path. We’ve selected an all-new blend for the series and I think it checks all the boxes for intensity, structure, flavor, complexity, and balance.” 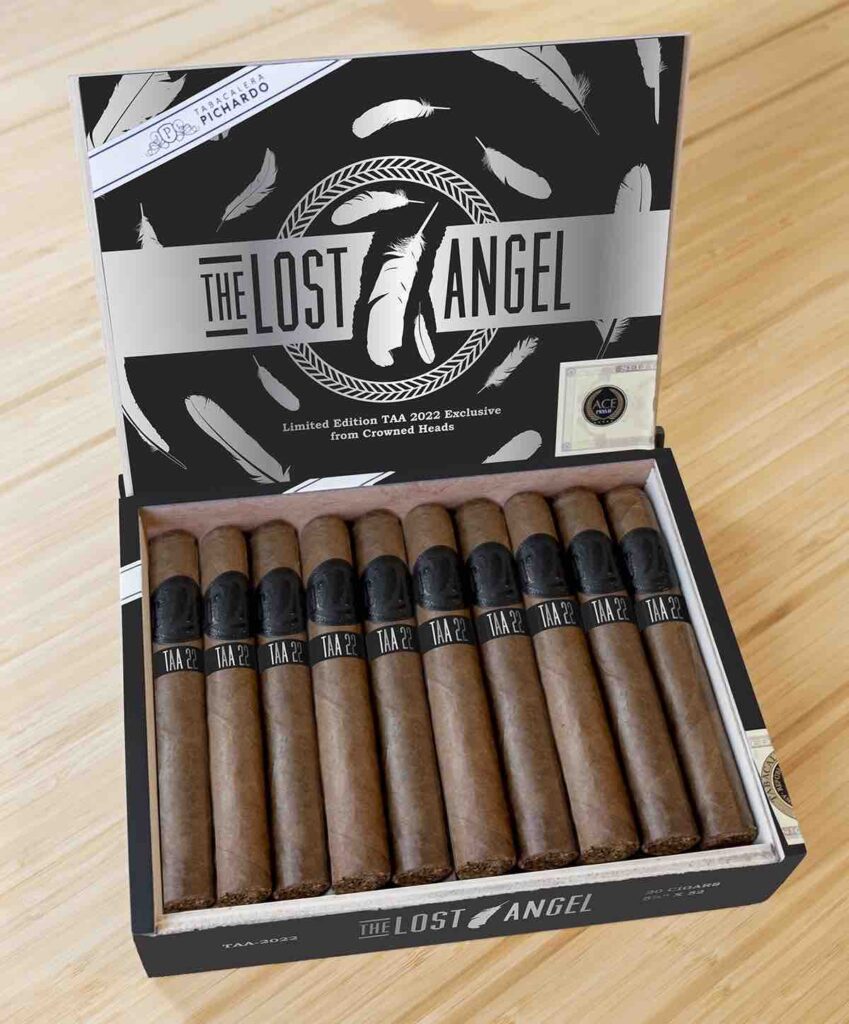 Produced from Tabacalera Pichardo in Estelí, Nicaragua.  The Lost Angel 2022 features an Ecuadorian Habano wrapper over a Mexican San Andres binder, and fillers from Nicaragua (2 regions) and the Dominican Republic. The cigar will be available in one size – a 5 3/4 x 52 parent. A total of 1,000 20-count boxes will be produced. Pricing is set at $12.75 per cigar.