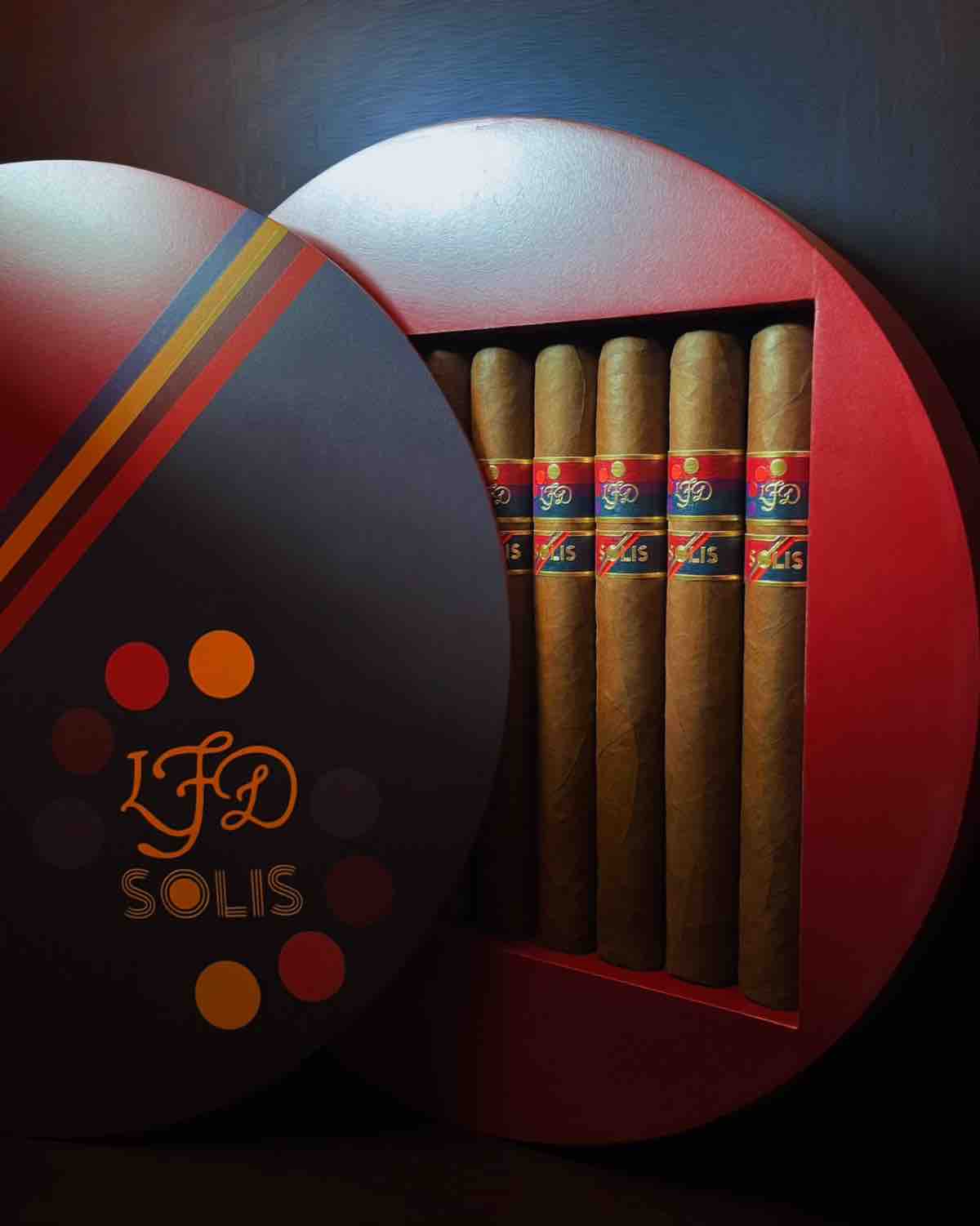 Solis is dervived from the Latin word “sol” meaning sun. The project was conceived slowly over the last few years during Litto Jr’s brake from college when he spent time with his father and brother at Tabacalera La Flor in Tamboril.

“I was inspired by my big brother’s project La Nox and I wanted to create something that contrasted it. We have pretty different personalities and I thought that the sun and moon were a perfect metaphor to describe us.”

Once the concept was created, Litto Sr. guided his son through the blending process while Tony worked on the art to bring his brother’s vision to reality.

As for the blend it consists of a sun grown Habano wrapper, Sumatra binder, and Dominican tobaccos from La Flor Dominicana’s La Canela farm. The cigar is a 50 x 6 1/12 Toro Extra. It will be available in 20-count boxes with pricing set at $13.20 MSRP. La Flor Dominicana has described this as an on-going limited production.

The cigar is expected to be showcased at the 2022 PCA Trade Show scheduled to open July 9th in Las Vegas, Nevada.