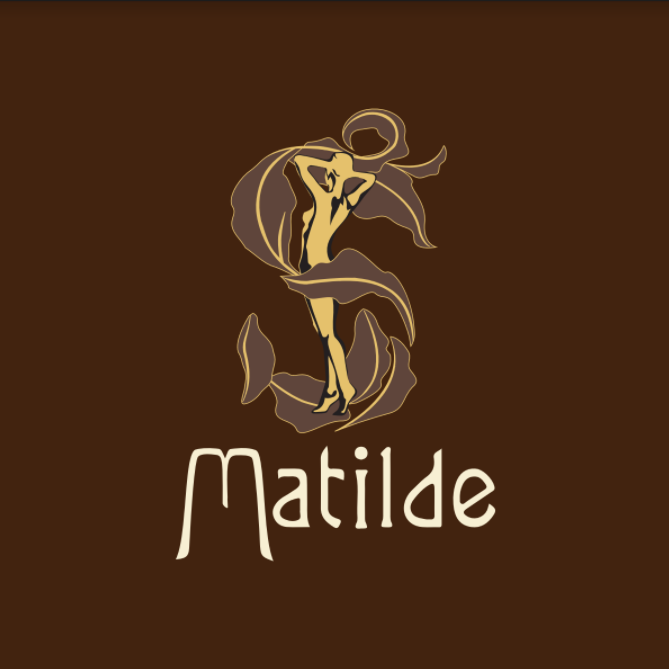 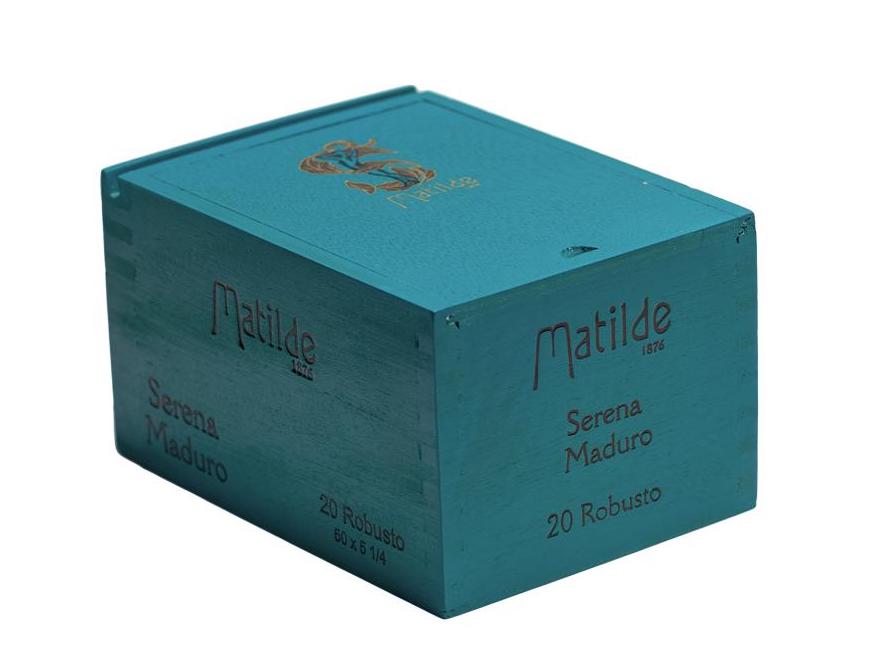 Produced at Tabacalera Palma, the blend features the same fillers as found on the original Serena (which is Matilde’s Connecticut Shade offering), but changes up the binder to a Dominican C98, and incorporates a San Andres Mexican wrapper. The cigar will be initially offered in two sizes: Robusto (50 x 5 1/4) and Toro Bravo (54 x 6 1/2). Both sizes will be packaged in 20-count boxes. The company says further cigars will be added in the future.

The cigars will feature teal-blue packaging and banding of the original Matilde Serena. 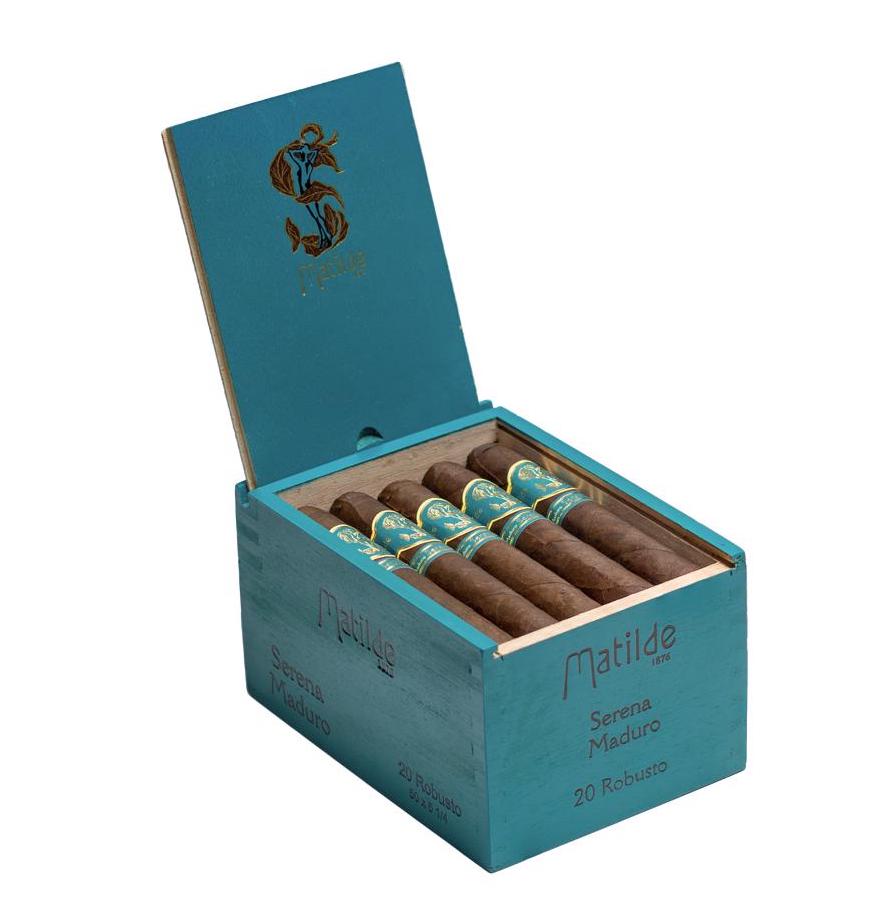 The Matilde Serena Maduro is expected to ship to retailers early in 2022.