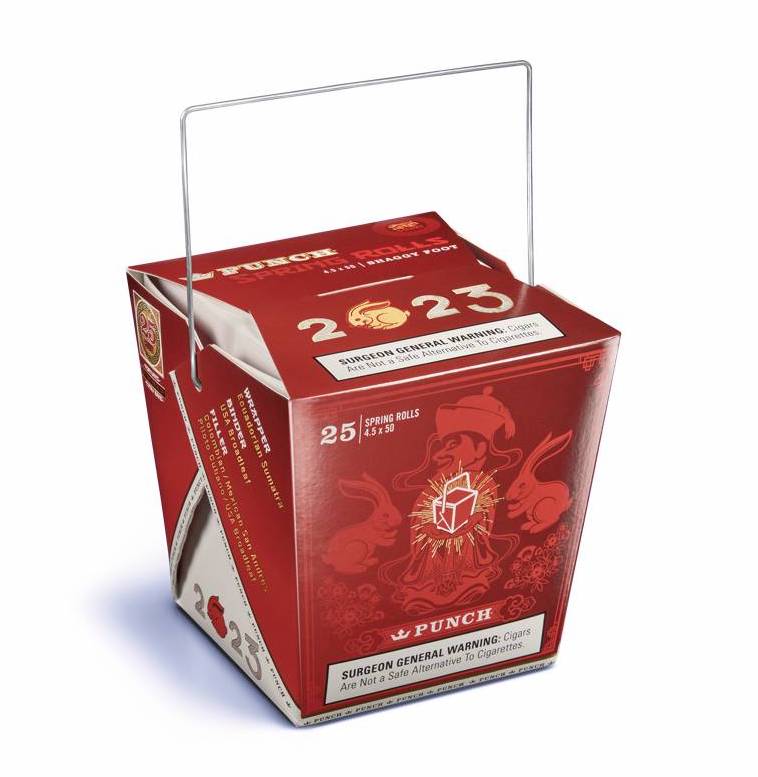 “Punch Spring Roll is like a three-course meal: It delivers a great smoking experience in a size that really brings the blend to life, and it comes at a price point that hits the post-holiday sweet spot for cigar lovers. Paying homage to the original, Spring Roll is the yin to Egg Roll’s yang. Since the Year of the Rabbit is said to bring good fortune, we invite Punch fans to kick back and let the good times Spring Roll,” commented Punch brand manager John Hakim in a press release.

Distributed by General Cigar Company, the cigars are scheduled to ship on February 1st.  Pricing is set at $5.99 MSRP for a single cigar.

At a glance, here is a look at the Punch Spring Roll: