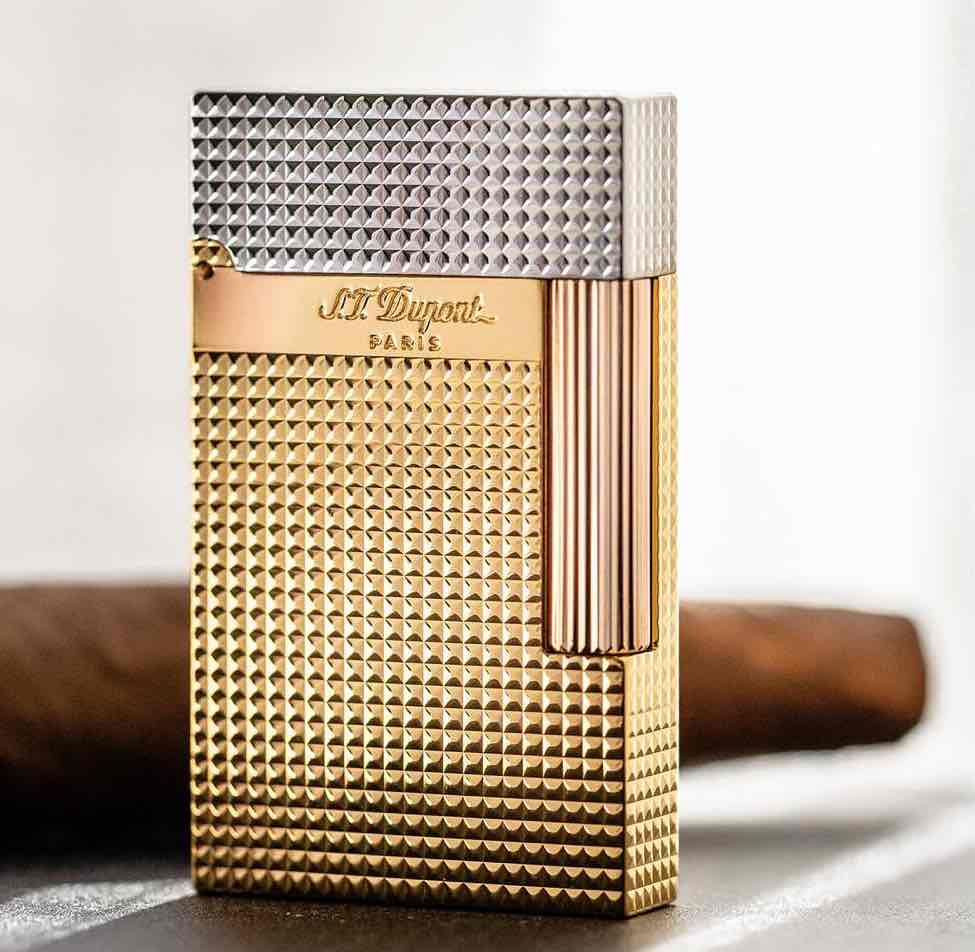 S.T. Dupont has released a new Ligne 2 lighter known as the Golden Hour. It’s a lighter that celebrates the brand’s 150th anniversary.

The lighter features a ‘Diamondhead’ finish which is a series of engraved pyramids throughout the body of the lighter. The finish is engraved using a process that is called “engine tuning” process that engraves a very precise and intricate geometric pattern on the lighter. The pyramids pay homage to the famed Louvre museum in Paris, France. Made of solid brass, the finish features a tri-gold design (Palladium, Rose Gold and Yellow Gold) which symbolizes love, friendship, and loyalty. The front face of the lighter is adorned with the S.T. Dupont logo and the reverse is engraved with “150th” to commemorate the brand’s 150th anniversary.

The lighter has signature S.T. Dupont “ping” sound and has an adjustable double flame.