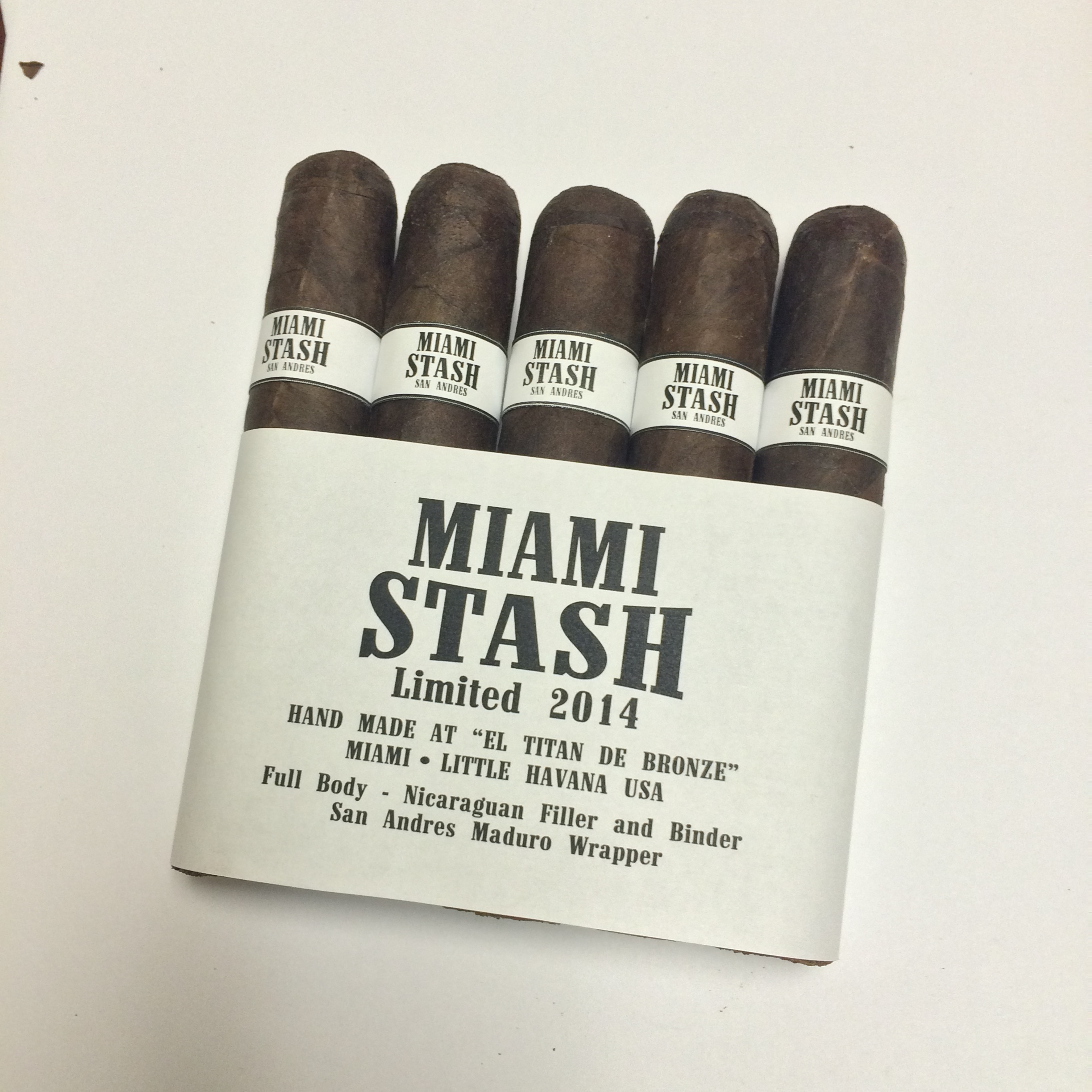 Fresh off a successful launch of their first collaboration Larceny, Eddie Ortega of Ortega Cigars and Sean Williams of El Primer Mundo are teaming up for another project.  The duo has plans to release “Miami Stash”, a cigar that originates from the El Titan de Bronze in Little Havana in Miami Florida.  Miami Stash will be a limited release. Plans are for the cigar to launch at an event at The Party Source in Bellevue, Kentucky on June 30th, and will be available for limited distribution in July.

Miami Stash was a cigar that was rolled in 2014 by renowned roller Maria Sierra.  The cigar is a triple ligero blend featuring a San Andres Maduro wrapper over Nicaraguan binder and filler.  It will be available in one size, a 5 1/4 x 54 Robusto.  The cigars will be sold in five packs.  A total of 600 packs will be available, with the first 100 going to the launch event at The Party Source.  Each cigars will carry an SRP of $14.95.

The June 30th launch event also happens to be Williams’ birthday. Both Williams and Ortega will be in attendance.

Williams has had an association with El Titan de Bronze as he has produced such blends as Liga Miami, Clase Reserva, and the first release of Epifania.