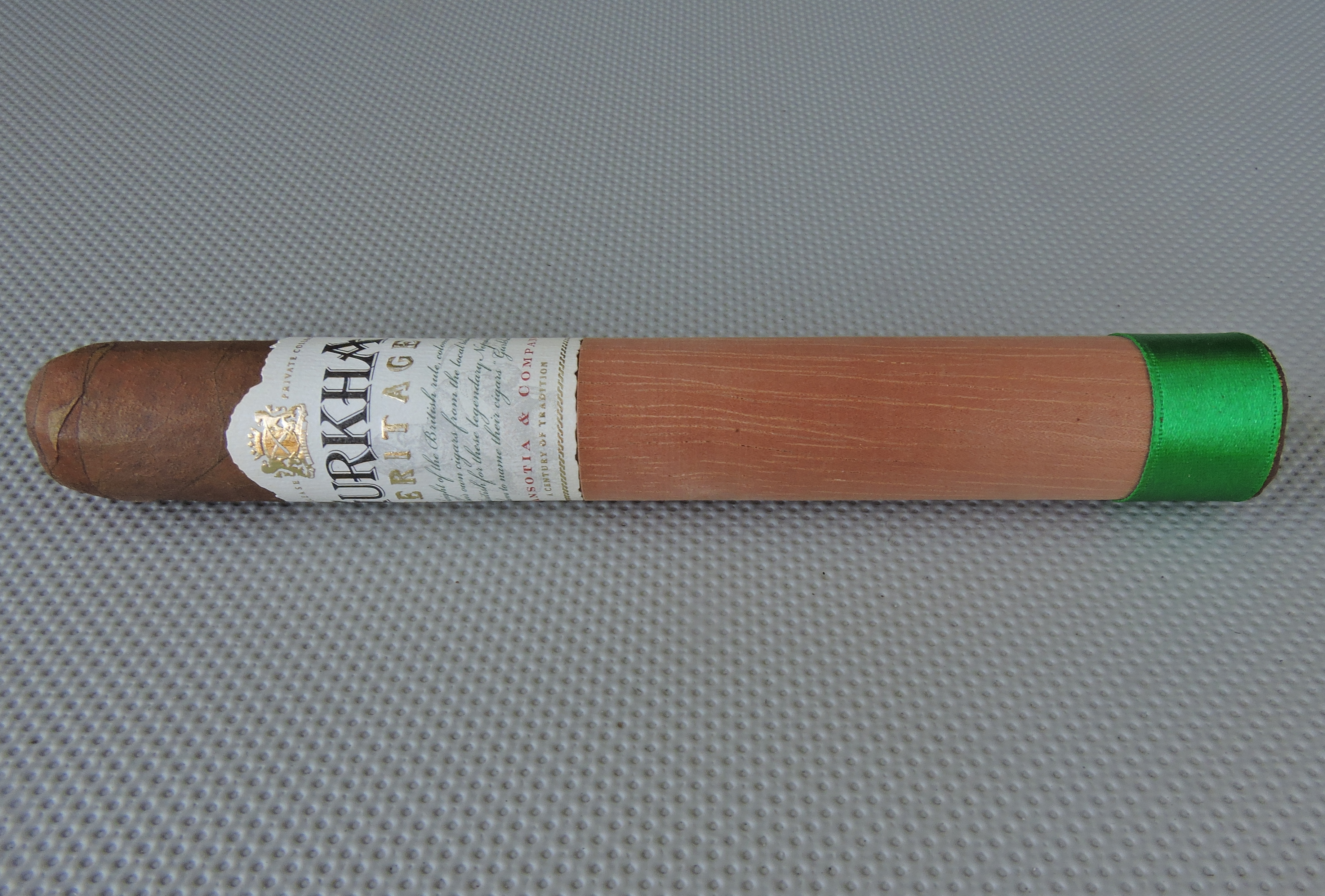 2015 was a busy year for Gurkha Cigar Group at the 2015 IPCPR Trade Show. The company launched five new lines. One of those new lines is the Gurkha Heritage. The Gurkha Heritage is a blend that is being produced in Nicaragua at American Caribbean Tobacco. The blend is described as a project worked on by Juan Lopez, National Sales Director at Gurkha with the “blessings of (Gurkha CEO) Kaizad Hansotia”. Lopez has been playing a more active role in blending, most prominently on the Gurkha East India Trading Company’s Classic Cigar Havana Blend. Recently I’ve had an opportunity to smoke the newly released Gurkha Heritage Toro in the Toro size. Overall I found this to be a cigar to be a solid cigar and one that was quite enjoyable.

Without further ado, let’s take a closer look at the Gurkha Heritage Toro and see what this cigar brings to the table.

The Gurkha Heritage is a four country multi-national blend highlighted by its Ecuadorian Habano wrapper.

The Gurkha Heritage has been launched in six sizes. The Robusto, Toro, and XO are sold in 35 count cabinet boxes while the Figuardo, Prince, and Kingsman are sold in ten count boxes. 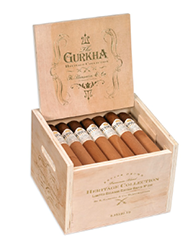 The Ecuadorian Habano wrapper of the Gurkha Heritage Toro is a classic rosado wrapper as has a medium brown color with a nice colorado red tint to it. There is some oil on the wrapper’s surface. Most of the wrapper seams of the cigar are well hidden.  There are some visible veins, but I would not describe the wrapper as “toothy”. 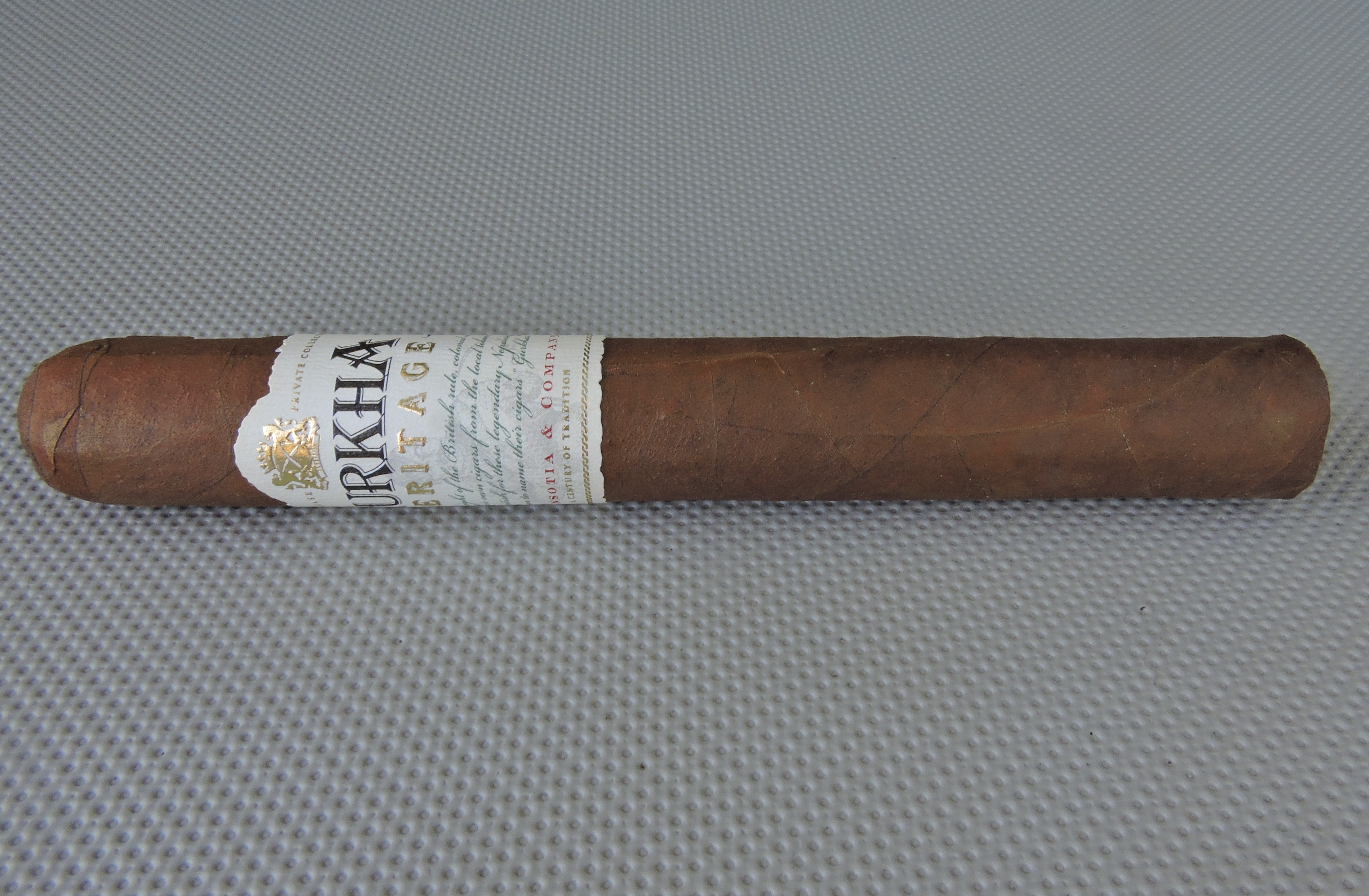 The band is a parchment styled band.  Prominently displayed on the upper portion of the band is the text “GURKHA” in the company’s signature font. Above that text is a gold coat of arms. To the left of the coat of arms is the text “LIMITED RELEASE” with gold trim further left. To the right is the text “PRIVATE COLLECTION” with gold trim further right. To the left and right of the “GURKHA” text is the text “ESTABLISHED” (in a small curved font) and “1887” just below it in red font.  Below the “GURKHA” text is “HERITAGE” in a classic gold font”.

The lower part of the band has the text (in green cursive italic font):

In 1887, at the height of the British rule, colonial soldiers began to make their own cigars from the local tobacco. The fondness of the British for these legendary Nepalese fighters inspired them to name their cigars ” Gurkhas.”

Just below that is the text K. HANSOTIA & COMPANY” in red font with the text “A CENTURY OF TRADITION” just below it in small gold font. There is also gold trim at the bottom of the bend.

The cigar is finished with a cedar sleeve that goes from the bottom of the band to the foot of the cigar. There is a green ribbon around the sleeve by the footer.

Before beginning the cigar experience, I removed the cedar sleeve.  From that point I proceeded to clip the cap off my Gurkha Heritage Toro with a straight cut and move on to the pre-light draw. The cold draw provided a mix of cedar, natural tobacco, and a slight cherry note. Overall I considered this to be a very good pre-light draw. At this point I was ready to light up the Gurkha Heritage Toro and see what the smoking phase would have in store.

The start to the Gurkha Heritage Toro continued where the pre-light draw left off with notes of cedar and natural tobacco in the forefront and a slight cherry note in the background.  I also picked up a slight black pepper note on the after-draw. Meanwhile, the retro-hale produced a cedar spice note.

As the Gurkha Heritage moved through the first third, the cedar and natural tobacco remained primary with the pepper remaining on the after-draw.  I did find the cherry notes diminished and the sweetness (along with spice) transitioned to the cedar notes.  This continued into the second third.

During the second half, I noticed an increase in the pepper as it made its way on to the full draw.  The pepper notes did increase, but it never overtook the cedar and natural tobacco.  This is the way the flavor profile came to a finish. The resulting nub was cool in temperature, but soft to the touch.

From a burn perspective, I did find the Gurkha Heritage Toro had both a little bit of curvature and jaggedness on the burn line. While touching up the cigar did the trick, I found the Gurkha Heritage required more touch-ups than I prefer. The resulting ash was charcoal gray. This was not an overly firm ash, but it wasn’t a loose one either. The burn rate and burn temperature were both ideal. 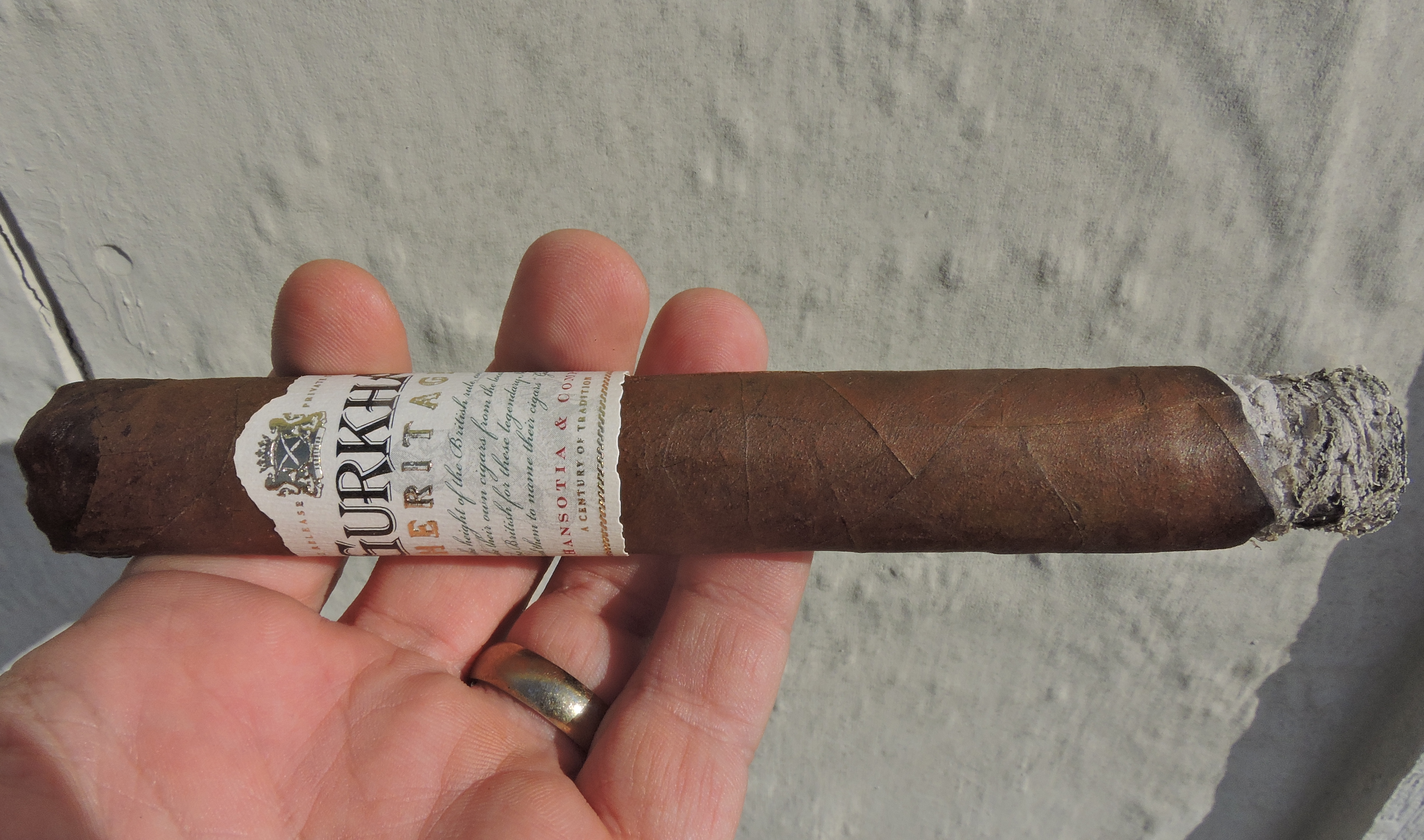 Burn of the Gurkha Heritage Toro

The draw to the Gurkha Heritage Toro performed quite well.  It wasn’t too loose, nor was it too tight. This is a cigar that is going to produce quite a bit of smoke production.

From a strength perspective, I found the Gurkha Heritage Toro to fall right in the middle of the spectrum.  I assessed this cigar as being medium strength from start to finish. As for the body, I found the flavors had some decent weight on the palate resulting in a medium to full-bodied smoke. In terms of strength versus body, I found the body had the edge.

Overall the Gurkha Heritage Toro was an enjoyable cigar. This wasn’t a cigar that is going to undergo radical flavor transitions . At the same time this is not a cigar that is going to deliver a revolutionary flavor profile, but overall I found the flavors delivered by the Gurkha Heritage were very good. This is a cigar I would recommend to an experienced cigar enthusiast, but it is also one I would not discourage a novice from trying.  As for myself, this is a cigar that I would smoke again – and it’s one worthy of a fiver.