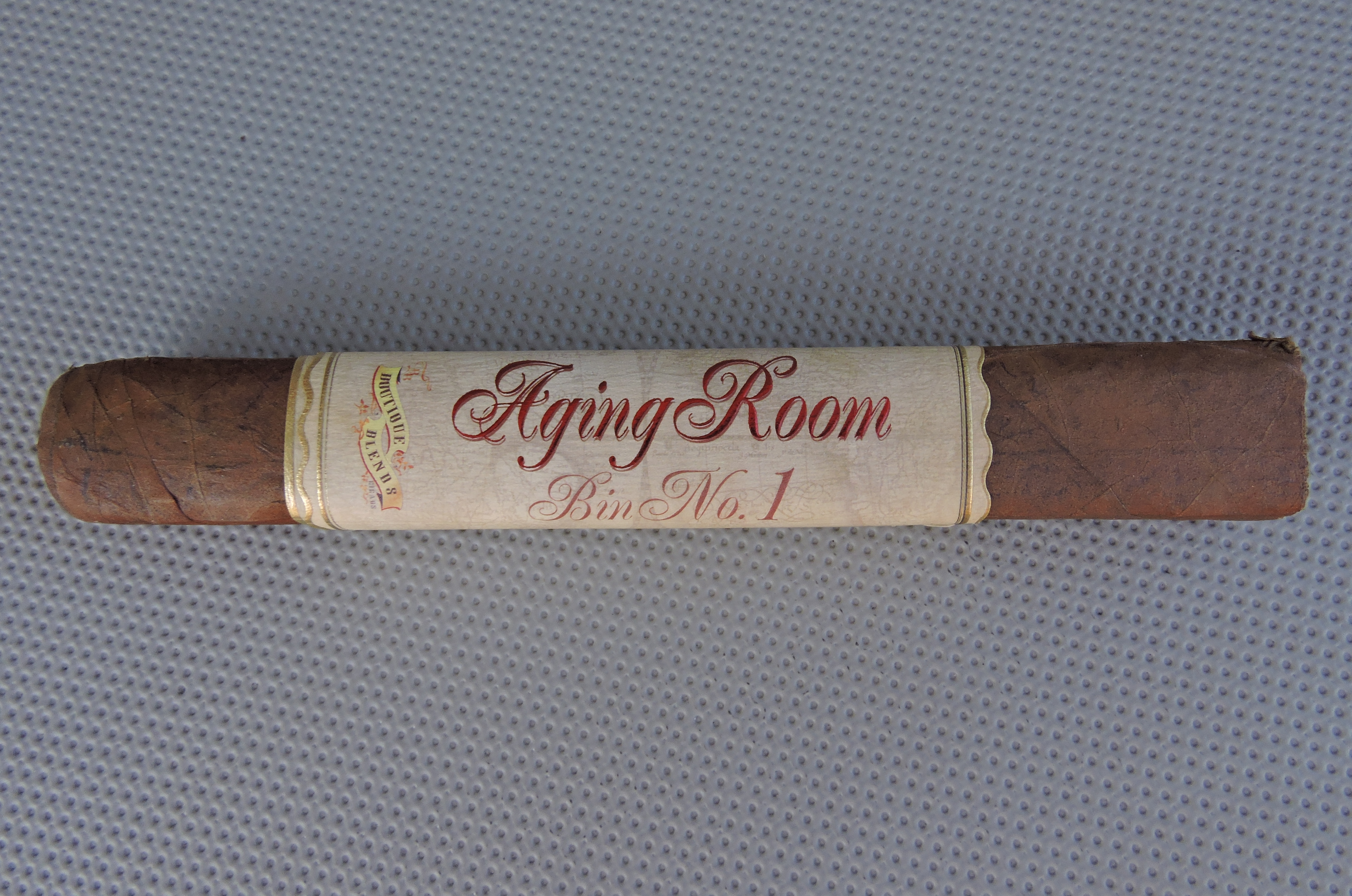 The D Major is unique not just because of it’s box-pressed shape, but also because it contains cigars packaged in individual coffins – a first for Boutique Blends. While the Aging Room Bin No. 1 line is a small batch line, the D Major is a more limited version as only 1,600 18 count boxes are planned for this size. 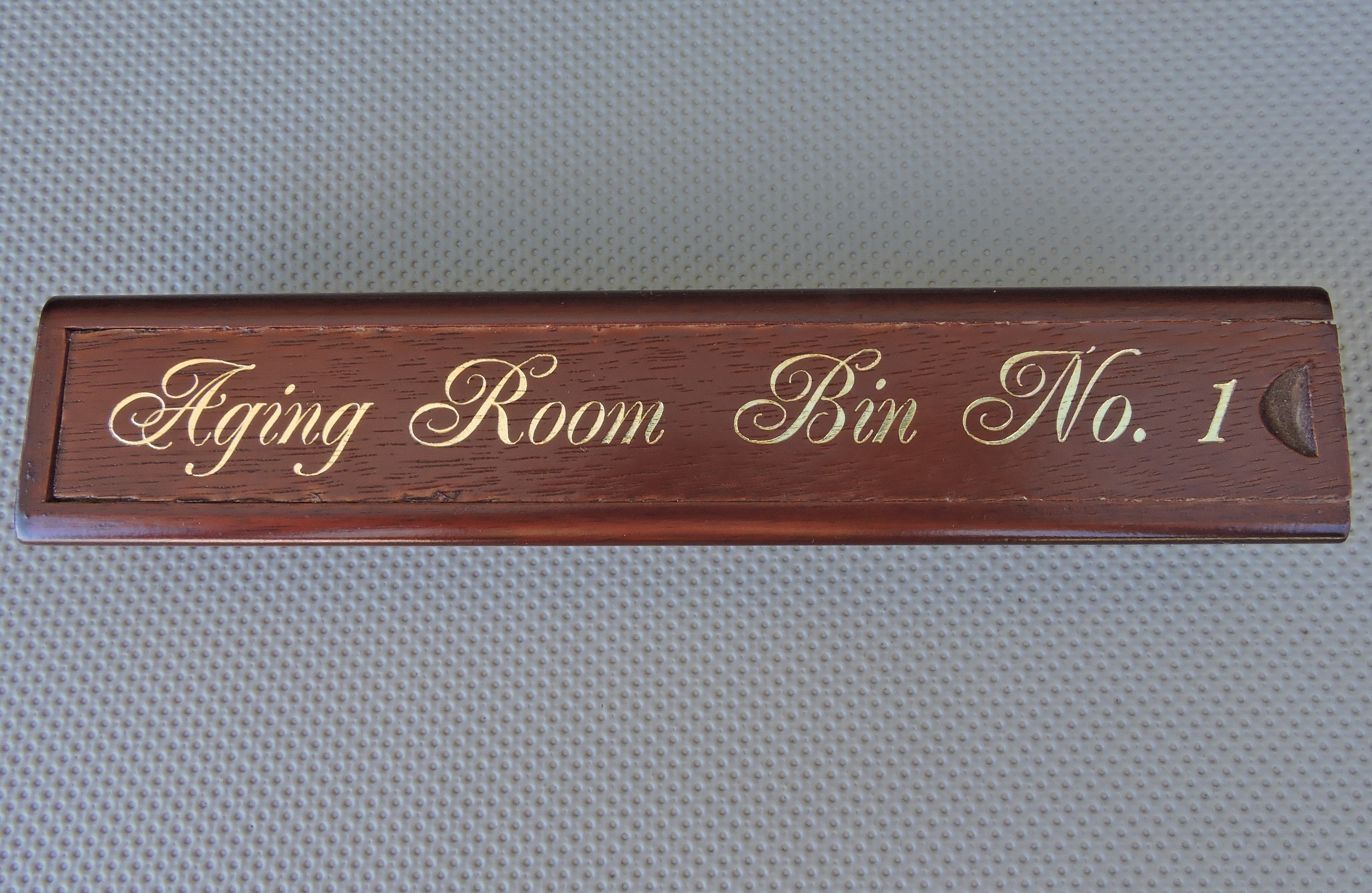 On a side note, in addition to the D Major, Boutique Blends introduced a second line extension – a lancero called D-Minor. While a lancero has been seen in Boutique Blends’ Swag brand, this is the first lancero in the Aging Room line.

Without further ado, let’s take a closer look at the Aging Room Bin No. 1 D Major and see what this cigar brings to the table.

The introduction of the D Major and D Minor vitolas bring the total frontmarks in the Bin No. 1 line to five. As mentioned the D Major is the only vitola packaged in individual coffins with 18 coffins per box. The remaining four vitolas are packaged in 20 count boxes.

The Aging Room Bin No. 1 D Major’s Ecuadorian Habano wrapper has a caramel brown color. Depending on how the light shines on it, the wrapper will show a reddish tint. Upon closer examination, there is some darker marbling on the surface of the wrapper. The wrapper itself has a light oily complexion. There are some visible wrapper seams, but any visible veins are thin. The box press is more of a flatter shape, and was firm with no soft spots.

The coffin packaging is in a wood box with a slide top. The wood of the coffin is varnished with a mahogany shade of brown. On the top is the text “Aging Room Bin No. 1” in large gold cursive font.

The Aging Room Bin No. 1 features an outer and inner band. The outer band is situated toward the middle of the cigar and covers almost half of the surface of the cigar. It is a off-white parchment paper styled band. The background of the band has the appearance of watermarks on it. The band is arranged in a landscape mode. Prominently on the band is the text “Aging Room” in metallic red cursive font. Below that text is the text “Bin No. 1” in a smaller metallic red cursive font. Above the “Aging Room” text is the text “Made with select aged tobaccos” in a duller red cursive styled font. To the left is the yellow Boutique Blends logo arranged sideways from the rest of the band. The remainder of the band has gold trim.

Open coffin of the Aging Room Bin No. 1 D Major

When the outer band is removed, it reveals an inner band. This is a smaller band and designed to remain on the cigar for the duration of the smoking experience. It features the same parchment styled band with the same color scheme as the larger outer band The inner band also features the same cursive “Aging Room Bin No. 1” but arranged upright. To the left, the yellow Boutique Blends logo is also present and arranged sideways from the rest of the band. To the far right is the text “DOMINICAN REPUBLIC” in a small dull red font arranged sideways. This band is also adorned with gold trim. Finally, the background on this band has a watermark-like design with the “Aging Room” text in cursive. 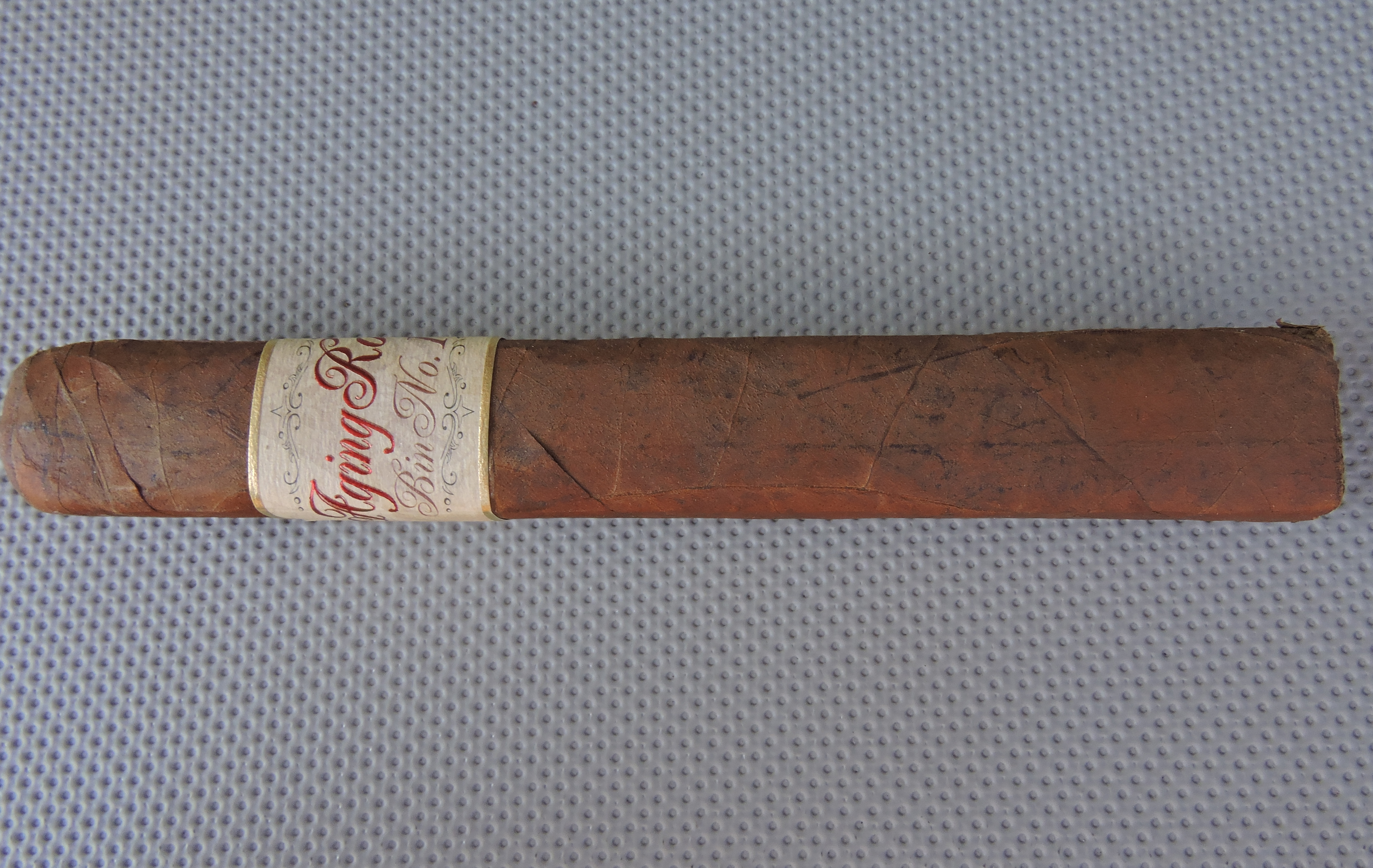 Before clipping the cigar, I removed the outer band of the Aging Room Bin No.1 D Major- which revealed the smaller inner band. I then placed a straight cut to remove the cap. The dry draw provided a mix of natural tobacco sweetness, caramel and some cedar spice. Overall, I considered this to pre-light draw of this cigar to be excellent. At this point I was ready to light up the Aging Room Bin No. 1 D Major and see what the smoking phase would have in store.

By the last third, I found the natural tobacco notes lost some of the sweetness and became more earthy. These notes remained in the forefront, but were joined by the red pepper and cedar spice. Meanwhile the vanilla notes returned to the background. This is the way the flavor profile held until the end. The resulting nub was firm to the touch and cool in temperature.

Overall I found the Aging Room Bin No. 1 D Major to score nicely when it came to its burn. The burn line remained relatively straight throughout the smoking experience. The burn path also remained straight. I found this cigar didn’t require an abnormal amount of touch-ups. The resulting ash had a salt and pepper color. It was the firmest ash, but it was far from a loose ash either. The ash still came off the cigar in clean chunks. Meanwhile the burn rate and burn temperature were both ideal. 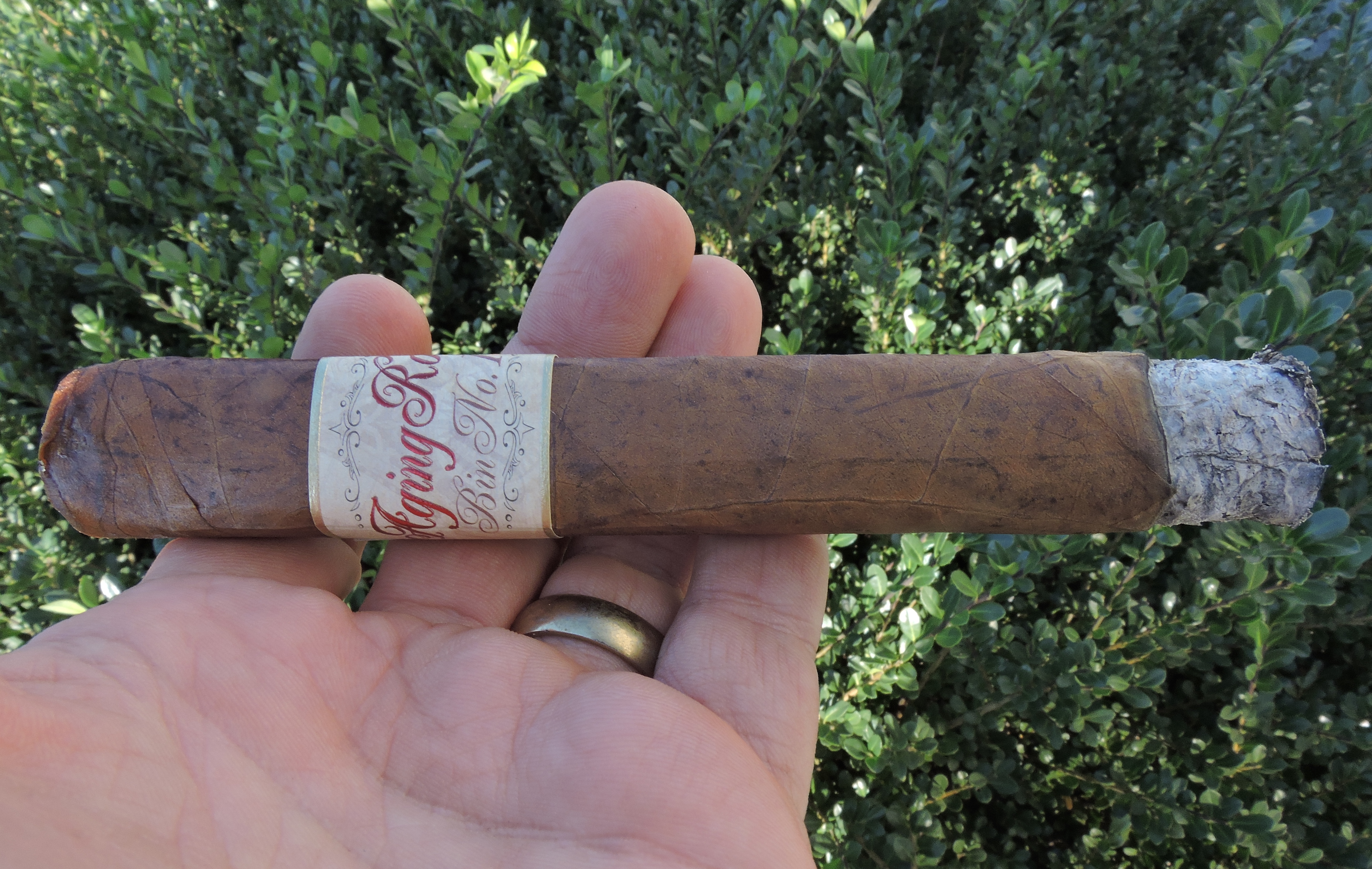 Burn of the Aging Room Bin No. 1 D Major

The draw to the D Major also performed admirably. It was not too loose, nor too tight. Overall I found this to be a low maintenance cigar to puff on and derive flavor.

Like my prior experiences with other sizes of the Aging Room Bin No. 1, the D Major surprised me. It delivered a very different smoking experience than I would have expected from a blend with an Ecuadorian Habano wrapper and Dominican tobaccos. While the Toro sized B Minor still remains my favorite size in the Aging Room Bin No. 1 line, the D Major still is a very good cigar. The only negative I have with the D Major is I would have liked to get more of the sweetness in the last third like I got in the first two thirds, but with this cigar the positives far outweigh the shortcomings. This is still a cigar I’d steer to a more experienced cigar enthusiast as does have some kick and deep flavors to it. As for myself, while it’s a pricier cigar, it is one I would reach for again – and even near $15.00 per cigar, this is still certainly worthy of being a box worthy cigar.