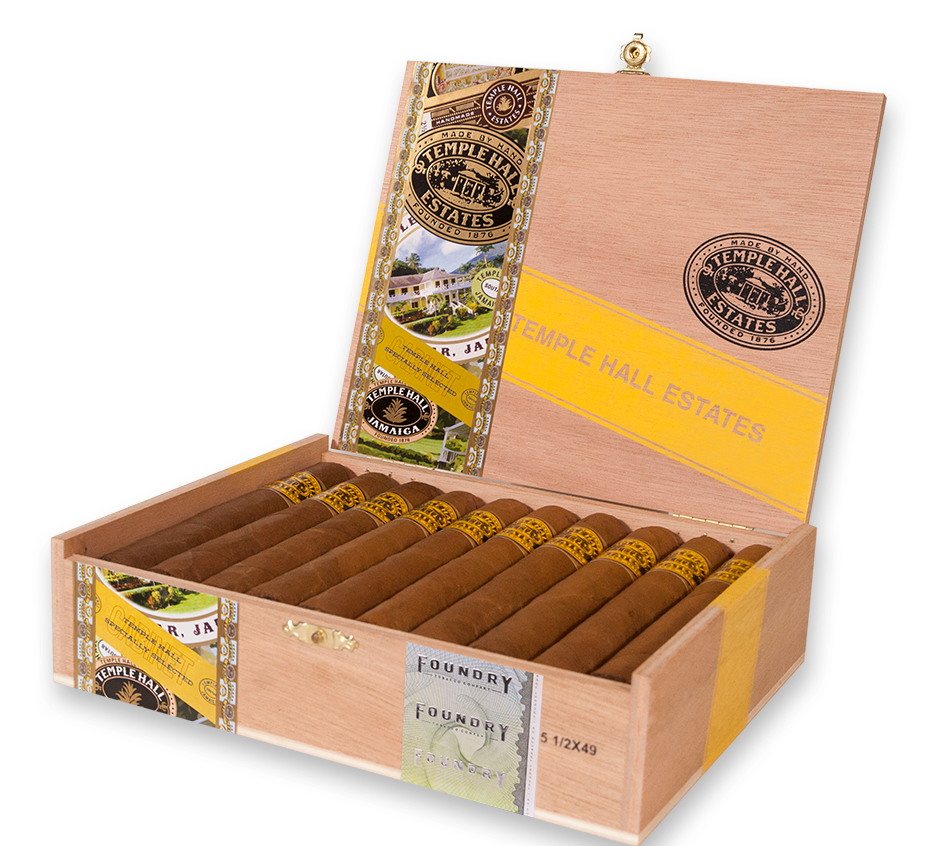 Foundry Tobacco Company is once again bringing new life to an old brand. Today the subsidiary under General Cigar announced it is bringing back a re-imaged version of the legendary Jamaican brand, the Temple Hall Estates Collection. The new Temple Hall Estates Collection becomes the third major installment of the FTC Heritage Series – a series of re-imaged legendary brands.

After Castro nationalized the Cuban cigar business, Ramon Cifuentes, the father of Partagas, assumed the day-to-day operation of the Jamaican factory. Eventually, Temple Hall was acquired by General Cigar in the 1960s. Seeing the potential in Cifuentes, General Cigar Chairman Edgar Cullman brought him to the Dominican Republic where he played  key role in cigar making there.

According to Justin Andrews, sales manager for Foundry Tobacco Company, “Temple Hall Estates pays homage to the factory in Jamaica, and the people who shared Ramon Cifuentes’ love for the art of cigar making. This new line is made in Santiago, DR, according to the techniques set forth at Temple Hall by Ramon.”

The cigar features a Connecticut Shade wrapper over a Mexican San Andres binder, and a filler consisting proprietary Dominican Piloto Cubano leaves grown in Mao, DR and harvested from all three grades (volado, seco and ligero) as well Mexican San Andrean tobacco. The cigar adds a mild / smooth smoke into the FTC Heritage Series which includes the reimaged Ramon Allones and Bolivar lines.

Following the lead of the FTC Ramon Allones and Bolivar releases, the packaging and banding for Temple Hall Estates Collection is an updated version that was inspired from the original

Temple Hall Estates is now shipping to retailers. Plans are to support the rollout with a series of in-store educational events starting in March.

At a glance, here is a look at the Foundry Temple Hall Estates Collection: