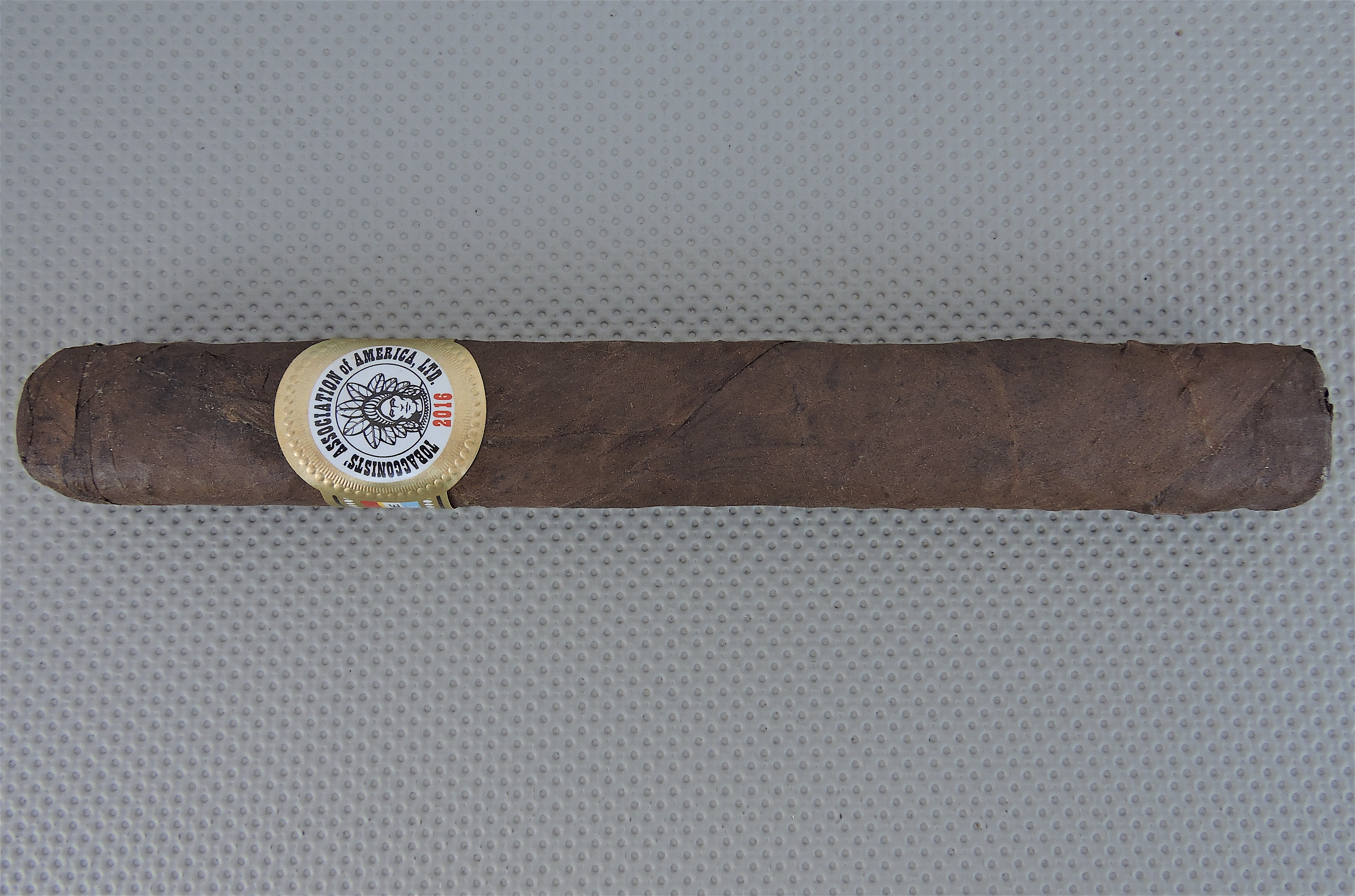 The following new cigars have been released for the 2016 TAA Exclusive Series (displayed from left to right in the photo that follows):

As mentioned, the release of the Tatuaje TAA 2016 marks the sixth annual release for the TAA by Tatuaje. Plans are to release a Tatuaje TAA 2017 later this year.

Without further ado, let’s break down the Tatuaje TAA 2016 and see what this cigar brings to the table:

For completeness we list all of the cigars released by Tatuaje over the past six for the TAA.

The Connecticut Broadleaf wrapper of the Tatuaje TAA 2016 has a rich coffee bean color to it. Upon closer examination, some darker marbling can be seen on the surface. Depending on how the light shines on it, the wrapper may give off a bit of colorado red. This was a wrapper that had a rugged Connecticut Broadleaf look to it. This is a slightly bumpy surface with some visible veins that are borderline toothy. There are also some visible veins.

As with all of the Tatuaje TAA releases, the footer of the TAA 2016 cigar is covered. 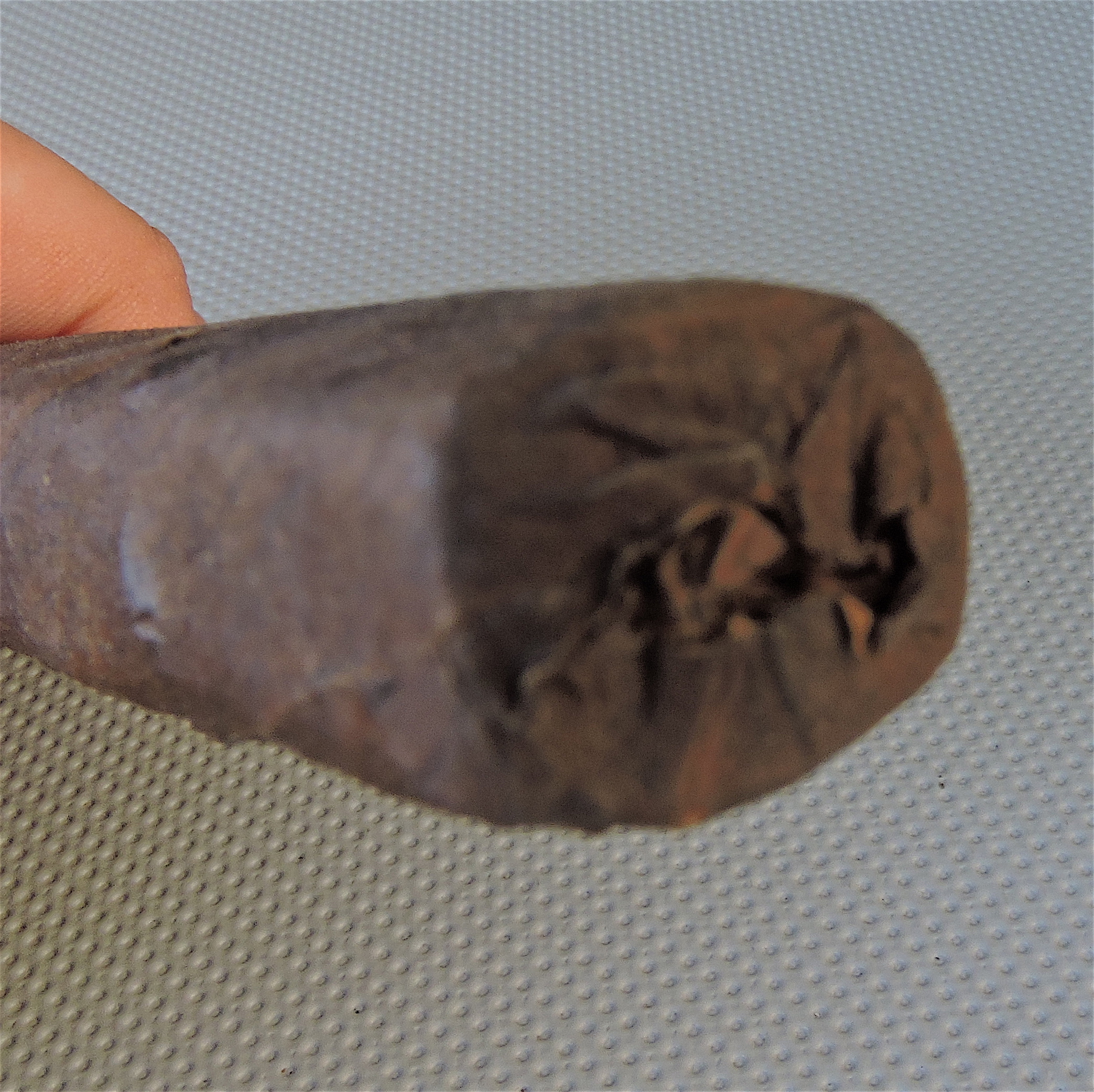 The band itself is a variation of the bands that Tatuaje for many of its “Exclusive Series” (i.e. limited, retailer-exclusive) releases. It features the red, white, and sky blue stripes found on those bands. There are also gold and black stripes across the top and bottom. On the white stripe it says “TATUAJE” on both the left and right side in black font. On the blue stripe, it says “TAA EXCLUSIVE” in white font. On the front of the band is the TAA Indian logo in black. Around the logo it says “TOBACCONISTS’ ASSOCIATION of AMERICA, LTD” in black font arranged in a circular fashion. Below the logo is the text “2016” in red font. A gold ring surrounds the logo and text on the front.

As I normally do, I started the cigar experience with a straight cut to remove the cap. Once I clipped the cap I moved on to the pre-light draw experience. The dry draw was classic Connecticut Broadleaf as it delivered notes of coffee, earth, and a slight black pepper note. Overall I considered this to be an excellent pre-light draw. At this point, I lit up the Tatuaje TAA 2016 and awaited what the smoking experience would have in store.

The Tatuaje TAA 2016 started off with notes of coffee, earth, black pepper, and a subtle maduro sweetness. Maduro sweetness is a term I use to describe a cross between natural tobacco and dried fruit. The retro-hale delivered a nice layer of black pepper spice to the flavor profile as well as some additional coffee and sweet notes.

During the first third of the Tatuaje TAA 2016, the coffee notes moved to the forefront. At times these notes had some dark chocolate mixed in – giving it almost a mocha quality. There were other times the maduro sweetness popped into the forefront as well. Meanwhile the black pepper and earth receded into the background. I also found during this stage to be a nice smoothness to all of the flavors.

When the Tatuaje TAA 2016 moved into the second third, the coffee notes were still in the forefront, but no longer had the mocha qualities. I also found during this stage of the cigar experience that the earth notes started to surface as another primary note. The pepper and maduro sweetness were in the background with the pepper increasing and the maduro sweetness decreasing. At times I also detected a slight cedar note.

The last third saw the earth and pepper take hold as the primary notes. There still was a touch of maduro sweetness and coffee in the background. This is the way the Tatuaje TAA 2016 came to a close. The resulting nub was firm to the touch and cool in temperature.

Overall I found the Tatuaje TAA 2016 cigar to have excellent construction and this was reflected on the burn and draw. The TAA 2016 had no problem keeping a straight burn path. There was a slight curvature on the burn line, but this was remedied with a few touch-ups. This didn’t prove to be a nuisance while I smoked the cigar. The resulting ash was tight and firm with a salt and pepper color complexion. Meanwhile the cigar burned at an ideal temperature and maintained an ideal burn rate. 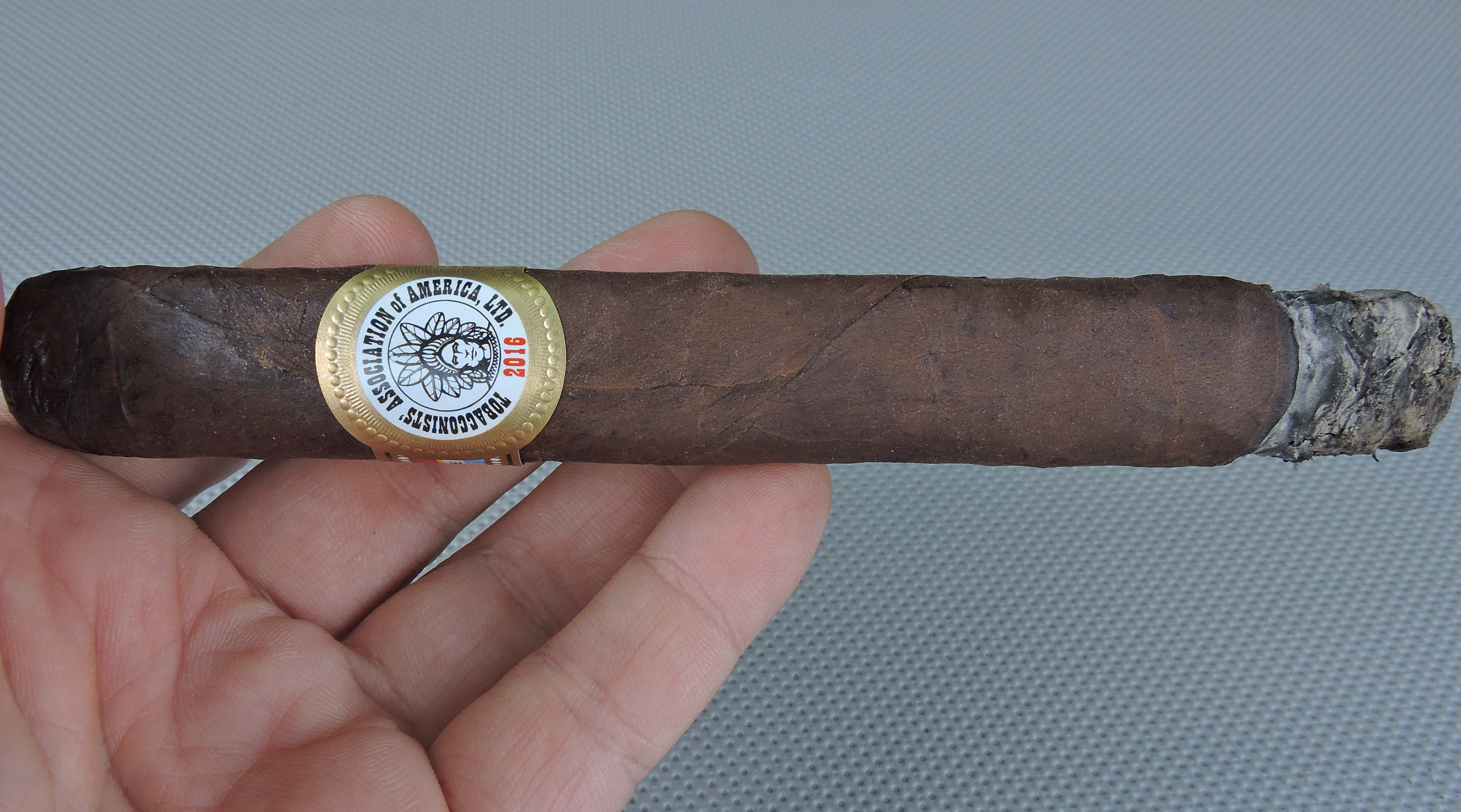 The draw to the Tatuaje TAA 2016 was not too loose, nor too tight. This was a low maintenance cigar to derive flavor from.

When I smoked the Tatuaje TAA 2012 I had assessed that cigar as full strength and full-bodied. However, I smoked the TAA 2016 edition with considerably more age (about 8 months in the humidor). Body-wise, I still found the TAA 2016 to be full-bodied smoke. Strength-wise, it was pretty close to the 2012 as the cigar started out medium to full in the first half and progressed to full strength in the second half.

As for strength versus body, I gave a slight edge to the body in the first half with both attributes pretty much on par with each other during the second half.

Our review of the Tatuaje TAA 2016 brings to a close a full set of reviews we have done for each of the new cigars in the 2016 Exclusive Series. As mentioned, this is the best cigar in the 2016 TAA Exclusive Series. It is everything I would expect a TAA cigar to be – namely special. This is something that many other TAA releases have fallen short with over the past few years. While it scores one point less than the Tatuaje TAA 2012 (92 vs 93), our scoring has changed considerably over time so that shouldn’t be used for comparative analysis. I’ll still give a slight edge to the Tatuaje TAA 2015 as the best Tatuaje TAA release, but this is pretty close.

Given this is a fuller cigar, this is a cigar I would recommend for a more experienced cigar enthusiast. As for myself, it’s something I would smoke again – and it’s one certainly box worthy.