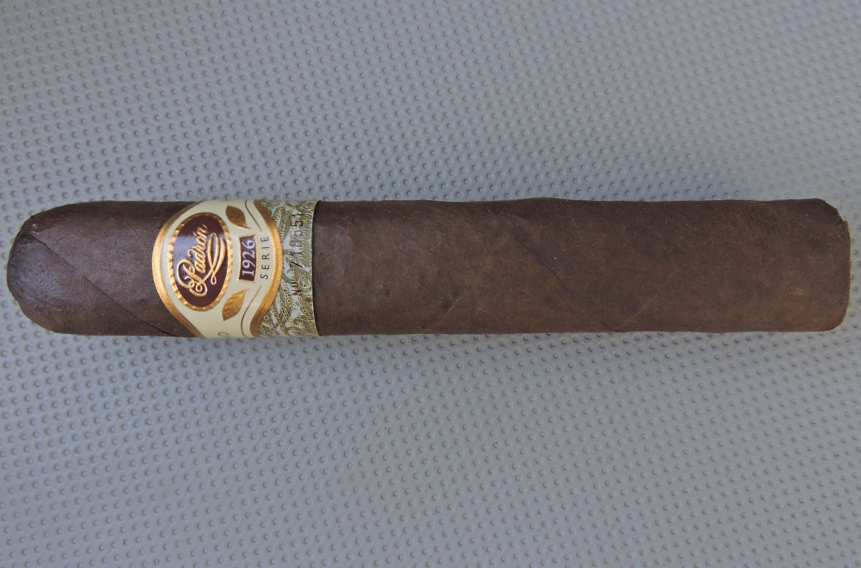 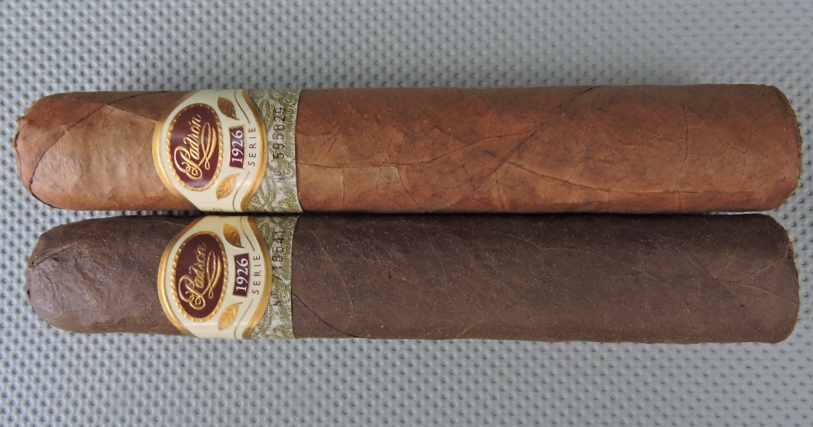 Padron has played an extensive role in the TAA Exclusive Series. There have been a total of four installments and eight blends.

Without further ado, let’s break down the Padron 1926 Serie No. 48 Maduro and see what his cigar brings to the table:

The following lists the TAA and regular production vitolas of the Padron 1926 Serie. As mentioned, each size is available in a sun-grown natural or a maduro wrapper. All of the sizes are box-pressed except for the recently released Padron 1926 Serie No. 90.

The Nicaraguan Maduro wrapper over Padron Serie 1926 No. 48 has a chocolate brown color to it. Upon closer examination, there is some subtle darker marbling on the surface of the wrapper. There was a slight amount of oil on the surface. The wrapper was somewhat bumpy with some thin visible veins. I did find the dark color of the wrapper did a good job at hiding the wrapper seams. Like the No. 48 Natural, the Maduro had a box-press that was more of a soft Cuban press.

The Padron 1926 Serie No. 48 has two bands with each using the same design as the rest of the 1926 Serie line. The primary band has an antique white background and features the maroon and gold Padron logo. Just below it is a maroon quadrangle with the text “1926” in white. There are two thin gold leaves flanking the quadrangle. Below the quadrangle is the text “SERIE” in maroon font. On the left side of the band is the text “HAND” in gold font. On the right side of the band is the text “MADE” – also in gold font. There are gold stripes to the far left and far right that come together when the band is closed. The band also features gold trim.

The second band has an ivory and dull gold color scheme. It rests just under the first band and serves as a band of authenticity for the Padron cigars – which are often subject to counterfeiting. It features the scripted Padron logo in gray and the text “AUTHENTICITY GUARANTEED BY JOSE O PADRÓN” in a gold(ish) font – all sitting on an ivory background. Each Padron 1926 has a unique serial number located on that second band in black font. My serial number for the cigar photographed is 718551.

As I normally do, I went with my usual choice of a straight cut to remove the cap of the Padron Serie 1926 No. 48 Maduro. I had opted to use a large ring gauge cutter to get an ideal cut. Once the cap was removed, I moved on to the pre-light draw. The dry draw delivered a mix of earth, cedar, and some chocolate. Overall I considered this to be a satisfactory pre-light draw. At this point I was ready to light up the Padron Serie 1926 No. 48 Maduro and see what the smoking phase would have in store.

The Padron Serie 1926 No. 48 Maduro started out with a mix of cocoa, earth, cedar, white pepper, and maduro sweetness (a cross of natural tobacco and dried fruit). Early on, I didn’t find there to be a dominant flavor. As for the retro-hale, it delivered an additional layer of cedar and white pepper.

As the Padron Serie 1926 No. 48 Maduro moved through the first third, I found the trifecta of the cocoa, earth, and cedar moved to the forefront. At the same time, the maduro sweetness and white pepper receded into the background. As the cigar moved into the second half, I found the cocoa and earth notes formed a tandem. This tandem alternated in intensity with the cedar as the dominant flavor. Meanwhile, the white pepper and maduro sweetness remained secondary.

By the last third, the earth and cedar notes remained as the primary notes. The white pepper notes increased, but didn’t quite reach the forefront. Meanwhile the cocoa diminished into the background and the maduro sweetness dissipated. This is the way the Padron Serie 1926 No. 48 Maduro came to a close. The resulting nub was excellent as it was firm to the touch and cool in temperature.

The Padron Serie 1926 No. 48 Maduro maintained maintain a straight burn line and took a straight burn path with minimal touch-ups. The resulting ash had a salt and pepper color to it. Overall I found this ash to be on the firm side and one that came off the cigar in clean chunks. The burn temperature was ideal, but I did find this cigar to burn on the faster side. 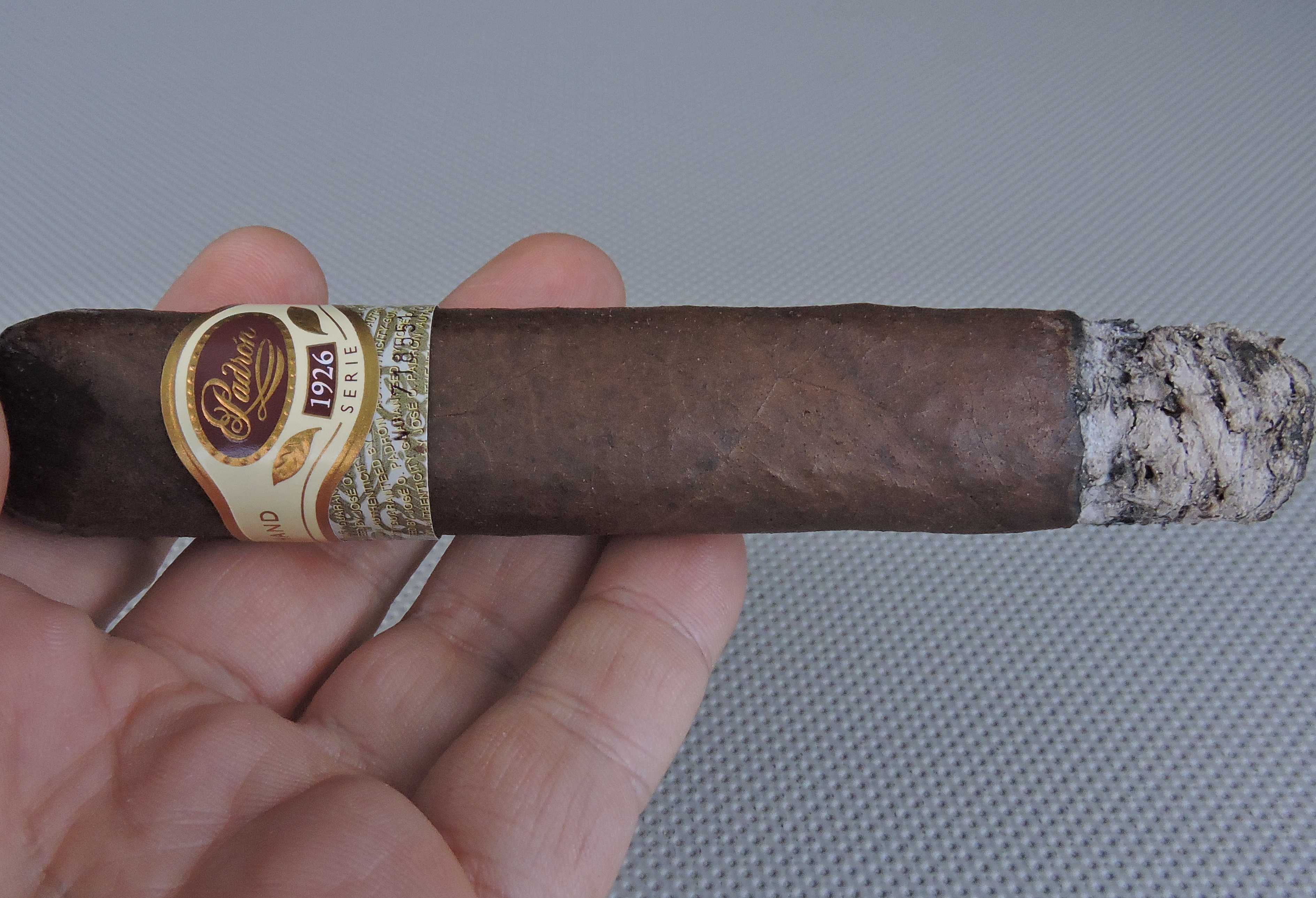 While I found the Padron Serie 1926 No. 48 Natural to be more dialed back, when it came to its Maduro counterpart, I found it to be a lot bolder. In fact, I found the to be bolder than many of the other 1926 Serie vitolas. This is a cigar that I found to be medium to full in strength from start to finish. Meanwhile the flavors of the Padron Serie 1926 No. 48 Maduro had some weight to them. Overall I assessed this cigar’s flavors as having just enough depth to be considered full-bodied.

As mentioned up front, I definitely preferred the Padron Serie 1926 No. 48 Maduro over its Natural counterpart. I was a little surprised about the boldness of this cigar compared to the other entries of the Padron Serie 1926 Maduro line. The one thing about the two No. 48 vitolas is that they draw looser and burn faster than I would expect from a 5 1/2 x 60 vitola. While it’s a bigger cigar, for $20.00 I still would like a cigar to burn a little slower.  This is a cigar I would recommend to an experienced cigar enthusiast. This is also a cigar I’d recommend for a novice looking to graduate to something on the bolder side. As for myself, I still very much enjoyed the flavors of this cigar – and it’s one that is worthy of a fiver.

« Cigar News: What Does President Trump’s Freeze on New Regulations Mean to the Cigar Industry ? » 2016 Year in Review: Cigar Industry Person of the Year-The Honorable Mentions