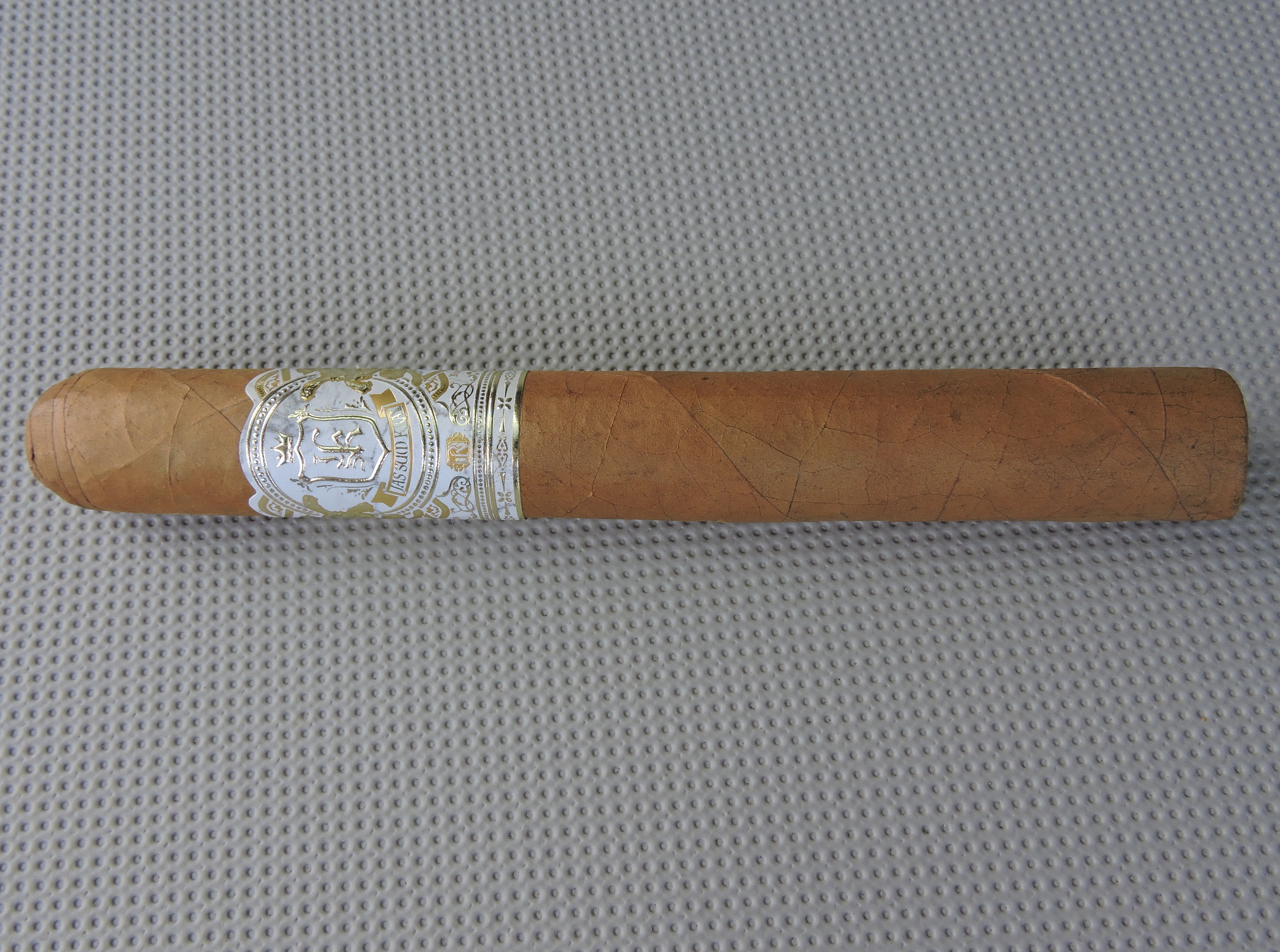 In 2016, Riatevski’s Jas Sum Kral Red Knight began to catch the eye of many cigar enthusiasts. While he had planned to grow his portfolio to include other blends, those plans changed when the U.S. Food and Drug Administration (FDA) enacted the Deeming Regulations. As a part of those regulations, any new cigar introduced after August 8th, 2016 requires pre-market approval by the FDA to market that cigar. As a result, Riatevski accelerated his plans to introduce his Connecticut Broadleaf (Crna Nok) and Connecticut Shade (Zlatno Sonce) prior to the August 8th deadline. He worked to introduce the cigars in small quantities into the market, and went for a wider release earlier this year.

And now, let’s break down the Jas Sum Kral Zlatno Sonce Toro and see what this cigar brings to the table.

The Zlatno Sonce features a Connecticut Shade wrapper grown in Ecuador. Most of the other tobaccos in the blend are not disclosed – except for the fact that the filler contains some ligero and corojo. As with all Jas Sum Kral cigars, the Zlatno Sonce is produced at Noel Rojas and Brandon Hayes’ New Order of the Ages (NOA) factory located in Estelí, Nicaragua.

Wrapper: Ecuadorian Connecticut
Binder: Not Disclosed
Filler: Not Disclosed, other than that part of the blend contains ligero and corojo tobacco
Country of Origin: Nicaragua (Tabacalera NOA) 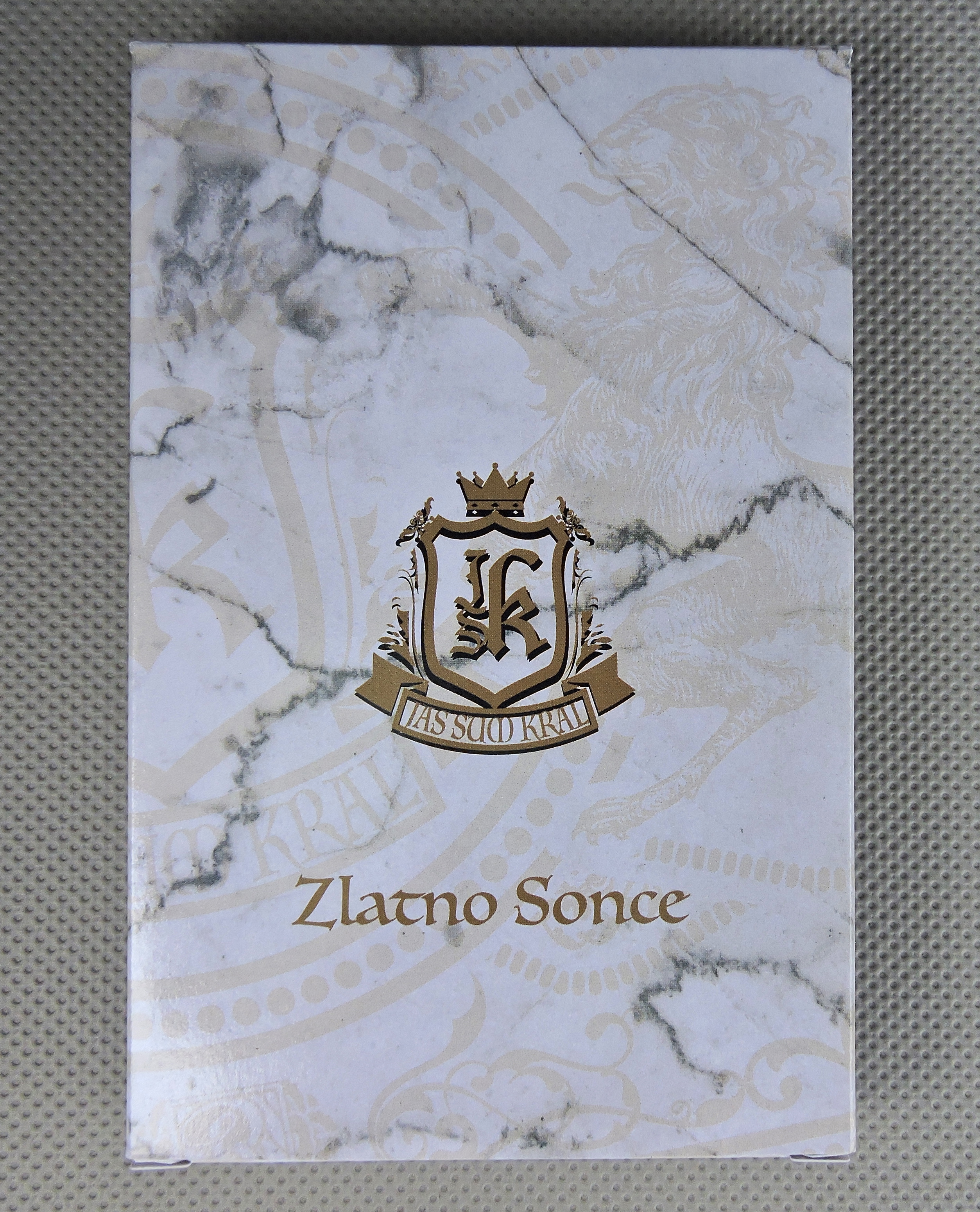 The band is highlighted by a white and gold color scheme. At the center of the band is a white shield with the initials “JSK” in a classic style gold font (the J and S are stacked on top of each other with a larger k to the right). Above the shield is a gold crown. Below the shield is a gold ribbon with a white colored strip on it. That strip contains the text “JAS SUM KRAL” in gold font. Two gold lions surround the shield to the left and right. The remainder of the band contains mostly gold adornments on the white background. The text “Handmade” is on the left side of the band while the text “Nicaragua” blends in on the right side – both in gold font. To the far right is a small gold medallion with the JSK logo etched on it that serves as a band fastener.

I commenced the cigar experience of the Zlatno Sonce Toro by placing a straight cut to remove the cigar’s cap. Once the cap was clipped, I moved on to the pre-light draw. The dry draw of the cigar delivered notes of classic wood, cream, and a very subtle cedar spice. Overall I considered the pre-light draw of this cigar to be satisfactory. Then I was ready to light up the Zlatno Sonce Toro and see what the smoking phase would have in store.

The Jas Sum Kral Zlatno Sonce Toro started out with an assortment of flavors including cream, black pepper, classic wood, cedar, and a slight citrus component. Early on the cream and classic wood notes moved into the forefront early on with the cedar, pepper, and citrus settling into the background. There was a slight bitter component to the wood notes, but I didn’t find it to be a negative with this cigar because it was balanced out by the other flavors. Meanwhile, the retro-hale had a very unique cedar note that I could not come up with a flavor analogy for. There also was a little bit of black pepper mixed into the retro-hale.

By the middle of the first third, the cream notes got richer and became the lone primary note. During the second third, the classic wood rejoined the cream notes in the forefront. The cedar and pepper notes remained in the background, but started to increase in intensity. Meanwhile, the citrus note remained a much more distant flavor in the background.

Later in the second third of the Zlatno Sone Toro, the classic wood notes eclipsed the cream in the forefront. By the final third the cedar notes had reached the forefront. The black pepper was still present in the background and the citrus had pretty much dissipated. This is the way the Jas Sum Kral Zlatno Sonce Toro came to a close. The resulting nub was cool in temperature, but slightly soft to the touch.

When it came to the burn of the Jas Sum Kral Zltano Sonce Toro, I found there were a few times it was meandering. This was remedied with some touch-ups. While the touch-ups did the trick, I did find these touch-ups were more frequent than I prefer. The resulting ash was nearly white in color. This was not an overly firm ash. TMhe burn rate and burn temperature were both ideal. 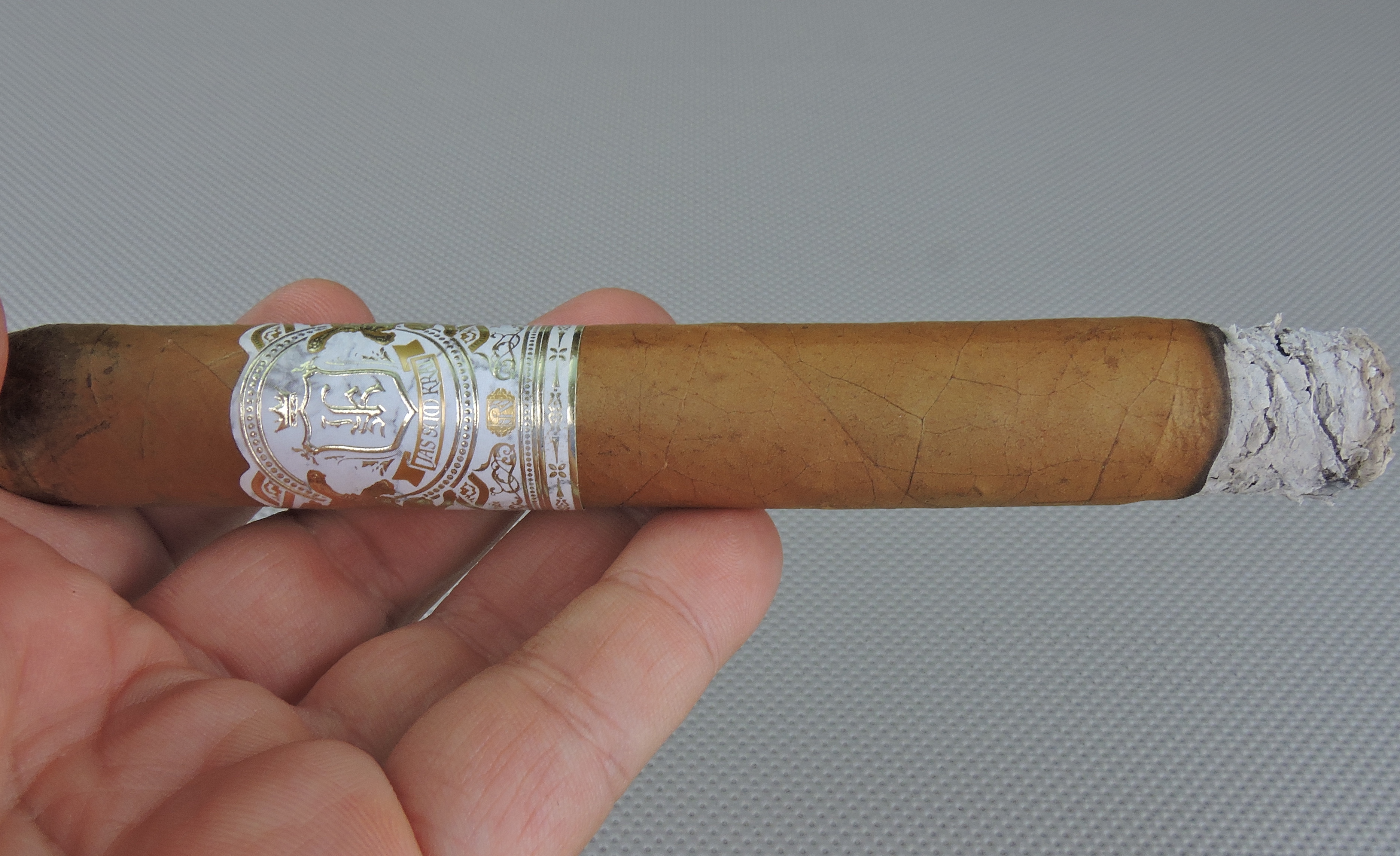 The draw to the Zlatno Sonce Toro performed quite well. The draw seemed to have an ideal amount of resistance while being a low maintenance cigar to derive flavor from.

As I mentioned up front, the Jas Sum Kral Zlatno Sonce Toro lives up to its reputation for being a bolder Ecuadorian Connecticut Shade cigar. Traditionally, many Connecticut Shade cigars are mild to medium/medium in strength and body. The Zlatno Sonce Toro takes it up a notch further. This is a cigar that started out medium in strength right out of the gate. By the second third, the strength edged into medium to full territory. The strength of this cigar continued to increase and toward the end, it came very close to reaching full strength. Meanwhile the body started out medium and also increased. By the second half, I found the body into medium to full territory.

In terms of strength versus body, I found the strength had a slight edge from start to finish. An edge in strength is something not typically seen with a Connecticut Shade cigar. I actually found this worked in favor of this cigar.

Overall, for a brand that has been on the market for two years, Jas Sum Kral is producing some very good cigars – and the Zlatno Sonce is another offering that strengthens the company’s portfolio.

I’ve said it many times. There are many cigar makers that will claim to have a non-traditional Connecticut Shade offering that is on the bolder side. I find that very few of them deliver on that promise, but the Jas Sum Kral Zlatno Sonce Toro undoubtedly does. On top of that, this is a cigar that delivers some very good flavor. Since it is a bolder cigar, the Zlatno Sonce is a cigar I would probably steer to a more seasoned cigar enthusiast. As for myself, this is a cigar I would definitely reach for again – and it’s worthy of a box split.