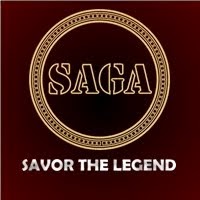 De Los Reyes Cigars, makers of the Saga and Don Julio brands of Cigars and the factory that produces lines such as Debonaire, Indian Motorcycle, Cattle Baron, and Patoro will be the official sponsor of Cigar Coop’s 2017 IPCPR Coverage.

The folks at De Los Reyes have been long-time sponsors of Cigar Coop, and we are really proud to have them as our sponsor. Not only do they make great cigars, but they are great people

We expect our IPCPR Pre Game coverage to kick off in June and we look forward to bringing you the most comprehensive coverage adhering to our #rumorfree #teaserfree philosophy!

Two years ago, Davidoff announced it was investing in its Central American operations on both the agricultural and production front. This included the construction of a new factory to replace the Camacho factory. This week, the company officially announced the new factory is in operation and gave some details of the new facility.

This week we published a feature story called “A Visit to the JRE Tobacco Company Operations: Part 2-The Agriculture and Curing Operations”

For Episode 7, Enrique Sanchez, Founder and CEO of 1502 Cigars was our special guest. In our Debonaire Ideal segment we talked Boxing, and in our Deliberation Segment we looked back one year since the FDA Regulations were announced.

Our show is available on YouTube, Podbean, iTunes, Tune In Radio, and Google Play.