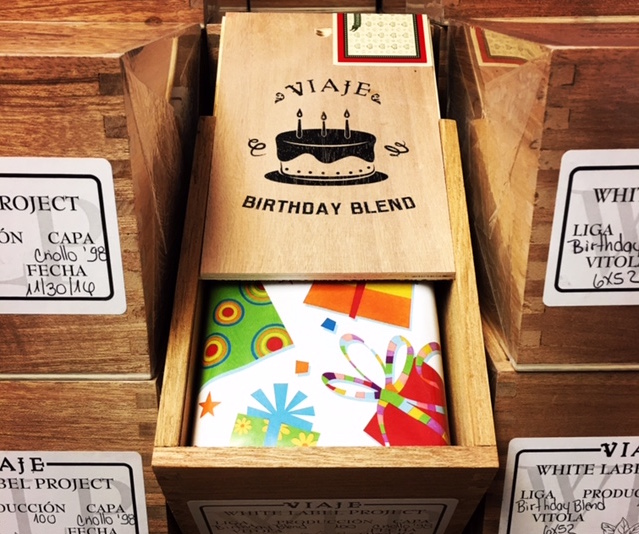 The Viaje Birthday Blend is returning for 2017. This will mark the second year the Birthday Blend has been released. The 2017 edition is expected to arrive at Viaje authorized retailers later this month.

This year’s Viaje Birthday Blend will feature a Criollo ’98 wrapper. This is a change from the 2016 release which featured a San Andres Maduro wrapper. The Birthday Blend once again returns in a 6 x 52 belicoso format. The 2017 will be packaged in 25-count boxes – with each bundle in the box individually gift wrapped.