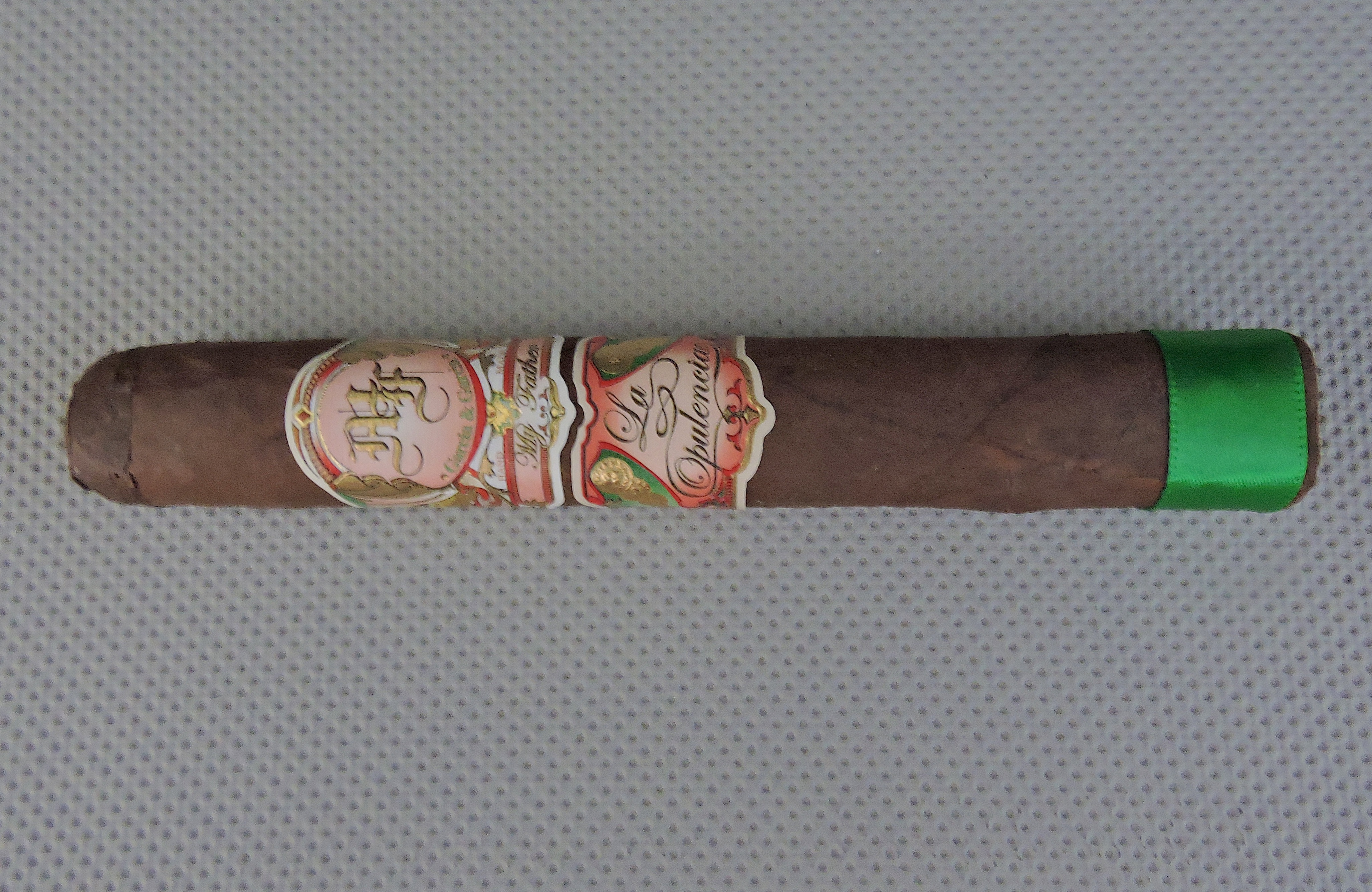 At the 2017 IPCPR Trade Show, My Father Cigars showcased a new offering under its flagship My Father brand called the My Father La Opulencia. La Opulencia introduces a Mexican wrapped offering under the My Father line. While this is the first My Father branded cigar to use a Mexican wrapper, it is not the first time they have worked with this wrapper. Several years ago, My Father produced a value-priced cigar known as the La Reloba Mexico. In addition, the company produced the original Murcielago Cigar for EO Brands and has made Mexican wrapped offerings for companies such as Tatuaje, L’Atelier, Ashton, Crowned Heads, Miami Cigar and Company, and Ortega Premium Cigars. With La Opulencia, the Garcias utilize a wrapper known as Mexican Rosado Oscuro. Today we take a closer look at La Opulencia in the Toro size. 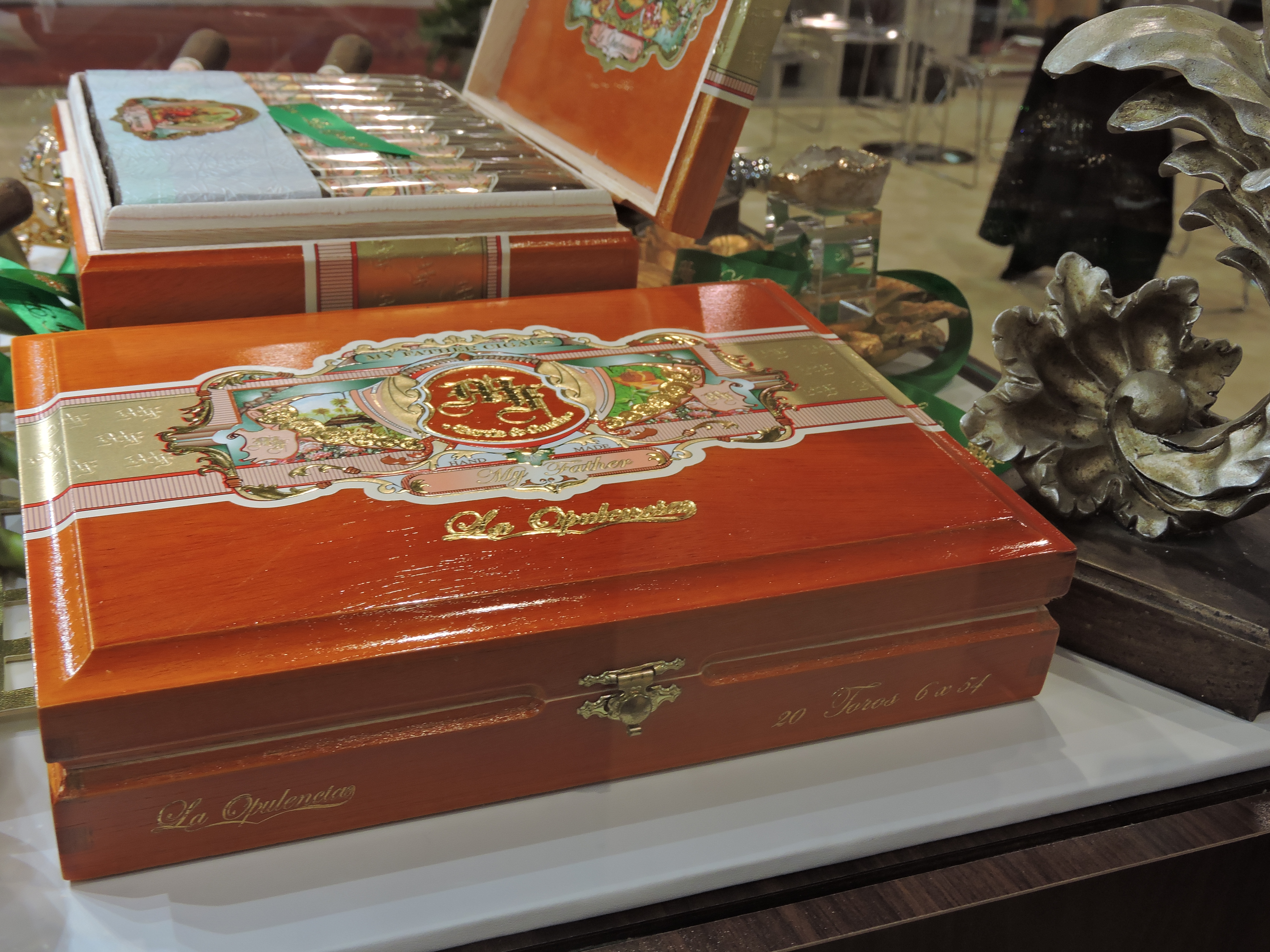 As for the name La Opulencia, it is an old Cuban trademark that has been resurrected by the Garicas. The name translates to “The Opulent”.

Without further ado, let’s break down the My Father La Opulencia Toro and see what this cigar brings to the table.

According to My Father Cigars, the Mexican Rosado Oscuro wrapper is a wrapper they have not worked with before. The cigar features two Nicaraguan binders – one Criollo and one Corojo. The fillers include Cuban-seed tobaccos. All of the Nicaraguan tobaccos come from farms owned by the Garcia family. These farms include El Pedrero, Las Lometas and La Bonita. The cigars are produced at the company’s My Father Cigars factory in Estelí, Nicaragua.

My Father La Opulencia is available in six box-pressed sizes. Each is packaged in 20-count boxes. 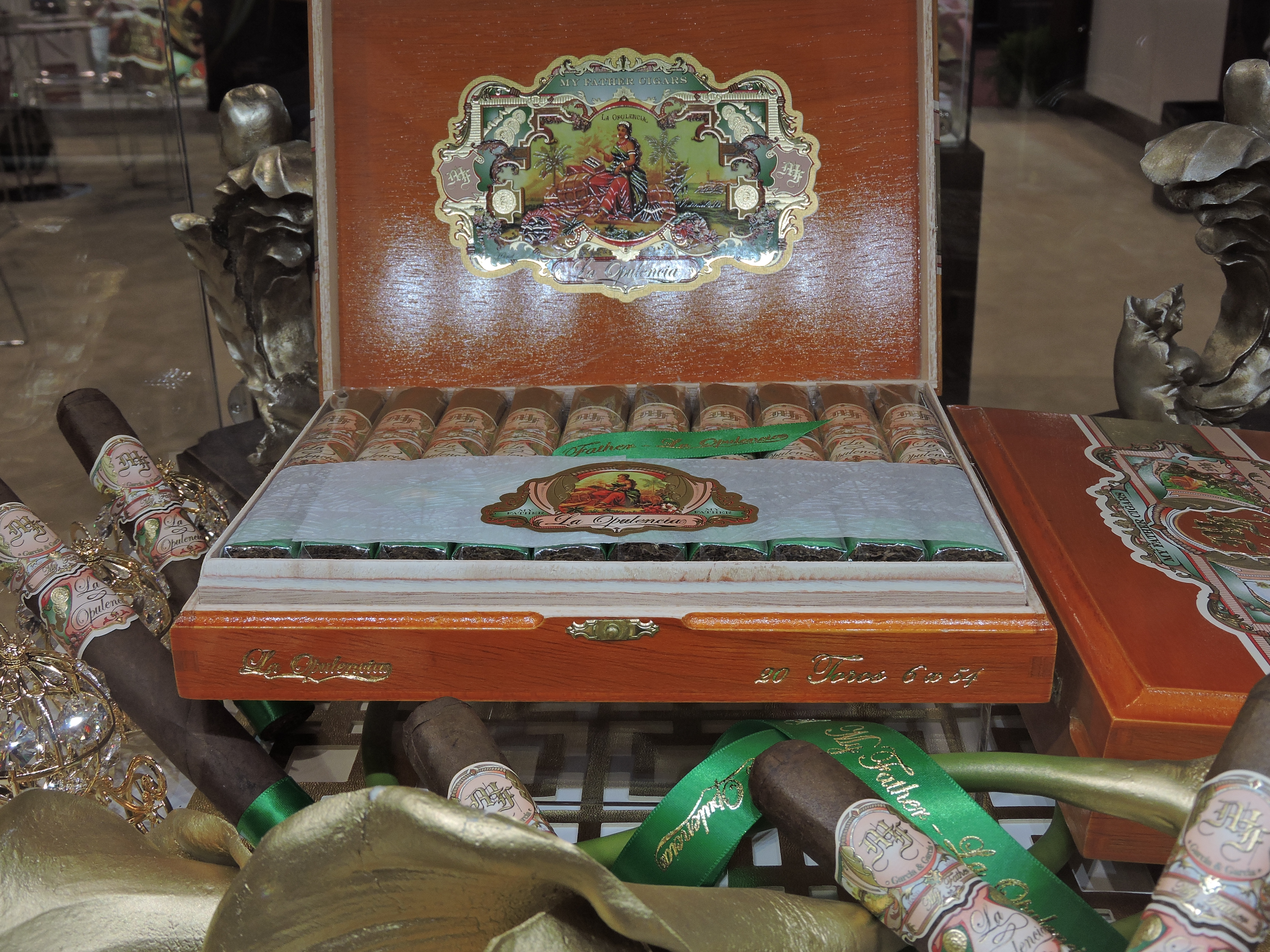 The Mexican Rosado Oscuro wrapper of the La Opulencia Toro had a chocolate brown color. The wrapper itself had a light coating of oil on it. This was a smooth wrapper with some thin visible veins. Any wrapper seams were also on the thin side. The box-press itself was more of a slightly rounded Cuban-press style.

There are two bands on the La Opulencia. The primary band is a variation of the classic My Father French-inspired band featuring a peach/pink, green, gold. The secondary band also features a similar band-style with a similar color scheme. A green ribbon surrounds the footer of the My Father La Opulencia.

As I normally do, I used a straight cut to commence the cigar experience of the La Opulencia Toro. After clipping the cap, I moved on to the pre-light draw phase. The dry draw delivered a mix of cocoa powder and a slight cedar note. Overall, I considered this to be an excellent pre-light draw. At this point, I removed the footer ribbon, lit up the La Opulencia Toro and awaited what the smoking experience would have in store.

The My Father La Opulencia Toro kicked off with a short blast of mixed pepper notes. Once the pepper subsided it gave way to a mix of earth and chocolate notes. The pepper settled into the background where it was accompanied by a mix of classic wood and cedar notes. As the cigar moved through the first third, the pepper notes settled into the distant background on the tongue, but were still quite prominent on the retro-hale.

Later in the first third, the earth notes took over as the sole primary note. The chocolate notes still kicked in from time to time. The cedar, classic wood notes, and pepper were also present in the background. I also now detected a slight citrus note in the background. This flavor profile continued into the second third.

By the midway point, I did notice an increase in the cedar notes. The cedar closed in on the earth notes, but never quite eclipsed them. Meanwhile, there still were notes of chocolate, classic wood, pepper, and citrus present, but they were in the distant background. This flavor profile pretty much continued for the duration of the smoking experience until the end. The resulting nub was slightly cool to the finish.

While there was a slightly wavy burn line on the My Father La Opulencia Toro, I still found this to be a low maintenance burn, and one that had little trouble maintaining a straight burn path. There was a little bit of flaking off the ash, but for the most part this was a firm ash. The ash itself had a light gray color to it. As for the burn rate and burn temperature, both were ideal. 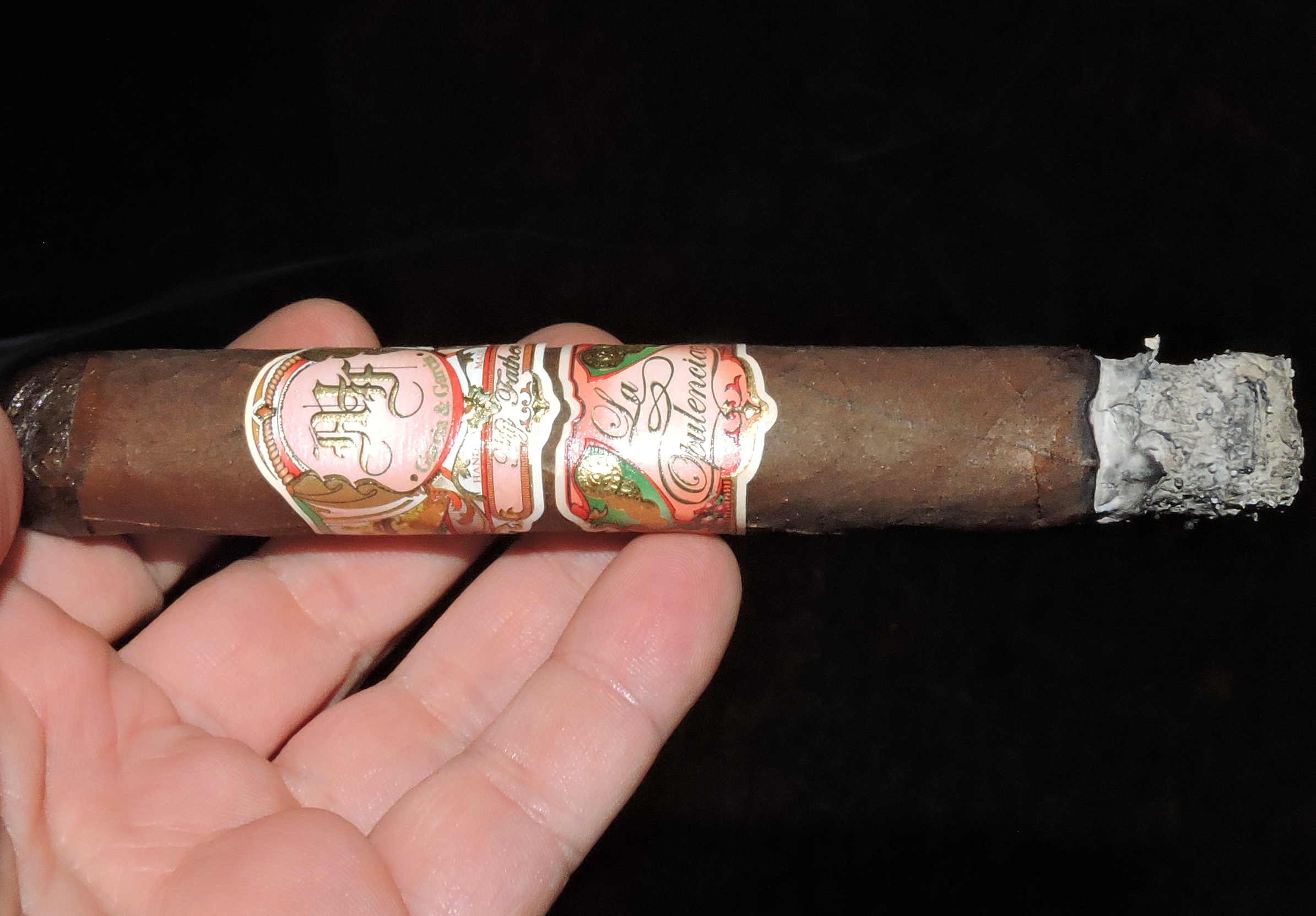 Burn of the My Father La Opulencia Toro

The draw to the La Opulencia Toro struck a nice balance of openness and resistance. This made for a low maintenance draw to derive flavor from.

Overall I found the My Father La Opulencia Toro to be a good cigar. It’s a cigar that I think has a lot more in terms of aging potential. While I limited this assessment to smoking the Toro size, I’m really curious to see how this particular blend performs in the other sizes because my gut tells me there are going to be some significant differences. While I wouldn’t quite put this at the level of the original My Father or My Father Le Bijou lines, the La Opulencia is still a pretty good cigar. It’s a cigar I’d steer to a more seasoned cigar enthusiast, but I wouldn’t discourage a novice from trying. As for myself, it’s one I’d smoke again – and it’s worthy of picking up multiple cigars.