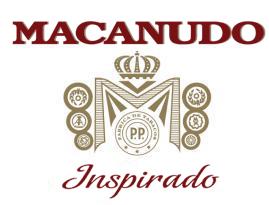 The Macanudo Red features an Ecuadorian Habano Ligero wrapper over a Nicaraguan binder from Jalapa and a combination of Nicaraguan and Honduran tobaccos. The Inspirado Red will be available in three sizes: Robusto Box-Pressed, Toro, and Gordo – each packaged in 20-count boxes.

In a press release, José de Castro, vice president of marketing for General Cigar’s Macanudo brand said, “As we celebrate the 50th anniversary of Macanudo, we created Macanudo Inspirado Red to speak to the brand’s unique ability to adapt to the preferences of today’s cigar lovers. Nicaraguan cigars are hot right now. With ‘Inspirado Red,’ we show how nimble the brand can be by introducing a unique, Nicaraguan-forward blend to the line, while highlighting the expertise of the torcederos from our cigar factory in Estelí.”

At a glance, here is a look at the Macanudo Inspirado Red: