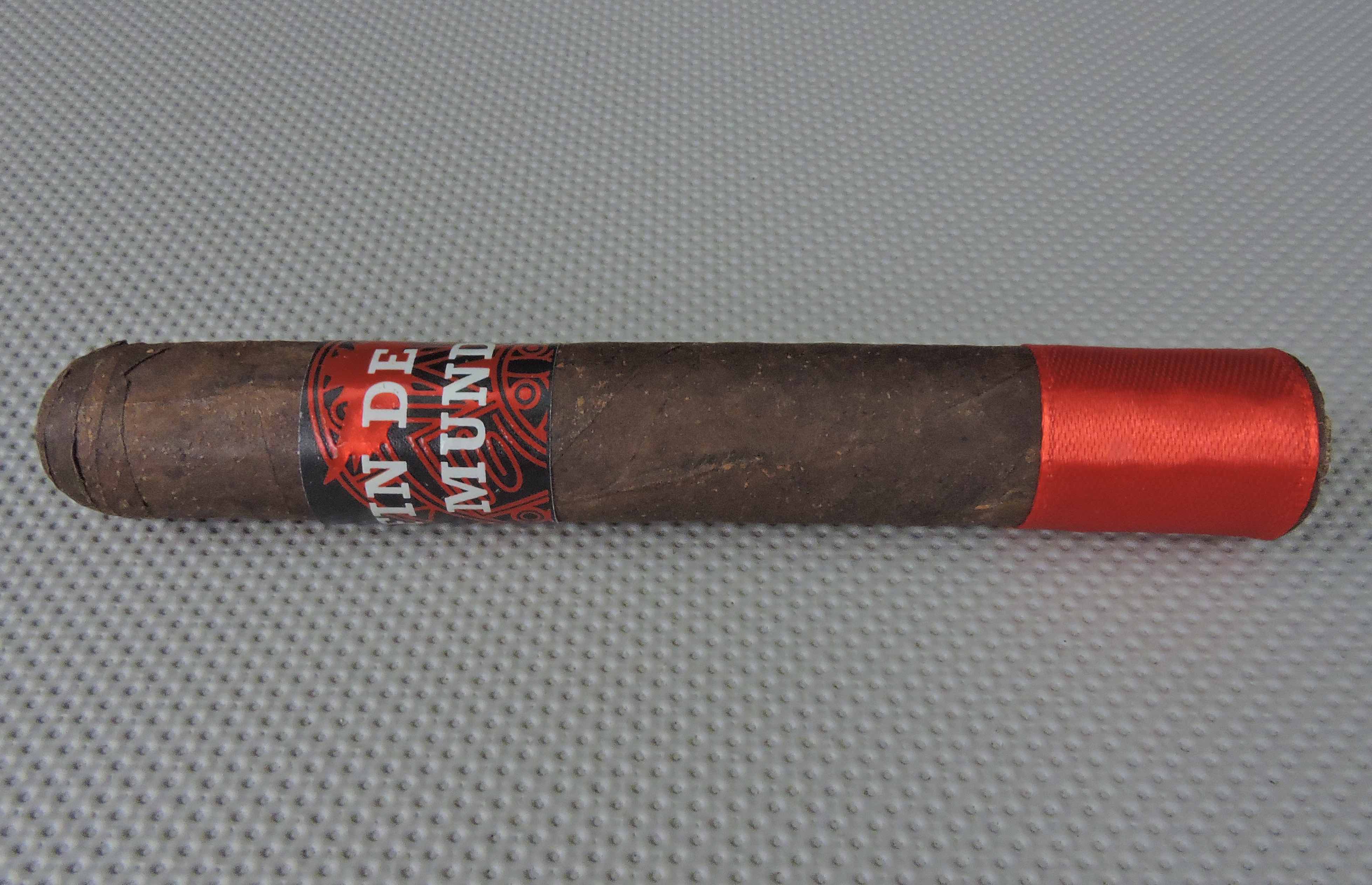 At the 2016 IPCPR Trade Show, Fred Rewey and Nomad Cigar Company showcased three cigar lines that would come out of James Brown’s Fabrica Oveja Negra operation. At the time, the cigars were introduced in a limited fashion in order to avoid an August 8, 2016 deadline imposed by the U.S. Food and Drug Administration (FDA) that would have required these cigars to undergo pre-market approval. One of those cigar lines would be Fin de Los Mundos, featuring a blend that Nomad Cigar Company founder Fred Rewey described as his strongest one to date. Fin de Los Mundos would have a full-blown release late in 2017. Today we take a closer look at Nomad’s Fin de Los Mundos in the Robusto size.

The other two cigars that were showcased at the 2016 IPCPR by Nomad were the Nomad GB-19 (a candela offering) and Nomad Signature. The GB-19 would have a national launch in 2016 while the Nomad Signature recently had its national launch.  These two cigars essentially sandwiched the release of Fin de Los Mundos, which kicked off at Fort Worth’s Underground Cigar Shop in December 2017.

GB-19, Fin de Los Mundos, and Nomad Signature would be the final three projects for Rewey at Nomad Cigar Company. In September, Rewey announced he was selling the company to Ezra Zion Cigar Company, who used to be part of the Boutiques Unified distribution arm with Rewey. The name Fin de Los Mundos means “End of the World” – does that refer to the fact this was up against the 2016 FDA deadline or a precursor to the fact that he would sell the company some time later?

Now we turn our attention to the Nomad Fin de Los Mundos Robusto and see what this cigar brings to the table.

With Fin de Los Mundos, it’s not Rewey’s first time around the block with Pennsylvania Broadleaf.  The Nomad Therapy Maduro, which came out of AJ Fernandez’s factory, also used this leaf.  The remainder of the blend consists of a Nicaraguan Habano binder and fillers from Nicaragua, Pennsylvania, and the Dominican Republic.

Fin de Los Mundos is offered in four sizes. Each is presented in 20-count boxes

The band to Fin de Los Mundos is black with a metallic red design of the upper portion of a clock in the background. Draped over the clock is the text “FIN DE LOS MUNDOS” in white font. The far right side of the band has a small winged Nomad logo with the text “NOMAD CIGAR CO” in a silver-gray font. Just below that in landscape mode is Rewey’s Twitter handle “@GODFADR” – also in silver font.

The cigar is finished with a red ribbon surrounding the footer.

The Fin de Los Mundos Robusto opened up with notes of red pepper, mocha, earth, and a slight amount of dried fruit. The mocha and red pepper notes moved into the forefront early. While I categorize mocha as a cross of coffee and chocolate, in this case, the coffee component of the mocha was more prominent. As the cigar progressed through the first third, the red pepper notes subsided and the earth notes joined the mocha in the forefront. Meanwhile, there was an additional layer of red pepper on the retro-hale.

By the last third, the red pepper was on par with the coffee and earth notes. There still were notes of baker’s spice and, to a lesser extent dried fruit, in the background. This is the way the Fin de Los Mundos Robusto came to a close. The resulting nub was slightly soft to the touch and cool in temperature.

Both Nomad and Fabrica Oveja Negra have established an excellent reputation when it comes to construction and the good news is the Nomad Fin de Los Mundos Robusto doesn’t miss a beat in this area. The cigar maintains a straight burn path and keeps a straight burn line with a normal number of touch-ups along the way. The resulting ash was mostly silver-gray in color and was skewed toward the firm side. 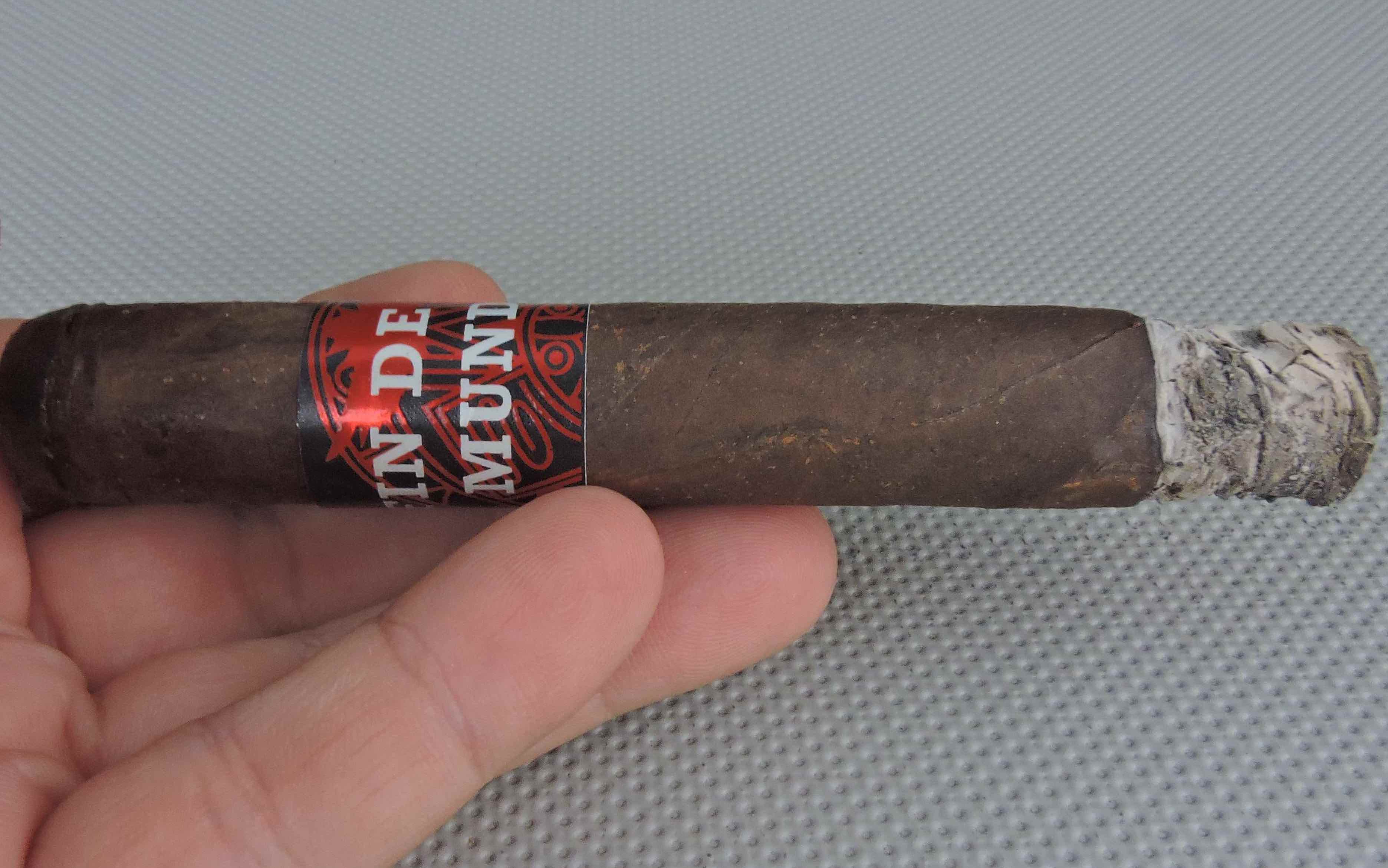 The draw to the Fin de Los Mundos Robusto had a pleasant touch of resistance to it. At the same time, this was a cigar that was low maintenance in terms of deriving flavor.

The strength of the Fin de Los Mundos Robusto started right at medium to full. The intensity increased and by the 3/5 mark, the strength progressed into full territory – where it would increase slightly more before the end of the cigar experience. Meanwhile, the flavors started out medium-bodied. The body increased gradually and by the midway point, the cigar was in medium to full-bodied territory. There also was a slight increase in body in the second half, but in the end, the Fin de Los Mundos Robsto remained in the medium to full-bodied range of the spectrum.

In terms of strength versus body, I found the strength had the edge with the Fin de Los Mundos Robusto from start to finish.

An argument could be made that this is the strongest cigar to come out from Nomad.  While the Fin de Los Mundos Robusto is a cigar that is not short on flavor, the one thing to note is that this is going to be a cigar that is strength-forward – and I do think there is a place for a cigar in the market for a cigar fitting this bill. This won’t be a cigar with a radically unique flavor profile, but the flavors delivered were solid. This is a cigar I’d recommend to a more seasoned cigar enthusiast – especially one looking for a bold cigar. As for myself, I can see myself picking this cigar up and smoking it from time to time.