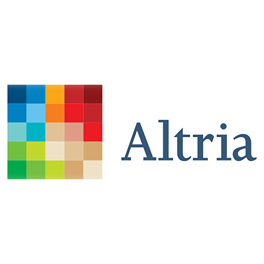 Last month, tobacco giant Altria announced it will support federal legislation that would mandate a minimum age of 21 to purchase any tobacco product.

The move was made in anticipation of the U.S. Food and Drug Administration (FDA) calling for a ban on flavored tobacco. Last month in the Unified Agenda the FDA stated in a pre-rule it would be looking at banning flavored tobacco. Prior to that, Secretary of Health and Human Services Alex Azar and FDA Commissioner Dr. Scott Gottlieb wrote an op-ed to the Washington Post stating they were alarmed by the use of e-cigarettes by youth and stating it was an epidemic. Last week, Gottlieb announced the FDA would be pursuing a full ban on all flavored tobacco products.

Following the op-ed, on October 25 Altria responded stating it was taking steps to address the “epidemic” that Azar and Gottlieb wrote about. A letter from Altria Chairman and CEO Howard Willard III was sent to Dr. Gottlieb outlining plans to address the issue. The company said it was removing its pod-based products from the market and all flavored e-vapor products except for tobacco, menthol, and mint. In the letter, the company also stated it would support federal legislation raising the minimum age to purchase tobacco to age 21. Altria said the removal of the products would continue until they either receive FDA authorization to market the products or the youth issue is addressed.

“While we do not believe we currently have a youth issue associated with cig-alike products or their flavors, we again do not want to risk contributing to the issue,” wrote Willard, who added “We believe in the face of current e-vapor and other youth-related concerns, now is the time to support federal legislation to raise the minimum legal age to purchase  tobacco products to age 21, and set a national standard. We recognize that FDA does not have the authority to raise the minimum legal age. We will share our views with members of Congress and encourage them to consider an increase in the minimum age to 21 to purchase tobacco products to 21 as part of their tobacco-related legislative priorities.

Altria is also the parent company to Nat Sherman, a premium cigar brand acquired by Altria in 2017.

The movement to raise the minimum age to 21 has occurred in many local municipalities and several larger cities. In addition, six states currently have a tobacco minimum age of 21. These states include: Hawaii, California, New Jersey, Maine, New Jersey, Oregon, and Massachusetts.