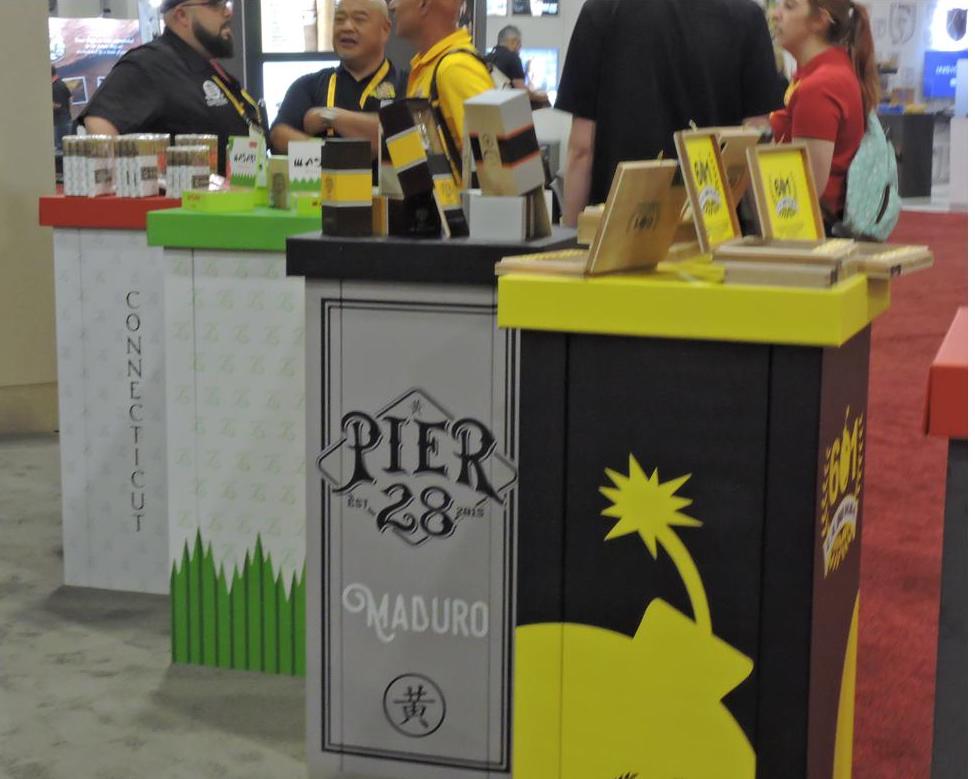 2019 was the fourth IPCPR Trade Show for Tim Wong and Pier 28 Premium Cigars. Each year, Pier 28 has been able to use the IPCPR Trade Show to launch a new release. Along the way, the company is building a very nice portfolio of high-quality cigars.

As it has for the past three years, Pier 28 shared space as a part of Espinosa Cigars booth. This year, the Espinosa booth was one of the more uniquely designed ones as it was made out of 100% recycled cardboard. This included the stands that were at the booth for all of the brands – including Pier 28 Premium Cigars. 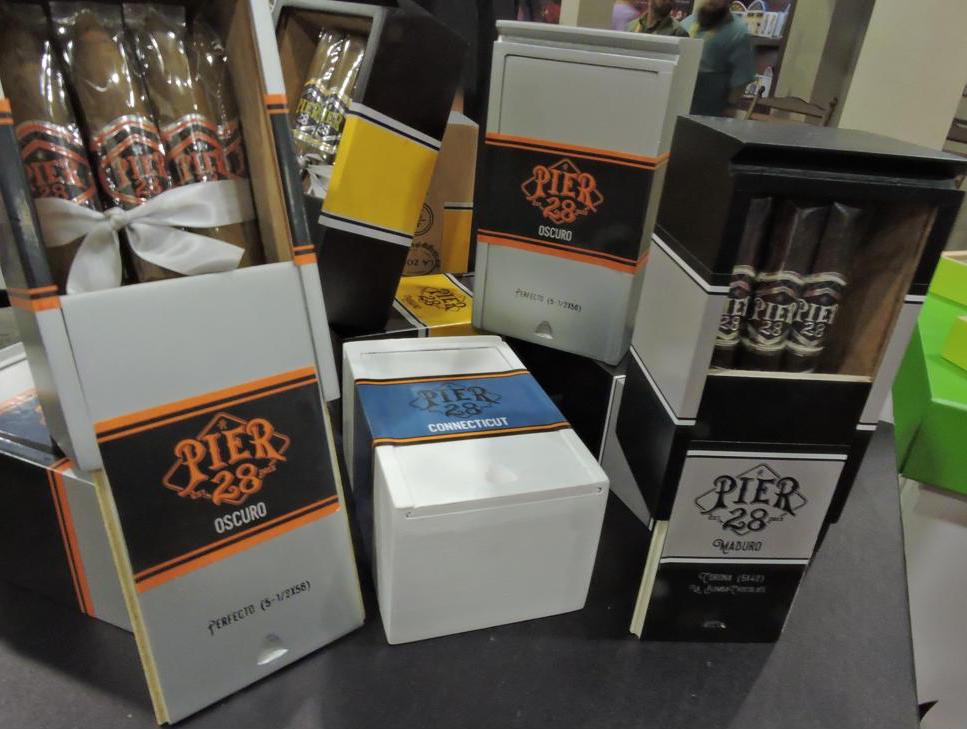